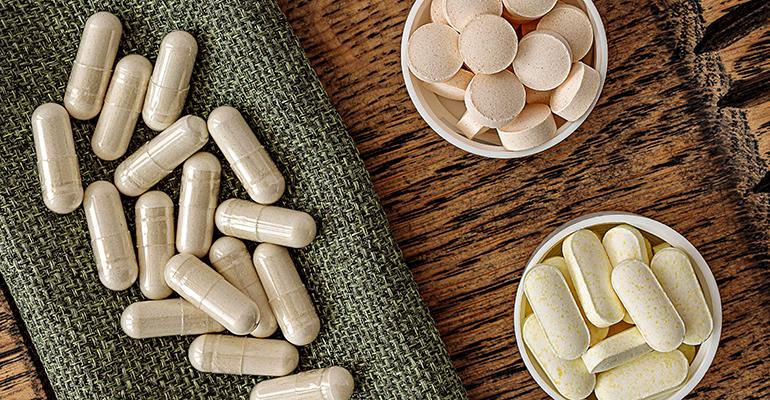 The FDA does not plan to object to the sale of an NAC-containing product labeled as a dietary supplement, according to its newly released guidance.

The Food and Drug Administration plans "to exercise enforcement discretion" concerning the distribution and sale of certain products labeled as dietary supplements and containing NAC (N-acetyl-L-cysteine), according to the final guidance published Monday.

The four-page guidance was issued roughly two years after the FDA proclaimed in warning letters that NAC was excluded from the definition of a dietary supplement due to its approval as a drug in 1963.

The warning letters prompted Amazon to remove NAC supplements from its ecommerce website while causing an uproar in the dietary supplement industry. Industry trade groups said NAC has been safely marketed in nutritional products since at least the early 1990s, based on documents provided to the FDA.

The FDA's "enforcement discretion policy applies to products that would be lawfully marketed dietary supplements if NAC were not excluded from the definition of 'dietary supplement' and that are not otherwise in violation of the FD&C [Federal Food, Drug & Cosmetic] Act," according to the final guidance.

The FDA does not plan to object to the sale of an NAC-containing product labeled as a dietary supplement solely "because the product is intended to affect the structure or any function of the body of man," the agency said in the guidance.

"However, this enforcement discretion policy does not apply to an NAC-containing product that is labeled as a dietary supplement but is intended for use in the diagnosis, cure, mitigation, treatment or prevention of disease and, therefore, is a drug under section 201(g)(1)(B) of the FD&C [Federal Food, Drug & Cosmetic] Act," the FDA added. "Likewise, for example, the enforcement discretion policy does not apply to NAC-containing products that are adulterated or misbranded under the FD&C Act (other than those misbranded only because they contain NAC and are labeled as dietary supplements)."

The FDA's guidance, which is scheduled to be published Aug. 2 in the Federal Register, has been in the works for months. On March 31, the FDA confirmed in its response to two citizen petitions filed by the Council for Responsible Nutrition (CRN) and Natural Products Association (NPA) that NAC is excluded from the definition of a dietary supplement.

The FDA, however, said it was considering commencing a rulemaking to authorize NAC in dietary supplements, in response to a request from NPA in its citizen petition. the FDA also disclosed it was considering exercising enforcement discretion for certain NAC-containing products labeled as dietary supplements and planned to issue guidance about its policy. Three weeks later, the FDA published a draft NAC guidance.

In the final guidance, the FDA said it intends to exercise enforcement discretion until it completes a notice-and-comment rulemaking or denies NPA's request for rulemaking. That is unless the FDA identifies any safety-related concerns in its review of NAC-containing supplements.

Industry leaders respond to the decision

Dan Fabricant, president and CEO of NPA, which challenged the FDA's position on NAC in a lawsuit filed in U.S. District Court in Maryland, described the final guidance as "a big win" yet "bittersweet for sure."

"Citizens petitions and lawsuits are extreme measures and should be the rare exception, not the rule," Fabricant said in a written statement. "The industry experienced significant economic harm as a direct result of the agency's years-long and inexplicable delays on NAC, but thankfully our actions held FDA accountable and forced their hand on issuing final guidance."

He added, "We hope this is a teachable moment for the agency that expedites resolution on any remaining issues on NAC with FDA and that basic regulatory obligations in the future are handled in the timely and professional manner befitting of the world's gold standard."

Loren Israelsen, president of the United Natural Products Alliance (UNPA), said his organization is pleased with the FDA's plan to exercise enforcement discretion for the sale of NAC-containing supplements. "UNPA will be actively engaged" in the rulemaking process if the FDA moves forward with one, he said.

"The winner today is the dietary supplement consumer," Israelsen said in an email to Natural Products Insider. "NAC is an important product to many, and concerns about NAC coming off the market were widespread."

Israelsen believes comments filed by UNPA and other organizations regarding NAC's evidence of "long and safe use" helped the FDA reach its decision Monday, he added.

"It's no secret that obtaining final guidance regarding NAC was always one of NPA's goals in pursuing litigation as opposed to relying solely on its citizen's petition," Kevin Bell, outside counsel to NPA, said in an email. Bell, who is a partner with the law firm Arnall Golden Gregory LLP, added, "Industry, and especially large online retailers, should now have the level of clarity and comfort from the agency to go back to the business of selling NAC."

Megan Olsen, senior vice president and general counsel with CRN, said in a written statement that her organization "appreciates FDA providing this final enforcement discretion, but CRN continues to disagree with FDA's interpretation of the drug preclusion clause that led to the need for this policy in the first place."

CRN and other trade organizations argued the drug preclusion in the law does not apply to NAC-containing supplements. FDA refuted those arguments in its response to the CRN and NPA citizen petitions.

Olsen also questioned FDA's delay in initiating a rulemaking, and she encouraged the agency to explore avenues to expedite a rulemaking, such as using interim rulemaking authority.

"FDA has suggested that it cannot start the rulemaking process under the exclusion to the drug preclusion clause because it is still reviewing the safety of NAC," she said. "FDA has had access to safety information provided by stakeholders at the request of FDA for more than six months, and this ingredient has been sold as a dietary supplement for decades without any safety issues being raised. FDA has had ample time to raise any safety concerns; continuing to stall on the rulemaking at this point just harms businesses and consumers."

Duffy MacKay, senior vice president of dietary supplements with the Consumer Healthcare Products Association (CHPA), welcomed FDA's final guidance, though he expressed concerns over the impact of the amount of government and industry resources devoted to such issues.

"FDA's decision to allow continued access to NAC as a dietary supplement is welcome news for consumers who benefit from this safe ingredient," MacKay said in an emailed statement. "However, the amount of industry and federal resources used to resolve confusion surrounding single ingredients like CBD and NAC has shifted FDA and industry focus away from critical issues like the need for comprehensive modernization of dietary supplement regulations that would provide market certainty. While CHPA appreciates FDA's progress on NAC, we remain focused on long-term improvements that will enhance product safety and integrity while increasing industry transparency."

Amazon did not immediately reply to a request for comment on the final guidance.

Recent history of the FDA and NAC

July 2020—The FDA sends warning letters to companies making products claims relating to hangovers. Several of the letters mention NAC is excluded from the definition of a dietary supplement since it was approved as a new drug on Sept. 14, 1963.

May 2021—Amazon confirms to Natural Products Insider that it is in the process of removing NAC-containing supplements from its e-commerce platform.

August 2021—The Natural Products Association (NPA) files citizen petition, requesting the FDA find NAC is not excluded from the definition of a dietary supplement, or alternatively, recommend the secretary of U.S. Department of Health and Human Services publish a regulation through notice and comment, finding NAC is lawful in supplements.

December 2021—NPA sues the FDA, seeking a preliminary and permanent injunction that would prohibit the FDA from taking any regulatory action against distributors, manufacturers or sellers of NAC based on the claim that the so-called drug exclusion in Dietary Supplement Health and Education Act (DSHEA) applies retroactively to NAC.

March 2022—The FDA reaffirms NAC is excluded from definition of dietary supplement, but says it is considering initiating a rulemaking. the FDA's response is 25 pages, excluding footnotes, and full of legal analysis.

April 2022—The FDA issues draft guidance on NAC regarding policy of "enforcement discretion."

August 2022—The FDA publishes final guidance on NAC in move lauded by some industry trade associations.