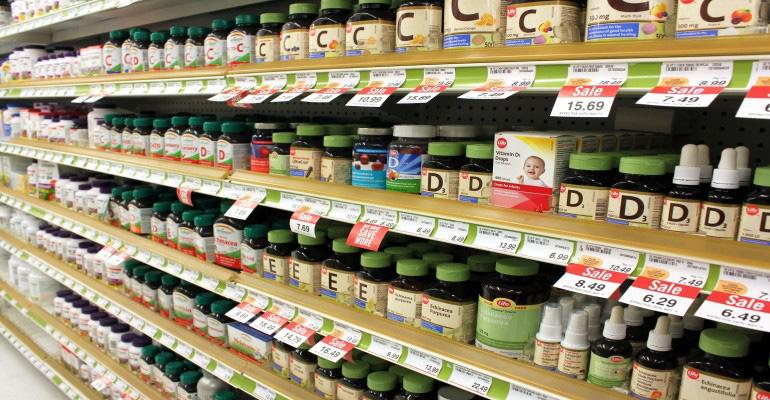 The head of the FDA's Office of Dietary Supplement Programs highlights what she perceives as the benefits of requiring manufacturers to register products with the agency.

The top U.S. official charged with regulating dietary supplements reiterated the Food and Drug Administration's support for requiring companies in the fast-growing sector to list their products with the agency.

In its justification for the FY23 budget proposal to Congress, the agency said mandatory listing would allow the agency to know when new dietary supplement products are introduced.

The U.S. market contains more than 50,000 dietary supplement products—and perhaps as many as 80,000 or more, the FDA estimates. It estimated 4,000 products populated the category in 1994 when Congress passed the Dietary Supplement Health and Education Act (DSHEA). Dietary supplements are not subject to pre-market approval, though manufacturers generally have a duty to notify the FDA before marketing new dietary ingredients in their products to ensure supplements containing the NDIs are reasonably expected to be safe.

Greater visibility into the market via a listing regime would enable the FDA "to quickly identify illegal products" and "promote a risk-based regulation," says Cara Welch, who oversees the FDA's Office of Dietary Supplement Programs (ODSP). 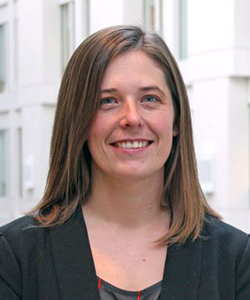 "From the FDA's perspective, a product listing system would improve the FDA's regulation of dietary supplements by providing that important transparency into the marketplace, and over time, allowing the FDA to see how the marketplace changes with new products and new ingredients," adds Welch, who has worked at the FDA since 2014 and was tapped a few months ago to serve as ODSP's permanent director.

Welch spoke with Natural Products Insider on May 26, one day before the FDA Safety and Landmark Advancements (FDASLA) Act was introduced in the U.S. Senate. The bill is considered a piece of must-pass legislation since it reauthorizes the FDA's prescription drug, generic drug, biosimilar and medical device user fee agreements. The FDASLA Act also incorporates provisions affecting cosmetics and dietary supplements, including requirements that dietary supplement products be listed with the FDA and that the FDA create and maintain a database of the listed products.

Several industry trade associations criticized the bill last week, including those that have generally supported the MPL concept. Provisions in the FDASLA Act affecting dietary supplements differ in some respects to a standalone MPL bill previously introduced by Sen. Dick Durbin (D-Ill.) and co-sponsored by Sen. Mike Braun (R-Ind.).

Welch says the FDA doesn't comment on specific legislation being discussed on Capitol Hill. However, she outlined in broad strokes the benefits of MPL and addressed some of the criticisms by industry stakeholders opposed to the FDA's proposal. Information obtained through an MPL regime "would be able to strategically impact the FDA's risk-based activities, including product analysis, inspectional activities and imports," she says. "And as we understand how the marketplace is evolving, we can adjust accordingly."

Under an MPL system, the FDA would have "insight into new ingredients or new product types being introduced to the market, as well as where products are being manufactured," Welch says. "And the location information is clearly helpful to apply to the FDA's facility inspections." The FDA could apply this information to its sampling and testing programs, and activities at the U.S. ports of entry, Welch says. Information obtained through an MPL regime would help the FDA prioritize its "limited resources on the areas that make the biggest impact," she adds.

Looking at how MPL could promote risk-based regulation, Welch says that gaining insight into the ingredients and products on the dietary supplement market—including imported products—would influence how the FDA invests its resources into such work as sampling and testing, as well as activities at the U.S. ports of entry.

"If we understand where specific products are being manufactured, whether it's a higher-risk ingredient or product type, that allows us insight into which facility inspections we should be prioritizing this year versus other years," Welch explains. "And I think that's what we're getting at with a risk-based regulation," she adds. "Where is the best use of our resources? What products should we be sampling and testing? Right now, we don't necessarily have a lot of insight into the formulation of the products that are being imported."

Welch also addressed criticism from MPL naysayers that companies selling adulterated products marketed as dietary supplements—the so-called bad actors already violating the law—will not list their dietary supplement products with the FDA, even if it's required. A listing requirement would apply to everyone, "leveling the playing field," she says.

"Those that choose not to comply with that requirement would be that much more obvious to really the entire marketplace," Welch says. "It ties somewhat to the concept of whether or not the mandatory product listing has a public-facing database and whether or not it requires a listing number or identifier on the product label."

All that information would enable "the FDA, as well as consumers, retailers [and] other industry members, to act as a gatekeeper to these products," Welch said.

If a product is introduced to the market but does not match the listing in a public database, the FDA would be able to identify it.

Access to such information would not be limited to the FDA, however. Retailers, for example, could check a public database of listed dietary supplement products before deciding to carry a particular supplement.

MPL "levels the playing field for everyone so that information is out there in the public sphere, all in one place, in a public-facing database—again assuming that's part of the system," Welch says.

Cara Welch's quote that begins "If we understand..." was inadvertently duplicated in the 11th paragraph. The duplication has been removed.
TAGS: Manufacturer and Brand
0 comments
Hide comments
Related