HomeNewsRegulatoryFDA official says 'Office' of Dietary Supplements could be created by year’s end
Recent
Latest
4 tips to get ahead of chemical concerns in packaging
May 20, 2022
7 CBD favorites in the increasingly popular gummies format
May 20, 2022
Mission MightyMe helps parents introduce allergens to babies
May 20, 2022
UNFI's Eric Dorne to step down as chief operating officer
May 20, 2022
Trending
Whole Foods' honors 30 companies with 10th annual Supplier Awards
May 18, 2022
Sponsored Content
The rise of sustainable business – eGuide
Sponsored Content
Getting ready for 2023: Trends for brands to consider
May 17, 2022
Sponsored Content
Unboxed: 7 plant-forward ice creams to stock this summer
May 10, 2022 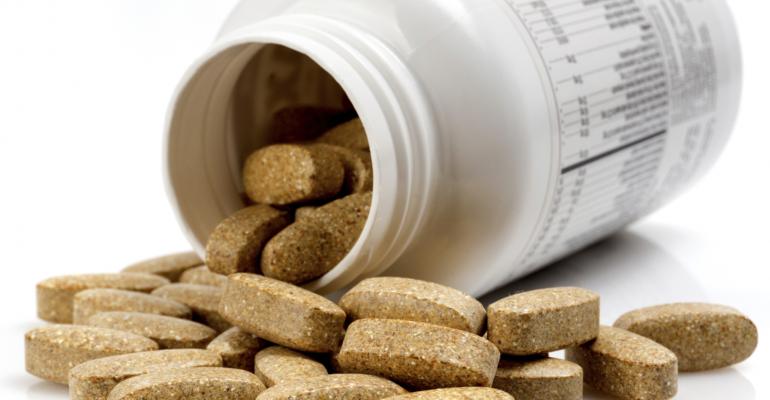 Less than two months after a coalition of trade groups asked the Food and Drug Administration to elevate the Division of Dietary Supplements Programs, an FDA official speaking at the Council for Responsible Nutrition Thursday said the office could be created &ldquo;by the end of the year.&rdquo;

The elevation of the FDA’s Division of Dietary Supplement Programs to “office” status, a move that could give regulators more enforcement tools, could come “by the end of the year,” an FDA official told the audience at the Council for Responsible Nutrition conference Thursday.

Ted Elkin, director of the FDA’s Office of Analytics and Research, told the attendees that the Secretary of Health and Human Services has "signed off" on a letter to Congress asking approval for the administrative restructuring and that he didn’t foresee any obstacles. “I don’t think there is anything political holding that up,” Elkin said.

CRN President and CEO Steve Mister said he was "really encouraged" by Elkin's remarks. "This is in everybody's interest," Mister said, adding that the council is ready to rally the industry if anybody in Congress questions the request.

Elkin’s revelation of the "end of the year" time frame comes less than two months after a coalition of trade groups including CRN, the Natural Products Association and the United Natural Products Alliance wrote to the FDA requesting the agency make the change, but CRN President Mister said the council "has been pushing this for about a year." Since former DDSP head Dan Fabricant left the agency in April of 2014 to go back to the National Product Association, there have been interim deputy directors, Mister noted, explaining that it is in the agency's interest to elevate the office. "It will be easier to attract really good talent."

Many in the supplement industry are hoping the elevation to office status will lead to more active enforcement, but Elkin said it was not clear what resources would be available in the near future. The effects may not be immediate, he said. “We’re not going to get everybody we need at one time,” Elkin said.  As an office, supplement regulators will still need the Department of Justice to take enforcement action, but Mister said the FDA may have "more sway to lean on justice and say 'we really need to set some examples.'"

“I think they know that there is a lot of pressure on them to do more in the area of supplements,” Mister added. Industry insiders have described a growing consensus that more regulation, including a pre-market notification program, is needed to help guard against growing public doubt.

Elkins did say he expected a new level of “engagement” with the industry. In particular, Elkin said he hoped the industry could help alert regulators to bad players in the industry. “Any intelligence you have about that would be helpful,” Elkin said. “We can’t do it on our own.”

Taking questions after his remarks, Elkin said the agency may also change how it communicates with consumers, including alerts and clarification that may reflect positive news concerning supplements. “We’re not getting the message out,” he said, explaining that new efforts could include social media messaging.

“I think we are committed to getting go the place where we are being stewards to you.”