Front-of-package labels back in the spotlight 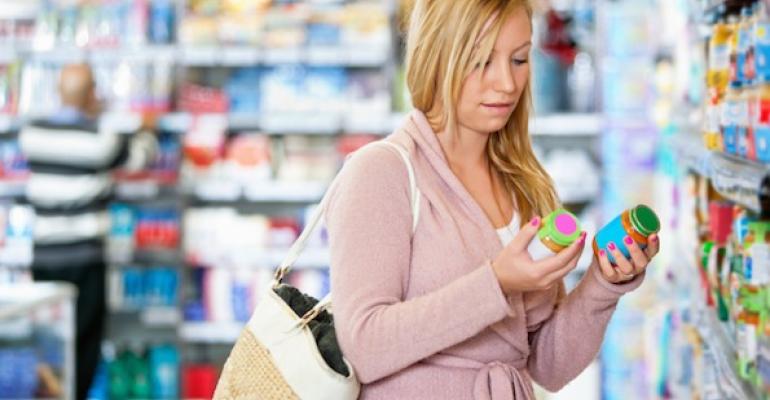 A new bill proposes that food products should carry a standardized, front-of-pack label to inform shoppers about healthier choices. What does industry think?

GMO labeling is the hottest issue in the natural products industry, especially as November voting season looms closer. But direct your attention away from the GMO symposium for a moment. Let’s talk about a different type of labeling: front-of-pack (FOP) labeling.

Though the FOP labeling issue has been simmering for years, the discussion resurfaced due to recently proposed legislation. Mid-September, Rep. Rosa DeLauro, Sen. Richard Blumenthal, and Rep. Frank Pallone, cosponsors of the Food Labeling Modernization Act of 2013, aimed to amend the Food, Drug, and Cosmetic Act by requiring the definition of ambiguous terms such as "natural" and "healthy," disclosure if a product contains over 10 mg caffeine, and inclusion of the percentage of whole grains on the package in order to claim "whole grains." The bill also posits that food products should contain a standardized front-of-pack (FOP) labeling system.

Do you think front-of-pack labeling standards would help or hinder the natural products industry?

The Food, Drug, and Cosmetic Act was last updated in 1990, and some sections have not changed since 1938, according to the Center for Science in the Public Interest.

FOP labeling systems are not a new idea, and they already exist. Institutions ranging from the Grocery Manufacturer's Association (GMA) to retailers like Walmart or Hannafords have proactively formed their own methods to educate consumers on what products are better for them. A few examples include "Guiding Stars," "Facts up Front," "Nutrition at a Glance," and "Smart Choices." Though potentially perplexing given their variability, many in the food industry believe that FOP labels are a step in the right direction.

Plus, while research shows that people can better identify healthier products with a FOP label that incorporates colors such as green, yellow, or red, the jury is still out on whether the labels demonstrably influence consumer buying patterns.

Regardless of their fallbacks, FOP labeling has its proponents. "I personally find FOP labeling to be a valuable and useful concept," says Loren Israelsen, president of United Natural Products Alliance. With stagnant obesity levels, he believes any improvement in health education is worthwhile. "But the packaged foods industry is highly resistant, and they will continue to be until they can figure out how to make FOP a useful asset."

As evidenced by the many types of FOP labels, one of the main issues with labeling is that the system is fragmented. Because various organizations decide what information should be included on the labels, consumers grow confused.

In hopes of streamlining this disconnect, the Food Labeling Modernization Act of 2013 dictates “there should be a single simple, standard symbol system.” Israelsen agrees. “FOP labels must be standardized,” he says. “Right now manufacturers, organizations, and even retailers are creating their own labeling. For FOP labeling to work, the colors, type font, and methodology must be the same. Do this and we can change consumer buying patterns.”