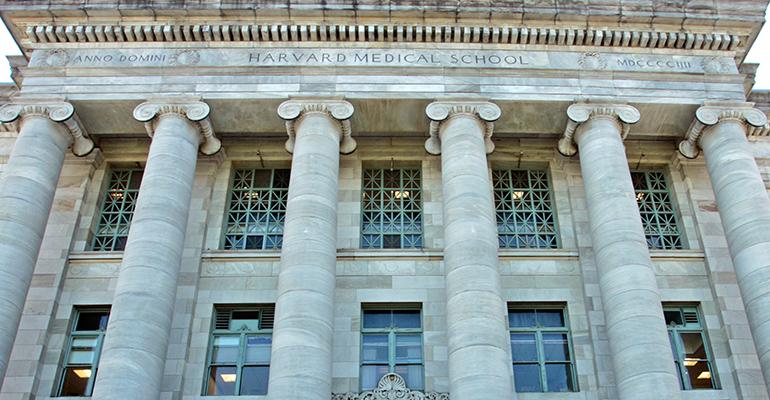 A Harvard medical professor who studies dietary supplements maintains a bill in the U.S. Senate "is a waste of taxpayer money" and will limit—not further—FDA’s ability to enforce the law.

Harvard Medical School associate professor Pieter Cohen has been researching dietary supplement products for well over a decade—and he is not in favor of the proposed mandatory supplement listing bill.

“I think this bill is a waste of taxpayer money,” Cohen said of the “Dietary Supplement Listing Act of 2022,” a bill introduced April 26 in the U.S. Senate. 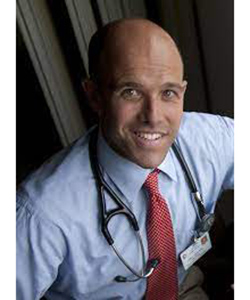 Many of Cohen's peer-reviewed papers are focused on the presence of undeclared drugs in products marketed as dietary supplements and their potential hazards to consumers, as well as problems with FDA enforcement and the U.S. regulatory framework governing supplements.

Cohen, who’s been quoted in such mainstream media giants as the The Washington Post, The New York Times and The Wall Street Journal, is a familiar name to the supplement industry, the size of which has swollen to over $55 billion in annual sales from just $4 billion in 1994. Whether Cohen is considered “friend” or “foe” to the supplement sector, stakeholders agree his research is influential and seizes the attention of consumer advocacy groups, media, lawmakers and regulators.

The Massachusetts physician has long advocated for reforms to the Dietary Supplement Health and Education Act of 1994 (DSHEA) to better protect consumers.

Senate Bill 4090 would require manufacturers of dietary supplements to list their labels and other information with FDA. Products subject to the listing mandate but that failed to meet the requirements would be deemed “misbranded” under U.S. law.

The burden would fall on the U.S. Food and Drug Administration to maintain a database of dietary supplement products. The bill earmarks $4 million in FY22 to support such efforts, including hiring personnel, as well as $1 million per year in fiscal years 2023 through 2026.

Cohen—who runs the Supplement Research Program at Cambridge Health Alliance—said the bill would duplicate another government database, fails to provide the FDA additional enforcement tools and would burden FDA over the long term with administrative tasks, reducing its ability to enforce DSHEA.

“If you don’t want DSHEA enforced, this is a great next step,” he said.

Database would duplicate one that NIH maintains, critic says

The proposed FDA database would essentially replicate a database under the care of the National Institutes of Health (NIH), the world’s largest biomedical research agency, Cohen said.

The Dietary Supplement Label Database maintained by the Office of Dietary Supplements (ODS) contains the labels of more than 136,000 dietary supplement products either currently or previously sold in the U.S., according to a column written by NIH officials and published this month by Natural Products Insider. https://www.naturalproductsinsider.com/regulatory/nih-dietary-supplement-label-database-dsld-robust-public-resource

Rich Bailen, a program analyst with ODS, wrote in an email that a search he conducted for “on market” labels yielded 85,685 labels as of April 29.

The FDA has estimated the U.S. market contains as many as 80,000 dietary supplement products.

The mandatory listing bill “appears with taxpayer money to be replicating a database we already have without giving the FDA any relevant new enforcement [tools] beyond this administrative issue that if you’re not registered, it’s misbranded,” Cohen said. “But you could have just written a one-liner and said that about the ODS database and saved a lot of money.”

He rejected the idea that the FDA database would increase transparency for American consumers of dietary supplement products.

“How can you spend millions of dollars to create a new database to duplicate something that already exists and then claim it increases transparency?” Cohen asked. “You could run an ad campaign to get consumers to check out the NIH’s database, and that would be just as effective at increasing knowledge about what’s on the market.”

In an April 26 speech on the Senate floor announcing he would introduce the bill, Sen. Dick Durbin (D-Ill.) highlighted the results of an investigation by Consumer Reports into a supplement known as tianeptine that is actually a drug with opioid-like effects. He suggested mandatory product listing would help FDA warn consumers about such products and enforce against them.

“In the midst of a deadly opioid epidemic and a COVID pandemic, some unscrupulous characters are hustling to make a buck off of people’s pain by selling them an unregulated product that might make them sick or even kill them,” Durbin said. “And the Food and Drug Administration lacks the basic knowledge, the basic information it needs, to go after the people who are peddling these dangerous, life-threatening products.”

Cohen responded that the bill wouldn’t prevent the introduction and sale of tianeptine-containing products marketed as dietary supplements. The burden would still fall on the FDA to remove products labeled as supplements from the marketplace if they were being sold in the U.S. but not listed with the agency, he observed.

He also said a marketer of tianeptine, for example, would be free to sell the product in the U.S. by listing it with FDA. Senate Bill 4090 does not grant the FDA explicit authority to reject a listed product. Cohen said he’s in favor of giving FDA authority to not list a dietary supplement product if it clearly contains a drug.

That may not sit well with some industry critics of Durbin’s bill, who contend it is already tantamount to “premarket approval.” They have expressed fears that FDA would reject some products as not qualifying for listing, even if there’s fundamental disagreement over their legality as dietary supplements. Ongoing litigation between FDA and the Natural Products Association (NPA) over the legal status of NAC (N-acetyl-L-cysteine) is a case-in-point of such differences of opinion.

In a six-page letter to Durbin and Sen. Mike Braun (R-Ind.) dated April 28, NPA President and CEO Dan Fabricant warned the Dietary Supplement Listing Act would create a mechanism for FDA to “remove anything it deems isn’t a dietary ingredient from the marketplace, even in instances where they have applied the law inappropriately or incorrectly.”

“This would include but isn’t limited to NAC, several probiotics and CBD/other cannabinoids,” added Fabricant, who directed FDA’s Division of Dietary Supplement Programs from 2011 to 2014.

Other industry trade associations in favor of mandatory product listing have disagreed that Durbin’s bill means pre-market approval. Council for Responsible Nutrition (CRN) President and CEO Steve Mister has said a listing requirement would be like getting a birth certificate as opposed to a driver’s license.

The bill “creates a mandatory repository of supplement labels—something FDA needs to appropriately oversee this industry—without becoming a barrier to entry,” Mister wrote in an April 26 letter to Durbin and Braun.

Cohen emphasized he’s not seeking pre-market approval of dietary supplements, which the industry maintains cannot be reconciled with DSHEA.

“On the other hand, if someone’s going to put it in the agency’s database, someone needs to read it first, and if it says ‘Viagra,’ it shouldn’t go in the database, period. There’s just no excuses, but this law provides no ability for an FDA employee to stop even the most egregious 'supplements' from being listed in the database," he said. He's also disappointed the bill doesn’t give the FDA authority to enforce against a product marketed as a “dietary supplement,” even if it contains a drug like Viagra.

During a 2020 industry conference hosted by CRN, an FDA official explained the benefit of pairing such language with mandatory product listing.

“As we have worked on listing legislation, I think a very important piece of that would be a fix that holds that any product that represents itself as a dietary supplement is subject to the same laws as every legitimate dietary supplement,” Steven Tave, then-director of FDA’s Office of Dietary Supplement Programs, said. “And the reason why that’s so important is because if one of the purposes of listing is to help identify these rogue products—these illegitimate spiked products that are out there and that shouldn’t be—they shouldn’t be able to get away from enforcement of the listing provision by saying, ‘Well, technically, I’m not a dietary supplement, so those rules don’t apply to me.’”

As noted in President Joe Biden’s FY23 budget request to Congress,  the “FDA believes it is important to clarify the FDA’s authorities over products marketed as dietary supplements to facilitate enforcement against unlawfully marketed products,” an FDA spokesperson said via email.

Cohen highlighted another shortcoming of Durbin's bill: failure to include user fees to support the FDA’s obligations under the listing requirements. While the bill earmarks taxpayer dollars, Cohen pointed out the funds dry up after FY26, despite the FDA’s obligation to continue to maintain the database.

“That’s obviously going to have to come out of their ability to enforce the law,” he said.

The FDA can ill afford to let that happen, according to the physician, whose research over the years has identified several “dietary supplements” available on the market, even after the FDA flags them in warning letters and public notifications for containing drugs.

“In general, the space is completely available to unscrupulous manufacturers who want to introduce dangerous products into the marketplace,” Cohen concluded.

A new era of ESG reporting is starting: What it means for your brand
Feb 27, 2022