HomeNewsRegulatoryHow to make immunity claims without FDA or FTC warning about COVID-19
Recent
Latest
EXPO VIDEO: How did a young sparkling water brand get licensing deals with Marvel and Disney?
May 16, 2022
Beyond Meat's product launches lower Q1 profits
May 16, 2022
Sponsored Content
Exploring the CBD gummy revolution – article
Moonshot Snacks at the forefront of eco-friendly food innovation
May 13, 2022
Trending
Debra Stark’s light shines bright on natural products industry
May 10, 2022
Hemp CBD industry struggles so far in 2022
May 10, 2022
Monitor: Consumer research on collagen shows how much education is needed
May 12, 2022
Unboxed: 7 plant-forward ice creams to stock this summer
May 10, 2022 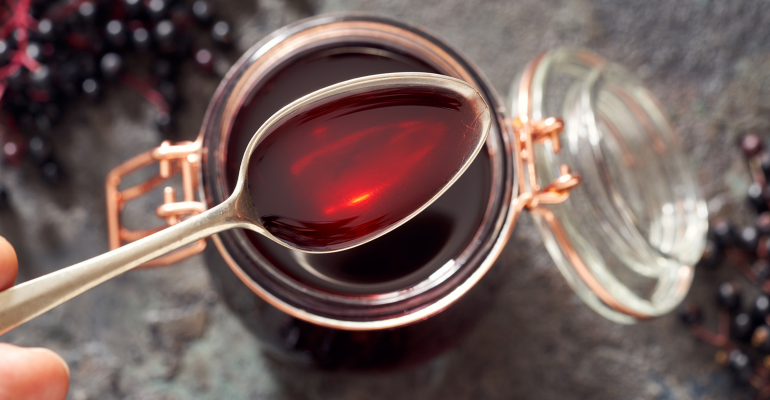 Here are a few tips from savvy supplements companies about how to substantiate claims that resonate with consumers.

Starting with televangelist Jim Bakker on March 6, 2020, the FDA and FTC have issued nearly 200 warning letters to companies selling supplements and other products claiming to prevent, cure or treat COVID-19.

So how does a company create immune-support claims for supplements that will not run afoul of structure/function claims and drug/disease claims per the governing Dietary Supplements Health and Education Act?

Related: Monitor: COVID-19 has provided a long runway for the supplements boom. But sell it right

In the U.S., savvy companies know that warning letters are a worst-case scenario and work to prevent that regulatory action in the first place.

One of the key points when it comes to substantiation of claims is to start the process early on internally within the company.

Related: 9 tips for marketing to consumers who changed during COVID-19

“Start the dialog between whatever departments—in our case it’s R&D and legal—with what type of evidence do we have and what types of claims do we want to make,” said Julian Peterson, corporate counsel at Traditional Medicinals, a tea and supplements company, at a SupplySide West conference session held by the American Herbal Products Association on Oct. 30. “The dialog goes back and forth throughout formulation so we can feel confident we can make those claims. You don’t want to find out when the product is on shelf that you’ve got a problem.”

Claimsmaking then has to go beyond R&D and legal and flow also to the marketing department. There, too, due diligence before products go to market seems to be the best way to prevent problems after a product has been launched.

“You want to know before you market, not after,” said Kyle Garner, CEO of Matys Organic & All Natural, a supplements and OTC company. “We test wide-ranging claims before we launch. Otherwise, it could be devastating.”

Garner said that Matys tests not only claims with consumers before a product launches, but also makes sure claims are substantiated to dosage levels found in products.

“We do very easy structure/function claims,” said Garner. “We’re not trying to go over the top or overthink how creative we can be with wording of the claim. A lot of consumers will understand basic claims.”

Garner said his company has a number of specific items they check off in order to make a great claim that resonates with consumers, to wit:

“Whatever you do has to be documented and backed up,” said Garner. “This is something you want to do right out of the gate, obviously. It doesn’t mean we need to have custom science on every product, backed up by ingredient studies from our supplier partners, or even history of use. But we have to ensure that any claims we’re making are substantiated, and at that dosage level. If you take a known ingredient like elderberry and put in one-third the dose, that confuses consumers.”

Product imagery can also help sell a message on packaging, according to Garner.

Working within the regulations

The FTC standard is ‘competent and reliable scientific evidence.’

But of course, even if a company has any sort of evidence base, that’s no guarantee that a claim can be said in the U.S. market. Those are the rules and this is the game.

Canada, for instance, allows a greater degree of truth-telling around supplements, but in order to get approval from Health Canada requires a deeper evidence base than allowed in the U.S. regulatory model.

“If you have a popular product,” said Peterson, “a good way to mitigate risk to substantiation is investing in a clinical study on your finished product.”

That hardly ever happens, with the lion’s share of brands preferring studies provided by ingredient suppliers, if not academic studies, and sometimes what’s known as "blackboard science"—what is theoretically presupposed to work.

In the immune space, there are many ways that supplements can affect the immune system, both directly and indirectly. The key is communicating to consumers—and in a compliant manner.

“Consumers use our products to prevent disease,” asserted Michael McGuffin, president of the American Herbal Products Association. “That’s why people ate all that elderberry, to prevent from getting sick. That’s the facts. It doesn’t square with the laws and regulations. At what point do we challenge the status quo and move the structure of allowed claims into actual consumer use?”

A provocative notion indeed. While some would see that as a welcome bit of truth-telling that could only benefit brands and consumers, others see it as a Pandora’s box of a minefield they’d rather keep shut.

“It’s not a bad status quo for us to not have to do that and consumers understand,” said Garner. “There’s a benefit for a generic claim.”

Others say that if a company has truly ironclad evidence to support the notion that a supplement can actually prevent, cure or treat a disease, the lane exists to go to market as a pharmaceutical drug. But the time and expense of that route prevents just about any supplement company from going down that path.

And daring to deign to open the supplements regulatory structure could lead to changes more preferred by supplements antagonists than supporters.

“Any attempt to change the regulations,” said Cameron Smith, senior legal advisor for Herbalife Nutrition, “could make the whole thing go up in flames.”