HomeNewsRegulatoryNuances of the new FDA gluten-free labeling rule
Recent
Latest
Sponsored Content
How brands can get their trade spend under control – article
Sponsored Content
Going organic lifts everyone up – video
6 natural brands partner with UNSTUCK on new product line to aid refugees
Jun 23, 2022
Sponsored Content
The power of organic messaging – download
Trending
Getting ready for 2023: Trends for brands to consider
May 17, 2022
Unboxed: 7 clean collagen powders with a twist
Jun 21, 2022
12 brands marketing positivity, kindness and joy
Jun 17, 2022
Coca-Cola axes Honest Tea, but its founders are just getting started
Jun 07, 2022
Natural Foods Merchandiser
brought to you by 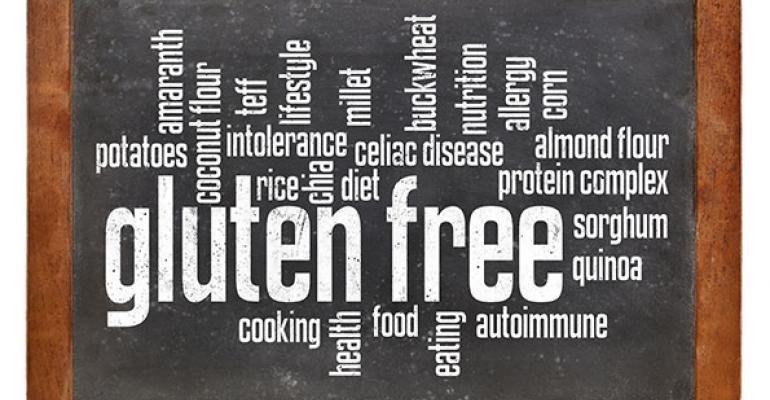 The long-awaited FDA regulation for labeling a product &ldquo;gluten free&rdquo; goes into effect on August 5, 2014. Though the 20 parts per million (ppm) standard is welcome clarification for GF eaters and manufacturers, it&rsquo;s also not quite as simple as it might first appear. Learn the nuances and get your questions answered by Cynthia Kupper, RD, executive director of the Gluten Intolerance Group. &nbsp;

The new FDA #glutenfree label goes into effect on August 5. Here's what you need to know about the fine print.

The long-awaited FDA regulation for labeling a product “gluten free,” released last summer, goes into effect on August 5, 2014. Though the 20 parts per million (ppm) standard is welcome clarification for GF eaters and manufacturers, it’s also not quite as simple as it might first appear.

What is "gluten-free" and what does it involve for manufacturers and retailers?

CK: Gluten free means [that something contains] no wheat, rye, barley or hybrids of these grains: spelt, kamut, triticale, farro, and things like that. Those grains, even though they may be ancient grains, still contain gluten and are from the wheat family, so they cannot be labeled gluten free (GF).

But it’s not quite that simple: GF also involves knowing what your ingredients are and dealing with contamination issues.

Where did the standard come from?

CK: Every country can look at Codex [Codex Alimentarius International Food Standards], which is an international organization that sets up guidelines for labeling; [those guidelines] can then be interpreted, used, or denied by any country. Codex set up a standard for GF labeling, and the U.S. FDA said, “we’re going to modify that for the U.S.”

Canada’s regulations for gluten free are slightly different; Australia’s are even more different; and the EU follows Codex.

What are the basic tenets of the new FDA gluten-free regulation?

CK: Again, this is a voluntary regulation, so if you choose to label [a product] GF, it must comply with these regulations.

2. A food that bears a GF claim cannot contain a grain that is derived from gluten. So again, that is wheat, rye, barley, kamut and those hybrids.

What about products with ingredients that used to contain gluten?

CK: A product that claims [to be] GF cannot be derived from an ingredient that contains gluten, unless [that ingredient] has been processed to remove the gluten.

CK: A food would be considered misbranded if it makes claims similar to “no gluten, made with GF ingredients, made without gluten”; that is the same as saying it’s gluten free. So if products make those claims they have to follow this regulation.

You will find that some companies will choose to change the wording on their packages. [Recently] I was sent a picture of a package of bread from a Texas company that says it is “low gluten bread.” Basically they used all gluten-free ingredients; however, they have a disclaimer that says, “we didn’t clean up our manufacturing plant so we’re not going to guarantee it for cross-contamination.” Because they call it “low gluten,” it falls outside of this regulation, and they get away with it!

So it’s going to get really kind of messy.

How does the new FDA ruling work with FALCPA?

CK: [Take the case of] a food that includes something, such as wheat starch, that has been processed to remove gluten. [As a manufacturer,] you can get wheat starch that is gluten-free, and you can put it into a GF product that tests under 20ppm, and that wheat starch is perfectly legal and acceptable in a GF product.

[But] you also then have to add a disclaimer that says this wheat has been processed to remove the gluten; and the product now also has to have a “contains” statement [because] the FALCPA law says you have to label allergens!

So we will see products that have an ingredient, [such as] wheat starch, and it will have a “contains wheat” statement on the package, and it will still be gluten free. This is going to be very confusing to consumers.

Who monitors compliance with the gluten-free labeling?

CK: A lot people think that companies are required to test their products for gluten, and they are not. The FDA does not mandate that [manufacturers] test products for gluten content. But if you make that claim that it’s under 20ppm you’d better be able to back it up.

[The Gluten Intolerance Group] runs a certification program, and we know that the FDA and USDA inspectors are already asking companies, “show me your documentation that says it’s gluten free.” They’re asking to see testing results even though testing is not required.

The other important thing is the FDA says that if you make a GF claim and you are certified by a third-party agency such as ours, you have to meet the strictest standard that you are required to meet. In our program the standard is 10ppm or less, so if a company carries a certification from us the FDA will hold them to the 10ppm, not the less than 20ppm [standard].

What products are covered by the regulation?

CK: This regulation only applies to FDA regulated products [foods other than meat and poultry].

The USDA has said that they will voluntarily encourage people to comply with the FDA gluten-free regulation, but there is no official stance; they have not said companies must comply with FALCPA or the GF labeling. So with meat products, you need to be very careful that you know how the company is determining gluten-free and if they’re following the GF regulation.

What about wine and alcohol?

CK: The TTB, which regulates alcohol, has said they’re going to look at the FDA regulation and they’re going to try to follow it. However, there are some areas that are kind of confusing right now; the FDA is still working on them so they’ve got interim rulings for what can and cannot be labeled GF for alcohol.

So basically at this time TTB says if [a product] is made from a naturally GF grain, you can make the GF claim. If it is made from a grain that contains gluten that has not been processed before you put it into the alcohol process, you cannot label it GF and you cannot put on [the label] that it is gluten free [just] because it is under so many parts per million.