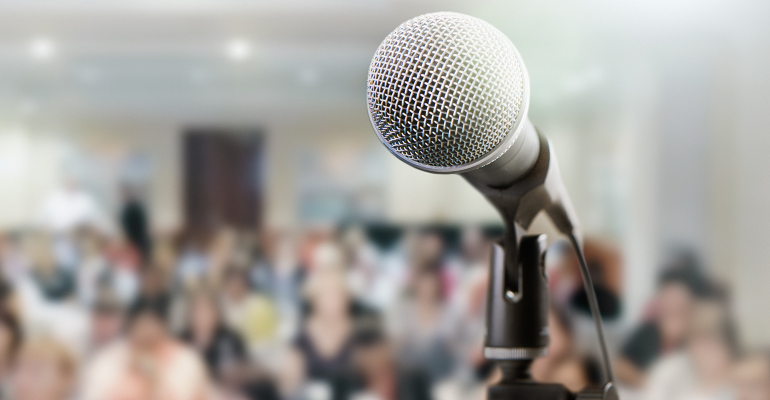 The FDA hosted a day-long public meeting on “Responsible Innovation in Dietary Supplements." The meeting was highly anticipated as a sign of how open the FDA is to working with the supplements industry. Attendees offered different takeaways on what they saw and heard.

Last week’s “Responsible Innovation in Dietary Supplements” was variously heralded as a first step in a process that could reopen regulations on dietary supplements that have stood for a quarter century or just one more in a series of feints at reform that have often seemed little more than window dressing with too many of the already-on-the-books regulations only sporadically enforced.

We asked some of the people who attended the meeting at the FDA’s Center for Food Safety and Applied Nutrition what they saw and heard. Here are their takeaways.

Only one issue can force action on the plethora of the complicated issues raised: CBD. Industry safety issues are about to get much more problematic with growing demand for, and a proliferation of, bad products flooding the sales channels. Issues with self-affirmed GRAS (as noted at the hearing) will likely add to the problem. That sets up a real-world test for the viability of NDIs [new dietary ingredients]. Requiring NDIs raised the issue of exclusivity, and creation of master files. Then comes a true (perhaps) need for a national product registry. We’ve had the laws to clean up the ‘gas station supplement’ problem and ways to enforce NDI compliance. Granted, the Agency doesn’t have the resources it needs. Perhaps this is the impetus for FDA’s outreach. CBD is a fast-moving train for this intricate, bureaucratic and unfunded process.

Many of the same issues continue to be raised. There is a need for the FDA to step up its enforcement and to finalize the draft Guidance for Industry on New Dietary Ingredient Notifications and Related Issues, which was released for public comment in 2011 and again in 2016. Tied to that draft guidance is the need to create a list of old dietary ingredients. While the ODSP [Office of Dietary Supplement Programs] continues to express its willingness to work with the industry, the reality is that it’s the companies that aren’t participating in these types of meetings that should be reaching out for assistance.

1. FDA indicated a commitment from the commissioner on down to improving dietary supplement regulation. This meeting was a good first step.

2. The time for mandatory FDA product notification is here and has broad industry and consumer group support.

3. The NDI system is broke and the use of a “master file” system coupled with enforcement action against “copycats” could provide IP protection for NDI submitters.

4. FDA dietary supplement functions are severely underfunded to regulate a $40 billion dollar ($46 billion by NBJ estimates) industry and need to be increased.

5. There was industry and consumer group agreement that a list of old (pre-DSHEA) dietary ingredients is needed as well as publication of a final NDI notification guidance.

6. Probiotics need to be better defined within the definition of what is a “dietary ingredient.”

I had four main takeaways from the meeting. First, I really appreciated that Scott Bass, one of the authors of DSHEA, reminded everyone that the so-called “catch all” section in the definition of dietary ingredient at 201(ff)(1)(E) was meant to be an “innovation” section to be interpreted very broadly to include things that were not part of the market in 1994, and certainly not be limited to substances already eaten as part of people’s usual diet. Second, there was palpable, understandable anger and frustration in the room expressed by companies “doing it right” by conducting safety and efficacy studies, filing NDI notifications, completing robust GRAS self-affirmations, and more.  Those folks are competing against the other side of the industry, free riders or willful ignorers, with few avenues for recourse or FDA enforcement. Third, and related, FDA needs more resources. Finally, this is currently an open, approachable FDA, and we should continue to seize on the opportunities that brings, since it is not always the case.

The main takeaway from my perspective was more of a symbolic one—that this event represented an important milestone in the consistently improving FDA-industry relationship. Combined with the Regulatory Summit (a Washington event coordinated by multiple trade associations), I view this as an important step in FDA-industry collaboration. The event was planned with a lot of FDA outreach to trade associatoins in advance to share the objective of the meeting, the flow of the agenda and its execution. Our ODSP colleagues appeared to be open-minded and relaxed during the meeting and Regulatory Summit. As for the specifics of the meeting, I felt two key themes came through: both FDA and industry seem to be mostly focused on incentivizing compliance with the NDI requirements, and better enforcement of those requirements. More discussions will need to take place to flesh out better some of the ideas put forth in both of those areas.

I have participated in dietary supplement regulatory and policy meetings in Washington, D.C. for 10 years. Specifically, meetings that bring together informed stakeholders with a diverse set of opinions to tackle tough issues. I heard more areas of stakeholder alignment than disagreement on key issues during the recent FDA meeting on responsible innovation in the dietary supplement industry. We may be entering an era where the status quo is not protected like the magic herb in “Black Panther” and industry is open to regulatory change.

Very productive meeting focusing on safety and transparency while supporting innovation. Registration in a national database was agreed as essential, as was addressing potential issues with GRAS Self-Affirmation and NDIs. Clearly there is a pressing need to tighten up standards in these areas to avoid abuse and potential harm from products that are not properly formulated with ingredients that are safe for public consumption in the amounts offered and with the claims made for them. Great step in the right direction in shifting from an adversarial to a collaborative relationship between the supplement industry and FDA.