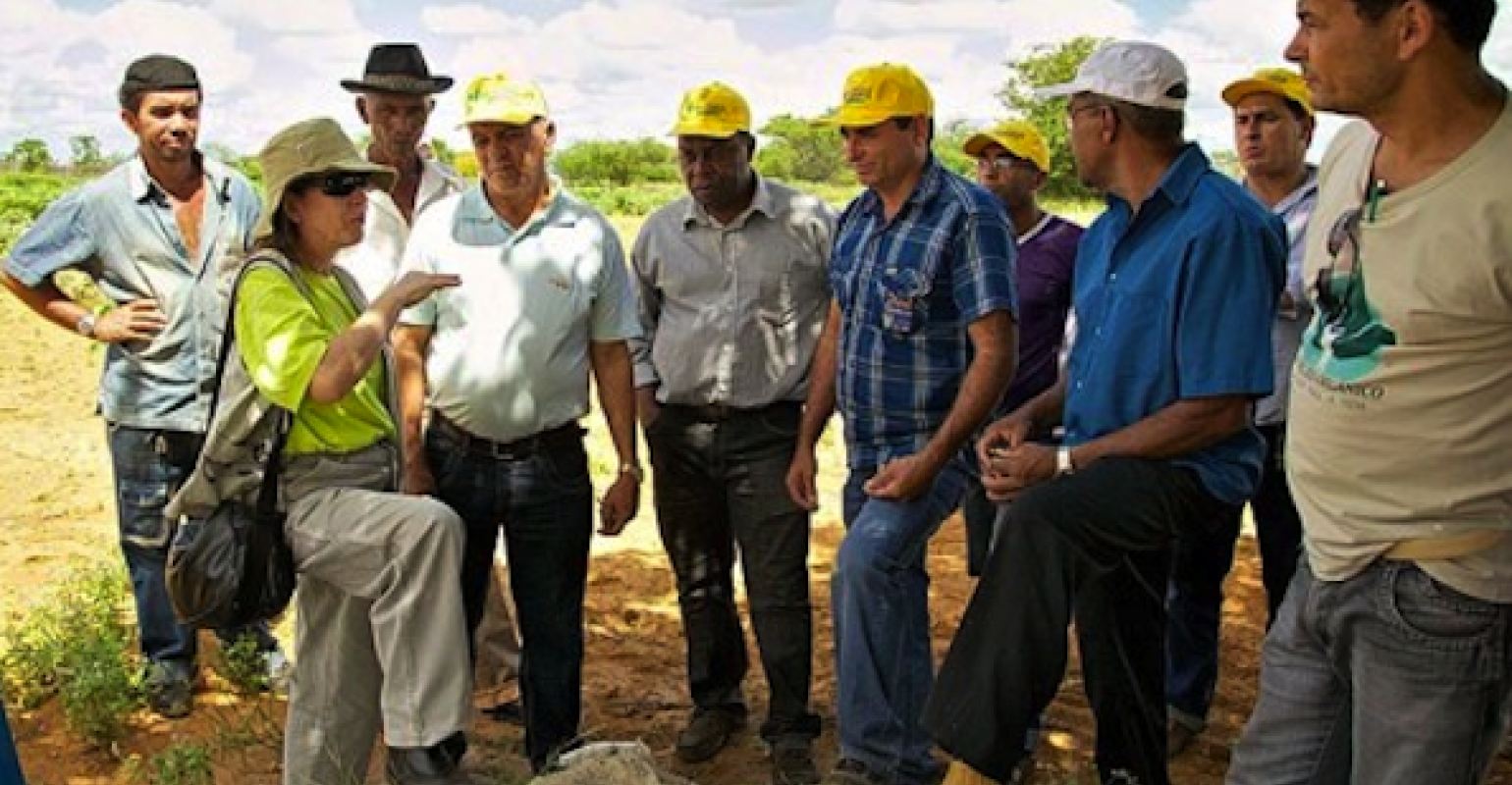 In a major forward stride for sustainable agriculture, the country of Brazil has enacted legislation that includes soil remineralization as part of its agricultural policy.&nbsp;

In a major forward stride for sustainable agriculture, the country of Brazil has enacted legislation that includes soil remineralization as part of its agricultural policy. Remineralization is the practice of adding rock dust to soils to restore vital nutrients crucial to the growing of crops, forests and any other plant-based ecosystem. Many of these soil nutrients are lost due to conventional agricultural practices, such as overuse of the land and application of synthetic chemicals.

Research demonstrates that remineralization naturally restores soils to a healthy state—not only making the use of agricultural chemicals unnecessary but also resulting in plants with higher yields, increased pest resistance and higher nutrient content. Forest remineralization has produced trees far more resistant to normal health risks. Moreover, remineralized soil sequesters carbon from the atmosphere, which can reverse climate change.“This is a highly significant event,” Joanna Campe, founder and executive director of Remineralize the Earth (RTE), told Organic Connections. RTE is a US nonprofit organization dedicated to bringing the concept and application of soil remineralization into the mainstream. “It clearly establishes Brazil as the emerging leader for remineralization in the public policy arena pertaining to agriculture. The legislation officially designates remineralization as a fertilizer.”

Why is Brazil leading the charge to adopt remineralization practices? “In Brazil, 70 percent of fertilizers are imported,” Campe explained. “They have a history of importing a large amount of phosphates because they have a lack of potassium in their soils. At the same time, Brazil has a strong mandate to be as energy independent as possible. Hence they have discovered that their native rock dust is a national treasure.”

The official adoption of remineralization by a major country brings credibility and attention to this alternative farming practice. “Credibility has always been an issue for remineralization,” Campe said. “In most places, including the US, it has started out as a grassroots movement, which is very unusual for something that is actually a scientific thesis. But seeing a whole country adopt it gives it a new measure of credibility.”

Getting Around Industrial Agriculture

The effort to institute an initiative such as remineralization could have been met with resistance in Brazil, where companies like Monsanto have a stake in chemical fertilizer use. A unique approach in the new legislation avoided pushback from Big Ag. “Naturally it’s hard to make a shift in any country where you have industrial agriculture,” Campe pointed out. “Monsanto has a strong presence there, so Brazil is introducing remineralization to small farmers first; industrial agriculture is not as interested in those.”

Remineralization in Brazil had its origin in a leading university. “It began at the University of Brasília with a very forward-thinking professor, Othon Leonardos,” Campe related. “He had two students who took up remineralization in a big way. One of these was Suzi Huff Theodoro, PhD, who is now a geologist and researcher at the University of Brasília. She can be given much of the credit for helping to bring the new legislation about; as a geologist with Petrobras, the national oil company, she has strong ties with Congress.”

The other student was Eder de Souza Martins, PhD, who became a lead researcher at EMBRAPA, which is the Brazilian version of the USDA. For several years prior to the enactment of the recent legislation, EMBRAPA engaged in intensive research into remineralization.

Brazil has put significant resources into remineralization research. “They’ve spent millions of dollars,” Campe reported. “Besides EMBRAPA and the University of Brasília, many other universities all over the country have become involved too. Government ministries have also done research; for example, the Brazilian Geological Survey is mapping its resources from the air, which is really exciting.

“This is a major difference between what has happened in Brazil and in the United States. In the United States you have grassroots initiatives and community gardens, farms, CSAs, urban gardens and landscapes; and it’s making its way up to the university and research levels from there.”

Paralleling Brazil, Remineralize the Earth has been concentrating resources in research to bring increased credibility to remineralization.

“Remineralize the Earth has felt it’s very important to take on research initiatives,” said Campe. “For example, one research initiative that we currently have is at New Harmony Farm in Eastern Massachusetts, where we are looking at the optimum ratios of combining rock dust with biochar [a type of charcoal used as a soil amendment]. So far this combination has yielded about two and a half times the growth with radishes and beets.

“We have been able to show in Panama eight times the growth for trees with local rock dust. This is an indicator of how important and what a key strategy remineralization could be for carbon sequestration and stabilizing the climate.

“Additionally we are conducting analysis for nutrient density, which is the nutrient content of crops. Therefore another initiative that’s been very important for Remineralize the Earth has been the Real Food Campaign, out of which grew the nonprofit organization Bionutrient Food Association (BFA). The BFA is now training farmers how to grow nutrient-dense food with remineralization and biological soil-management practices.”

“Remineralize the Earth has been advocating remineralization for decades,” Campe concluded. “Brazil’s legislation brings the organization closer to fulfilling its mission to restore soils, grow nutrient-dense food and greatly reduce our carbon footprint. By doing all this, we can improve the overall quality of life and reduce healthcare costs.”

For more information on remineralization and its progress in Brazil and globally, please visitwww.remineralize.org.