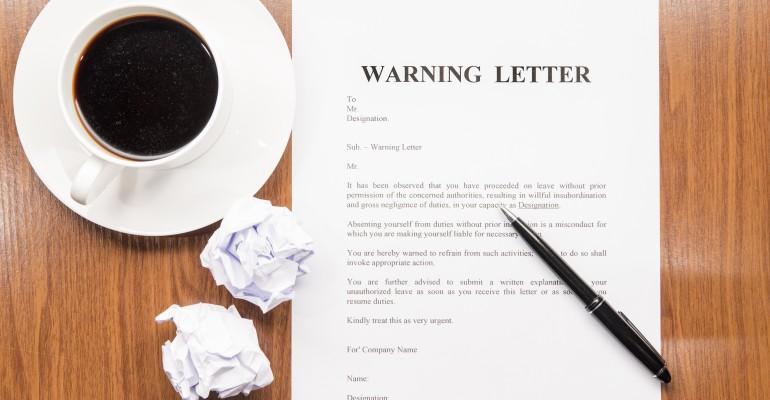 Findings published in the Journal of the American Medical Association spark criticism of the Food and Drug Administration for not enforcing the prohibition of illicit ingredients in dietary supplements.

Many weight loss and sports supplement products subject to a Food and Drug Administration warning letter due to the presence of a prohibited stimulant remain available for sale several years later and contained at least one FDA-prohibited ingredient, according to the results of a study published Tuesday.

Researchers from Harvard and the University of Mississippi analyzed 31 dietary supplement products subject to an FDA warning letter due to the presence of BMPEA (2015 warning letters), methylsynephrine (2016) or DMHA (2019), also known as 1,5-DMHA and octodrine.

In the study, products that remained available for sale using the Google search engine in January 2022 were purchased online. Nine of 31 products remained available to purchase online an average of six years after the FDA issued the warning letters, and of the nine products, five, or 56%, contained at least one FDA-prohibited ingredient, according to the research published in the peer-reviewed Journal of the American Medical Association.

According to the FDA, 1,4-DMAA does not appear to be a lawful ingredient in dietary supplements, and researchers said it is an analogue of 1,3-dimethylamylamine (DMAA), which the FDA has described as "an amphetamine derivative" found to be unlawful in supplements by a U.S. District Court and affirmed on appeal. In their analysis of powder from dietary supplement products reconstituted in methanol and examined for the presence and amount of FDA-prohibited ingredients, researchers identified ingredient-per-serving sizes ranging from 0.7 to nearly 146 mg. Many of the serving sizes of the prohibited ingredients found in supplements are similar to dosages found in drugs, according to one of the researchers.

A chemical analysis of a product subject to a 2019 warning letter concerning DMHA revealed the presence of the same ingredient at a per serving size of 145.5 mg—far higher than amounts used in Germany as a drug as part of a multicomponent oral medication (8.2, 16.5 and 33 mg).

The study also revealed the presence of an ingredient (omberacetam) that researchers said was developed in Russia, marketed as Noopept and has a typical pharmaceutical dose of 10 mg, but has never been approved for use in the U.S. The ingredient found in the supplement contained a per serving size of 28.3 mg.

"The FDA is dedicated to advancing our strategic priorities for dietary supplements: safety, product integrity, and informed decision-making," an FDA spokeswoman said in response to the study. "We appreciate studies like this for raising awareness and bringing needed attention to these matters. However, in general, the FDA does not comment on specific studies, but evaluates them as part of the body of evidence to further our understanding about a particular issue and assist in our mission to protect public health."

Dr. Pieter Cohen, associate professor of medicine at Harvard Medical School who oversaw the research, said the "study highlights a fundamental problem that the FDA's not doing its job."

"The FDA is spending a lot of time and energy here in these cases … identifying products that are clearly in violation of the law and that the agency is concerned might pose a risk to consumers, and I certainly agree with them," Cohen said in an interview. But FDA officials "are not following up to the point where they actually remove the products from the store shelf, and they have the authority to do that."

If consumers are susceptible to these prohibited drug ingredients and if taken in high enough dosages, the products could cause such harm as "increasing blood pressure, bleeding into the brain, or even in a worst-case scenario, one's heart stopping," warned Cohen, who conducted the study in collaboration with researchers from the University of Mississippi, including Bharathi Avula, Ph.D., principal research scientist in the National Center for Natural Products Research.

Michael McGuffin, president of the American Herbal Products Association (AHPA), said his organization "strongly encourages the FDA to act assertively to remove these products from the marketplace."

"There is no credible explanation for why the products identified in this article have such market shelf life after coming to the attention of the FDA," he said in an email. "We agree with the authors that the FDA should consider ways to ensure products that are falsely identified as supplements and contain prohibited drugs are removed from the market." This is not the first time Cohen has identified dietary supplement products that remain on the market after being flagged by the FDA:

FDA officials have "a lot of tools in their toolbox and they're simply not using them," Cohen said in the interview.

"It is unfortunately the case that the agency is not doing its job when one can find the same rogue ingredients in the same bad products six years after warning letters have been issued," said Megan Olsen, senior vice president and general counsel of CRN, which praised Cohen for holding the FDA accountable.

The study shows "warning letters alone are not viewed as sufficient threats by bad actors and outliers," Olsen said in a written statement. "the FDA should stop assuming that everyone in the market wants to do the right thing. Unfortunately, it is reality that there are bad guys out there who simply don't."

"The FDA also was critiqued recently for sending warning letters to dietary supplement companies about ingredients that were already subject to previous warning letters, including higenamine and hordenine, rather than following up with such enforcement action as a seizure of products.

"The FDA's enforcement must have consequences," Olsen said. "The perceived risk to bad actors must be greater than the gains possible by flouting the law."

Natural Products Association President and CEO Dan Fabricant, Ph.D., who directed the FDA's Division of Dietary Supplement Programs from 2011 to 2014, cited a lack of "willpower" at his former employer.

"Companies who receive a warning letter are required to notify the FDA within 15 days of receipt of their warning letter and the specific steps they have taken to address any violations," he explained via email. "Failure to do so is supposed to result in legal action including seizure and injunction. This should be considered low-hanging fruit for the agency, but it's obvious there's an element of willpower that's absent."

Cohen's "study reaffirms the FDA's performance failures gaps," as outlined in a 2017 report published by the Office of the Inspector General regarding FDA inspections of domestic food facilities, Fabricant added. The OIG report highlighted a decrease in the annual number of facility inspections since the passage of the Food Safety Modernization Act (FSMA). It also found:

The FDA request for clarity of its authority

Cohen's research over the years has raised questions about the effectiveness of the FDA in policing the dietary supplement marketplace and whether the Dietary Supplement Health and Education Act of 1994 (DSHEA) requires reform to better protect consumers from potentially harmful products.

The FDA has requested "new so-called 'prohibited acts' authority to clean up the industry," Olsen observed. "In other words, the FDA wants clear-cut ability to address illicit substances that have never been marketed as drugs, nor even studied for their potential effects, but are nevertheless marketed as supplements."

A bill passed in June by the Senate Committee on Health, Education, Labor and Pensions would make it a "new prohibited act" to introduce into interstate commerce "any product marketed as a dietary supplement that does not meet the definition of a dietary supplement under Section 201(ff)" of the Federal Food, Drug & Cosmetic Act.The same bill, known as the Food and Drug Administration Safety and Landmark Advancements (the FDASLA) Act, also would require manufacturers to list their dietary supplement products with the FDA.

Although three bills are pending in Congress that would reauthorize the fees the FDA can collect from producers of human drug and biological products, among other entities, only one bill—the FDASLA Act—includes dietary supplement provisions.

In an interview this summer with Natural Products Insider, an FDA official articulated why her agency is seeking clarity of its authority over products marketed as dietary supplements that do not meet the definition of a dietary supplement.

"These products look like a dietary supplement, but for one reason or another, are not dietary supplements," she explained. the FDA must determine what the products actually are and what authorities it has over them. "At times, that analysis can be fact-intensive. It can require a case-by-case analysis. And clarification of the FDA's authority over these products would facilitate the enforcement, and I think ultimately better protect consumers."

CRN supports granting the FDA new prohibited act authority and believes it will enable the agency to target "illicit substances not implicated by the 'drug preclusion' clause," Olsen said. "These illicit substances may be currently caught in a legal no-man's land—not supplements, not drugs, and without this new authority, not clearly within the FDA's enforcement.

"With this authority explicitly stated in the law, FDA can—and must—go after the bad actors that are the subjects of these research exercises over and over again," Olsen concluded.

On the other hand, Fabricant has questioned the prudence of granting the FDA additional tools when the agency has been critiqued for failing to effectively use its current authorities.

Commenting on the 2017 OIG report, he said, "These gaps in actions indicate that new authorities to the FDA clearly aren't warranted, when current authorities, where problems have been located, aren't followed up with."

Cohen's "study makes it clear the agency has adequate authority to take enforcement action against products masquerading as dietary supplements," Fabricant said, but "the repeated absence of follow-through requires oversight and accountability."

Duffy MacKay, senior vice president of dietary supplements with the Consumer Healthcare Products Association (CHPA), characterized the study published in JAMA "as a stark reminder that the reputation of the responsible supplement industry continues to be eroded by unscrupulous criminals who knowingly spike products with illegal ingredients posing health risks to consumers."

"FDA identified this as a top priority in 2009, and more needs to be done to protect consumers," MacKay said in an emailed statement. "Industry and FDA must work together to stop illegal products, and CHPA supports meaningful and comprehensive DSHEA modernization that will provide FDA increased resources and tools to adequately enforce regulations."

Harvard's Cohen doesn't believe the FDA needs new authority to follow up with enforcement action against the products that were subject to his recent research. In the interview, he noted the products feature a Supplement Facts panel, list many botanical ingredients and were already subject to FDA warning letters.

However, he's in favor of changes in the law that would require dietary supplement products are listed with the FDA before they can be sold in the U.S. As part of the reform, he supports requiring FDA read the product labels before officially listing them to ensure no prohibited ingredients are identified on the label.

"Those two things would not be a pre-approval process," added Cohen, who previously criticized a standalone mandatory product listing bill introduced in April in the Senate. "It wouldn't be making any sort of decisions about the safety or efficacy of the [ingredients on the] label."

Rather, FDA would not enter products into the mandatory listing system if a manufacturer was openly declaring a prohibited ingredient on the label, which would prevent the products from being sold to consumers through stores or legitimate internet websites, Cohen said.

"That would be the only way to systematically ensure that consumers are not being exposed to experimental stimulants when they purchase weight loss or sports supplements in the United States," the physician concluded.