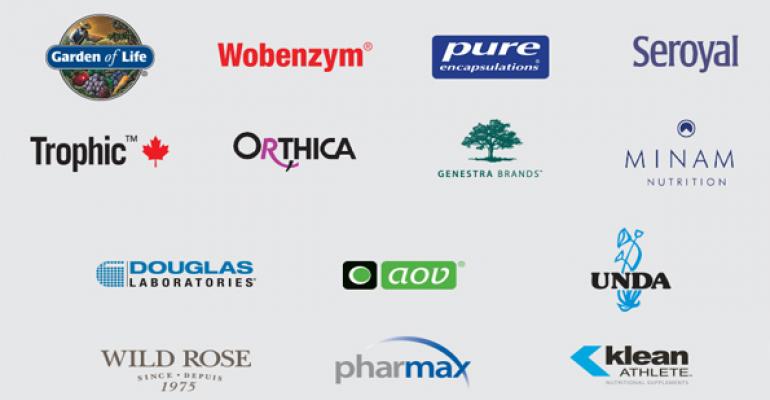 Do men respond differently to Omega 3 fatty acid supplements than women do? How do the polyphenols found in berries impact gut health? Can protein-digesting enzymes quell osteoarthritis pain as well as drugs do? What distinct impacts do DHA vs EPA have on cardio-metabolic health?

These are just a few of the scientific questions Atrium Innovations has set out to answer in recent years, via an aggressive, multi-million-dollar research initiative that has yielded 26 papers in peer-reviewed journals, launched dozens more studies, and helped support a first-of-its kind functional medicine center at the prestigious Cleveland Clinic. At a time when consumer skepticism about supplements is high, and good science is more critical than ever, industry leaders point to the Quebec-based parent company of respected brands Garden of Life, Douglas Labs, and Pure Encapsulations as proof that collaborative long-term research can pay off–in more ways than one.

“This company’s dedication to science goes way beyond its own individual needs,” says Steve Mister, president and CEO of the Council for Responsible Nutrition (CRN). “It benefits the entire industry.” 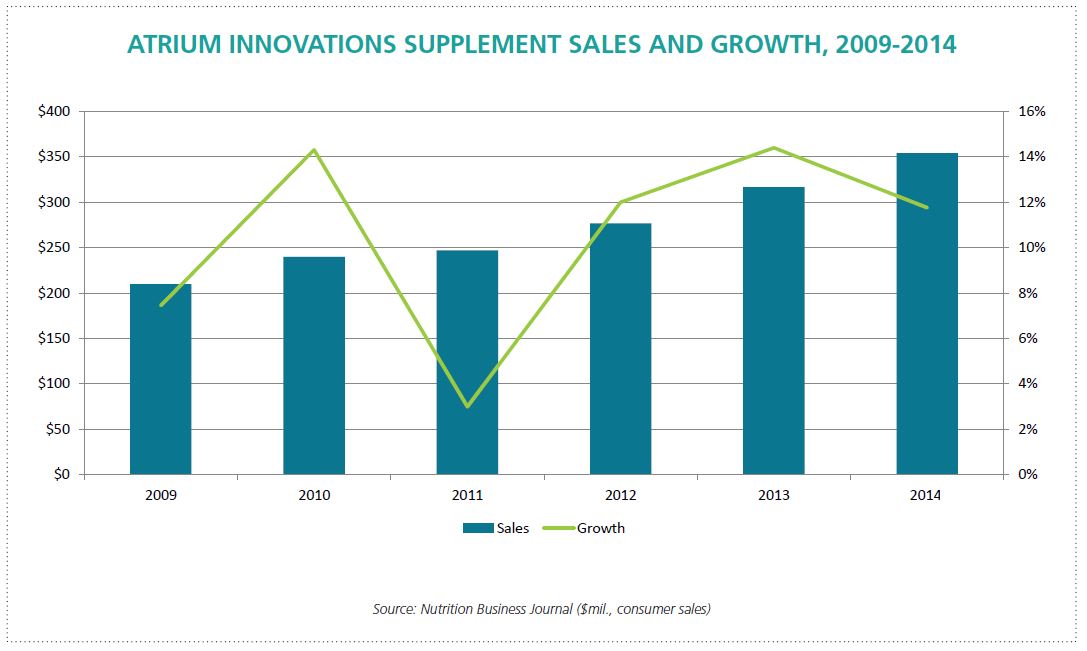 Atrium was originally founded in 1999 by Canadian neuro-endocrinologist Eric Dupont, PhD, and his entrepreneur brother Luc Dupont. Their biopharmaceutical company, Aeterna Laboratories Inc., had been researching novel cancer drugs for eight years. While those drugs continued to slog through clinical trials (and still do), Atrium—with its focus on dietary supplements, and premium ingredients for supplements and cosmetics—proved profitable almost immediately.

Over the years, Atrium spun off its ingredient and cosmetics arms, and went on a strategic purchasing spree to build a portfolio of clean, research-based supplement brands across North America and beyond: In 2004 it bought Pure Encapsulations, which makes hypo-allergenic supplements sold exclusively through practitioners. One year later, it acquired Pittsburgh-based HVL Inc., parent company to popular practitioner brand Douglas Laboratories. In 2007 it bought Mucos Emulsions, the German-maker of 60-year-old joint supplement Wobenzym, which is sold as a pharmaceutical in 18 countries. In 2009 it swept up Garden of Life, the #1-selling supplement brand in the natural retail channel. And in 2011, it purchased Ontario-based practitioner brand Seroyal—gaining access to the growing market of Canadian clinicians interested in supplements.

In 2014, after years of being publicly traded on the Toronto stock exchange, Atrium itself was swept up by European private equity firm Permira, which reportedly purchased it for $700 million.

Today, Atrium boasts 14 brands in 35 countries, with 7 manufacturing facilities and 1300 employees. In 2015, according to company officials, its revenues hovered around $500 million (mostly from its top five brands) and it was growing at a 12 percent year-over-year clip—about double the growth rate of the category.

All along, research has been integral to the company’s success, says Barry Ritz, vice president of science and regulatory affairs. “Atrium’s strong, proven commitment to science is our biggest differentiator,” he says, noting that knowledge gleaned by Atrium research fuels product innovation across all of its brands. “We accomplish more in research and innovation than any one brand could possibly do alone.”

The power of partnership

When Ritz, who holds a PhD in nutritional immunology, first joined Atrium, he took a tour of the Institute of Nutrition and Functional Foods (INAF) at neighboring Laval University in Quebec City and decided that day that the two entities should be partners. “It was amazing to me—an entire institute with 80 PhD researchers all focused in this area,” he says.

In June, 2011, the two officially launched a five-year applied clinical research program aimed at investigating the impact nutritional compounds—including polyphenols from small fruit, EPA and DHA from fish oil, and systemic enzymes—can have on cardio-metabolic health.

“Many partners come to us with a very specific, focused, short-term idea that they want to test,” says Benoit Lamarche, PhD, chair of the department of nutrition at INAF. “They wanted to take the long-term view and invest in a bigger project. You don’t see that a lot from industry.”

A 2015 randomized, double-blind, placebo-controlled trial of 150 adults found that Wobenzym, an anti-inflammatory supplement made of “proteolytic” or protein-digesting enzymes, worked as well as non-steroid anti-inflammatory drugs (NSAID) to relieve pain and stiffness in adults with osteoarthritis. Other research found the supplement also works well to reduce systemic inflammation in men (an important driver of chronic disease). Ultimately, such findings could lead to its use for cardio-metabolic disease.

Soon to be published studies have found that men and women respond differently to Omega 3 fatty acid supplementation, and that DHA and EPA behave very distinctly in the body. “That work has really not been done before, and it can help us to better tailor essential fatty acid products to different populations,” says Ritz.

Atrium is also collaborating with the Neurophenols Consortium, an international industry/academia partnership studying the impact polyphenols can have on brain health. (Researchers expect to publish the results of a 200-person trial looking at the impact of blueberry and grape extracts on cognitive health later this year.) And the company continually provides independent university researchers, from Harvard Medical School to Stanford University, with products and technical support to carry out their own studies. (Oregon Health and Sciences University is looking at applications of alpha-lipoic acid in ophthalmology and neurology; and Washington University School of Medicine is studying EPA for depression).

Meanwhile, Atrium is investing its dollars and time well beyond its own product development pipeline. In 2015, Atrium brand Pure Encapsulations announced a four-year, $1 million partnership to fund clinical research, education, and medical curriculum development at the Cleveland Clinic Center for Functional Medicine, the first-ever functional medicine center at an academic medical institution.

Atrium is taking that scientific expertise out to the broader industry as well. Ritz recently wrapped up a three-year term as chair of the CRN’s Senior Scientific Advisory Council.

“This industry has faced many challenges over the past few years, and those challenges will continue until we strengthen our self-regulatory efforts and our research agenda,” says CRN’s Mister. “We really appreciate the example Atrium is setting for other companies.”