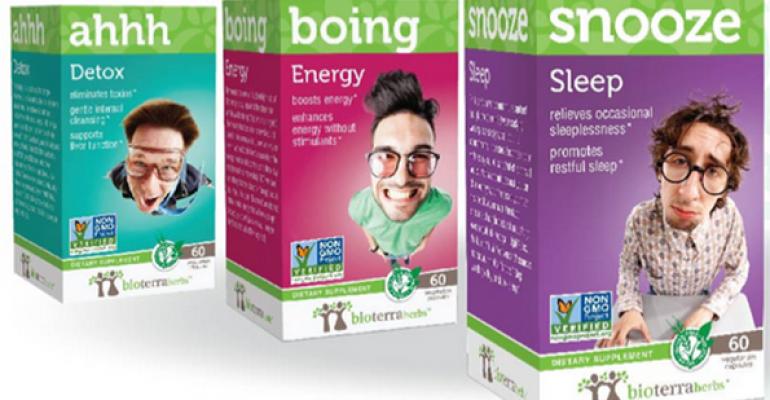 Such was the case for Sainthood USA’s BioTerra Herbs brand of condition-specific herbal formulas. The Southern California herb company with the tech startup attitude rode an innovative visual style at drag race speeds to a stellar retail presence that included shelf space in Walmart just months after launch. 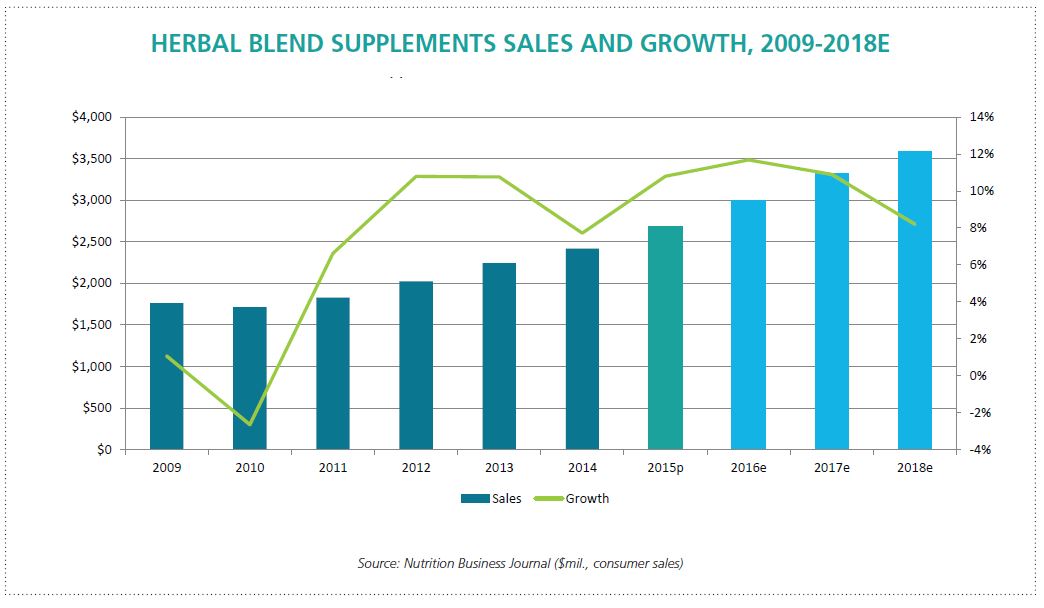 The mass market-targeted product line is based on traditional Chinese medicine (TCM), but the decidedly non-traditional—perhaps even disruptive—packaging features quirky, fish-eye-lensed photos of people styled to send comic cues about the condition or remedy offered alongside to-the-point product names paired with onomatopoeic alternatives. On the bottle of Detox/ahhh, a man in aviator-esque goggles and wind-whipped neck-tie seems posed for super-hero flight; on Digestion/bel 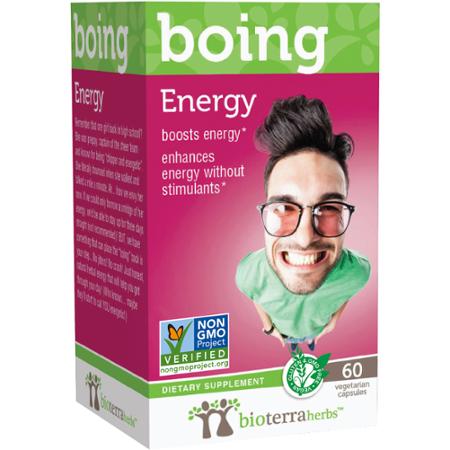 ch a woman funnels a pizza slice the size of her head down her gullet; on Stress/gahhh a snarling expression of frustrated aggravation is echoed by hands curled as if to strangle the very air. Concise descriptors (eliminates toxins, reduces bloating and gas, boosts energy) underscore the packing message.

The pared-down packaging sends a clear, simple message to consumers, in the estimation of Starkie Sowers, Director of Education for Clark’s Nutrition and Natural Foods and veteran of the supplement aisle: “It’s clean, like a quick reference. That’s perfect for mass.”

Attention-grabbing packaging and an easily understood message was integral to developing the brand, according to Sainthood 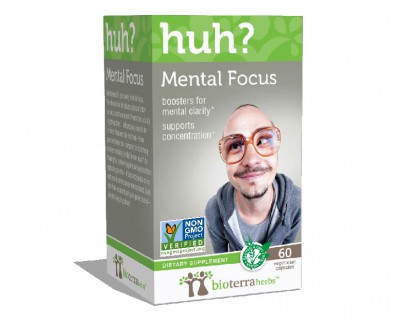 USA CEO Jerry Chou. Unlike in natural channels, where knowledgeable staff assist customer navigation in the supplement aisle, customers in mass market channels don’t find that kind of educational support. “We basically needed to put together something that was very eye-catching,” Chou says. “When people walk down the aisle, we have less than a second to grab their attention.” Almost as quickly, the packaging also needed to communicate the benefit each product is intended to provide.

The wish list for packaging goals continued. The package needed to target younger populations; the millennials and generations X and Y, who saw older generations taking prescription medications and dealing with the many side effects. “We also wanted to put a real human face on the packaging,” Chou adds. While putting a figurative human face on a company’s backstory has become a common marketing practice, putting an actual human face directly on a product label remains rather unusual, particularly a face that is supposed to visually explain a product’s purpose. “It was kind of tough in the beginning as to how to put everything together,” Chou says.

Whether that playfulness and immediacy could translate into the natural specialty channel for other brands remains unknown. The very direct messaging that works in mass might be too informal for natural specialty where the customers come in armed with information and seeking staff expertise to explore beyond the label. Too casual might translate as lacking science, and that may be a reason brands in the natural channel remain somewhat staid. “It’ll be interesting if [BioTerra packaging’s style] trickles down into non-mass,” Sowers notes. 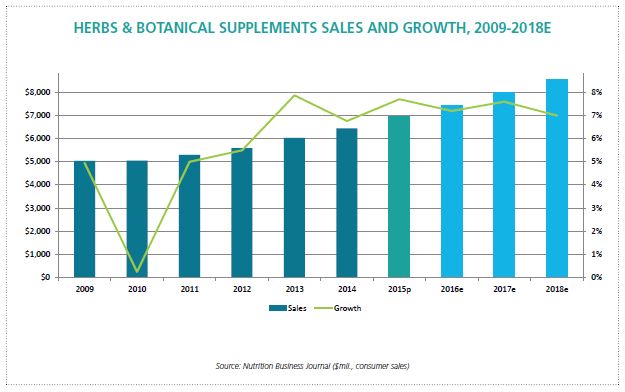 There’s no question it works in mass.

The eye-catching packaging of the final design caught the right kind of attention. Two months after a January 2014 launch, Chou was pitching the brand to Walmart, and by September, products were on Walmart shelves nationwide. Deals with Walgreens and CVS followed before the year was out. Two years later, BioTerra herbal blends are stocked in more than 2,000 retail outlets, from mass market to independent pharmacies and natural channels, and in its second year, the company’s revenues doubled.

The fast-track to Walmart surprised Chou, who knew the behemoth retailer typically stocks only products with a proven sales track record, not a company just off the starting line. “We were kind of shocked on our end,” he says. “This kind of thing shouldn’t happen that way.”

BioTerra’s targeting of a younger demographic also appealed to retailers like Walmart, Chou believes, because those outlets want to build customer loyalty with younger populations. For Chou, the combination of novel packaging plus a targeted market explain the new company’s first-year deals with major retailers. Market trends help, too. NBJ is seeing data suggesting that millennials are accepting the herbals category as a go-to solution. Chou credits “a little bit of luck, as well.”

But more than luck is at work for BioTerra. Betting on the category may have turned out to be one of the company’s smartest moves.

A year ago, the supplement industry was wringing its hands over the New York attorney general’s allegations that herbal supplements contained none of the ingredients claimed on the label and the fearful hunch was that sales would drop. But NBJ numbers show that while some individual herbs are down, a few standouts and the phenomenal success of herbal blends is more than making up for it. Herbs and botanicals are growing substantially faster than the supplement market as a whole.

It might defy intuition, but BioTerra’s timing could be spot on. 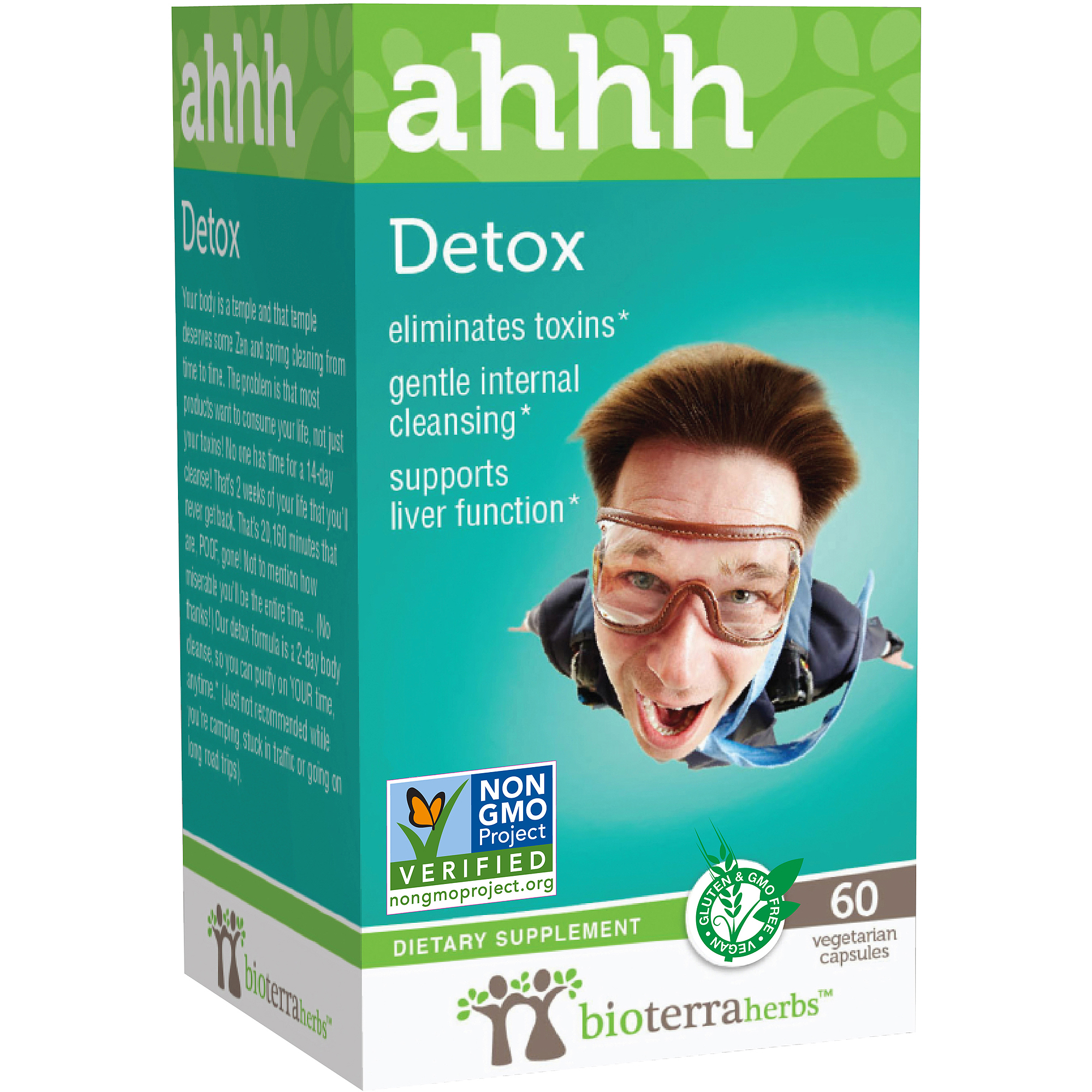 Although packaging may lure both buyers for retail chains and consumers to take a first look, sales require more than just a silly face. Products must deliver on those condition-specific claims.

The company’s herbal blends are effective, Chou says, because they are based on traditional Chinese medicine (TCM), with thousands of years of medicinal herbal knowledge supporting the formulas. “We didn’t just put these different types of herbs together from the air,” he explains. Indeed, making TCM readily available and more accessible in the U.S. was the goal of Sainthood USA founder Yuchan Zhong, who, though not a practitioner himself, hails from a family of TCM practitioners spanning generations.

Customers are drawn in by the packaging, but repeat purchases are driven by product effectiveness, according to Lalit Sorathia, CEO of Pharmalynk, a company that markets and distributes BioTerra Herbs to 180 independent pharmacies in California. Customers generally buy a single product, such as the Sleep/snooze formula, but will buy multiple bottles, Sorathia says. “Customers do keep coming back,” he says, “They actually love the products.”

Non-GMO Project verification and rigorous product testing give customers another reason to stick with the brand. BioTerra subjects its products to a range of tests, including ingredient identification by both high performance liquid chromatography and thin layer chromatography. “Transparency is really important, not only from the compliance side,” Chou says. “Consumers deserve the right to know where that product is from. We have nothing to hide—most companies shouldn’t have anything to hide—but we want to stress that. It’s important, especially for a young, new company, a new brand.”

Because of the small scale source of certain ingredients, organic certification remains a long-term goal for the company that goes hand-in-hand with growing their own ingredients. In the short-term, BioTerra Herbs will continue to expand its retail presence as well as cultivate its e-commerce sales. In addition to the nine herbal blend products already on the market, Chou says more are in the pipeline, including a Female Fertility product that will be in stores this summer. While the new product label still features human faces (the triumvirate of fertility: woman, man, infant), the packaging has dropped the comic tone. Perhaps that’s a sign that this small new company is not only growing but also maturing.