HomeArchiveGender and the business of natural products
Recent
Latest
4 tips to get ahead of chemical concerns in packaging
May 20, 2022
7 CBD favorites in the increasingly popular gummies format
May 20, 2022
Mission MightyMe helps parents introduce allergens to babies
May 20, 2022
UNFI's Eric Dorne to step down as chief operating officer
May 20, 2022
Trending
Whole Foods' honors 30 companies with 10th annual Supplier Awards
May 18, 2022
Sponsored Content
The rise of sustainable business – eGuide
Sponsored Content
Getting ready for 2023: Trends for brands to consider
May 17, 2022
Sponsored Content
Unboxed: 7 plant-forward ice creams to stock this summer
May 10, 2022
NBJ
brought to you by

Gender and the business of natural products 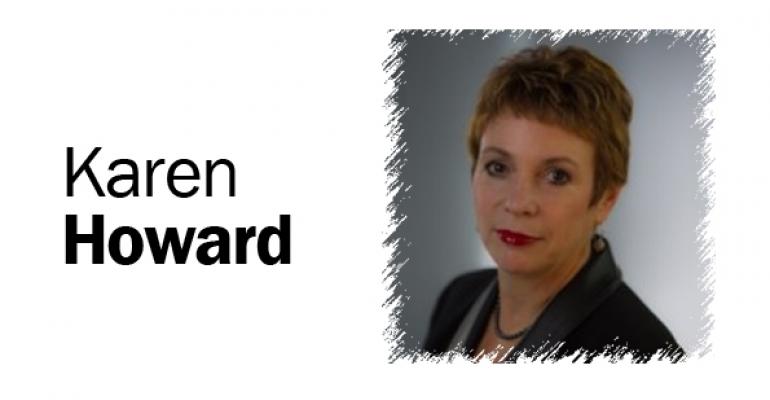 The industry should be a force for change for gender equality

How does the natural products industry rank when it comes to discrimination and diversity, promotion of women and their success, and providing opportunities for advancement? I’m not sure I, or anybody else, can answer that right now. Taking a page from the recent New Hampshire presidential primary, it occurs to me that navigating the realm of sex discrimination has become tricky of late.

The definition of feminism is undergoing serious transformation with younger female voters taking offense at comments offered by two famous feminists, Madeleine Albright and Gloria Steinem. Albright asserts these ladies are damned to hell if they fail to support Hilary Clinton in her bid for president. Steinem accused them of backing Bernie Sanders as a way to find “boys.”

Surprise! Younger women are not going to cast their votes for any woman based on her gender. Hence, it would behoove the natural products industry to pay attention to this juxtaposition of women vs. women in politics. Why? Today’s millennial woman, consumer of natural products or rising CEO in the industry, doesn’t know any way other than to be powerful in her own right.

She’s not waiting to be defined by somebody else. She’s working. And working hard. 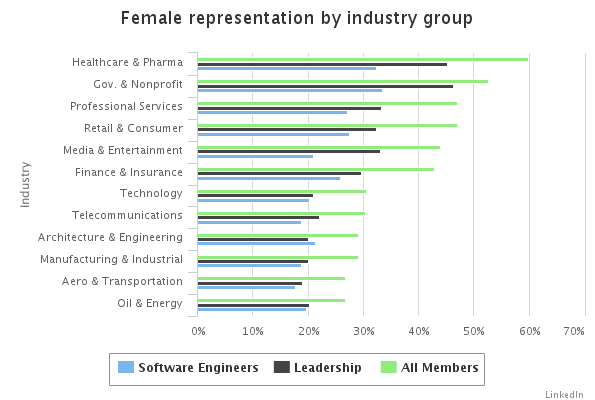 This industry is rooted in innovation, using nature to generate transformative health care results; pushing the boundaries of sustainable alternatives. Women play a major role in that work, though documentation of that role is thin. In the four years New Hope has been presenting Hall of Legend Awards, 43 (30 percent) were women (several of whom were part of a married team). Women presenters at the upcoming NBJ Summit also total 30 percent. We fare slightly better when it comes to Natural Products Expo West, where 40 percent of this year’s presenters are women. When it comes to CEOs, we appear to have no data. To be fair, only 4 percent of CEOs in Fortune 500 companies are women. I hope we are at least on par with that. I personally know of only three women CEOs, myself included, in the bevvy of industry nonprofit trade associations.

Maybe we won’t need to evoke our own Rooney Rule—the NFL’s formal pledge to increase diversity, specifically including women, in its executive team—but the smart, and most successful of our companies realize their female talent affords a competitive edge in a consumer market where women control the wallet. The demographics support what everyone must agree is a compelling, essential reason for diversification of workforce.

I’m told 55 percent of Expo West attendees are women. That makes sense. More than 19 million women shop organic. Women call virtually all the shots on health care, making 80 percent of all decisions, according to the Department of Labor. And if at least 50 percent of people take supplements, at least 80 million must be women. If you aren’t embracing the talents of women into your workforce, you may not be reaching the health advocates you seek to serve. I encourage urgency in your effort to do so.

Coming into their own

Female millennials represent 25 percent of today’s U.S. workforce and by 2020 will form 50 percent of the global workforce. They are not as focused on the travails of double standards for women as previous generations, but they can still smell misogyny. According to a report by PwC, 29 percent of female millennials believed internal promotions were biased towards men. That matters, because their number one reason for leaving a job is “Not enough opportunity for job progression.” And herein lies our opportunity to be the standard-bearers for women who want to make a difference in the world.

The nutrition industry’s numbers on diversity aren’t all bad, but they are far from complete. Greater transparency through data collection on how many women work in what jobs, for how long, and for how much money, would allow us to create meaningful networking opportunities and professional development programs for career advancement. That must include sessions on self-promotion. We have no shortage of cocktail parties and yoga sessions for women. Let’s create ways to mentor this next generation.

A time to lead

Let’s be clear on our mission and hold our trade associations and companies accountable when it comes to fairness and integrity. Fair trade isn’t just for farmers. When 70,000 people gather in Anaheim, the press pays attention. Requiring women to wear heels and short skirts to work results in a lawsuit, so why condone the promotion of products in our exhibit halls by scantily clad women? That went out of vogue even before cigarettes (and yet, those ashtrays outside the exhibit are always full). Next, let’s make sure there is zero tolerance for sexual harassment of any kind. I’ve heard comments that would make “Mad Men’s” Roger Sterling pale. No one believes words can’t hurt? They hurt the whole industry.

As an industry, we represent real health care, the totality of physical, mental and emotional care of body and spirit. Women in the natural products industry are the symbiotic force for health. Let’s advance at a pace worthy of the value of this work.