The lure of the third rail

Closing in on $39 billion, the supplement industry revealed a kind of resilience in 2015, but a resilience that is both unremarkable in the broad view and perhaps counterintuitive in the finer points.

Overall, NBJ estimates the market grew 5.9 percent to $38.8 billion in a year punctuated by a steady stream of negative headlines. That growth may seem a small uptick from the 5.1 percent in 2014, but, against the assumptions of many, the categories that took the most heat also showed the most growth.

Herbs and botanicals, the target of New York Attorney General Eric Schneiderman’s highly publicized investigation, grew at 7.5 percent, while sports nutrition, targeted in an “HBO Real Sports” report and various federal actions, shrugged off the criticism to mark an 8.4 percent rise in sales, down from double digits earlier in the decade, but still the strongest category NBJ tracks. 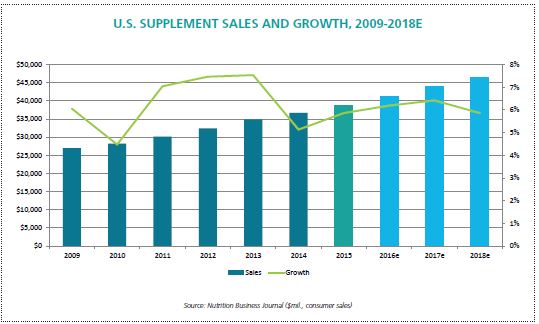 What this clearly means is that consumers read the headlines differently than the people working in the industry. What is less clear is what the industry can expect going forward. Examining growth rates category by category to create a storyline for the industry is a bit like divining the future from Tarot card confetti.

Multivitamins, a mega-category that took a hit in 2014 after the Annals of Internal Medicine told readers to “Stop Wasting Money on Vitamins and Minerals,” inched up from a dismal .4 percent growth in 2014 to hit 2.1 percent in 2015, despite theories that consumers may have simply moved from pills to powders and smoothie mixes, rather than turning their back on the benefits entirely (see A new take on the multivitamin, page 15).

But omega 3s, have yet to pull out of the negative trajectory that started in 2013 after studies showed no benefits and another linked high omega 3 levels to prostate cancer. That would seem ancient history in the short attention span of the twittered age, and yet fish oils declined by .5 percent in 2015.

So what to make of sports nutrition and herbs and botanicals? That two categories would shrug off the scandal-charged coverage without a pause could tell a story that’s more about belief in a lifestyle that includes supplements and not in the supplements as a standalone strategy.

“They are not reading the headlines in the same way that we are, and I think it’s driven by this experience of a healthy lifestyle,” says Naomi Whittle, recently named CEO at Twinlab Consolidated Holdings. Whittle believes that when consumers experience benefits, it makes it harder for a headline to distract them. “If I take supplements every day and I have more energy; I’m sleeping better; I notice that the collagen I am ingesting is making my skin look better; I am less interested in paying attention to what the media says.”

For Council for Responsible Nutrition President and CEO Steve Mister, that kind of lifestyle experience with supplements is specifically part of the story behind the resilience in herbs and botanicals. When supplements work for people—and they feel healthy—they may not reflexively turn to the pharmacist for answers. “I think there is a lot of interest in using herbs when they can in lieu of going to prescription drugs,” Mister says.

The investigation by the New York Attorney General’s office last year might have seeded doubts for specific products, but it didn’t erase that faith in the benefits. “Even the negative conversation was still keeping those products in the front of consumer minds,” Mister says. 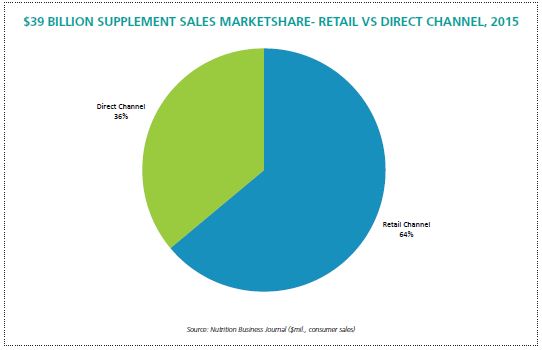 The potential for the lifestyle piece to boost sales has never been better, Whittle says. From Fitbits to the health app built into every iPhone, people have more capacity to monitor their health and see the benefits. They can track that healthy lifestyle with numbers.

Call it “personalized nutrition lite,” but consumers don’t necessarily need a 23andMe genetic analysis to know they are getting benefits from their supplements. The always-at-hand phone is tracking information that is accessible and understandable without the need for a professional consultation. People can see how their lifestyle is affecting their energy, sleep and mood, even before medical metrics like blood pressure come in. That information may nudge their attention back to nutrition, and, in the end, supplements. “I think we are going to see the industry really start to grow at a faster pace because the whole category of lifestyle is growing so fast,” Whittle says.

Of course, for supplements, instant access to data isn’t always a good thing. The consumer monitoring his sleep with a smartphone app can read about the New York attorney general or watch the Frontline “Supplements and Safety” episode on that same screen.

That’s where the industry needs to be ready to use technology to wield its best defense: transparency.

Transparency is a major tool to build growth, says Anurag Pande, vice president for scientific affairs at Sabinsa Corporation. Other industries are doing it and making it easy.  “Look at Whole Foods Market. You can basically locate your meat suppliers. You can look at where your chicken is coming from. You can see the farmer.  I think that is a part of transparency that the industry should look into,” Pande says.

When the industry sees that consumers want that transparency, and know how to look for it, companies will have to step up their diligence, Pande says. Working in ingredient supply, Pande says he is often shocked by the lack of caution. “Fewer than 20 percent of people who buy the material (from Sabinsa) are actually auditing our company,” Pande says.

Companies should not only be doing those audits but also telling their customers about it.

Whittle says customers aren’t waiting for the companies to put the transparency on the label or in an app. They are asking for it right now. “I can tell you over the past year and a half we’ve had consumers calling our call center asking for certificates of analysis,” Whittle says.

Pande says those consumers are also demanding the science. The science is becoming more robust just as it is becoming more accessible to consumers.  They can learn about new ingredients and also new benefits tied to familiar ingredients like curcumin. They share that information socially and can point directly to the studies themselves. “We feel much of the growth is coming from people who are becoming more educated,” Pande says. 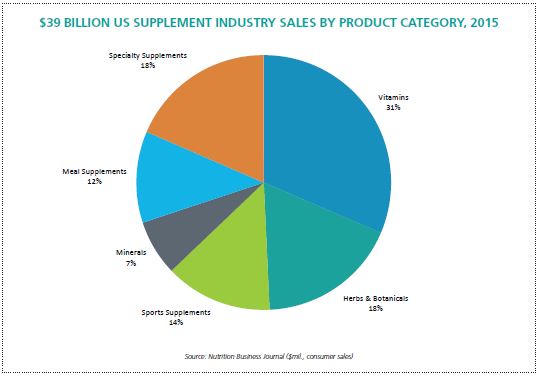 Confidence built on transparency and science does more than build steady growth. Public trust could help set the stage to capitalize on the casual quantification delivered by smartphone. Or ready the public for the next blockbuster ingredient.

Blockbusters are a rare commodity.

Bee pollen is the ingredient of the moment at 19.2 percent growth (see Profit in pollen, page 18), but at $167 million, it’s not enough to significantly buoy the industry over all. Even probiotics, a $1.6 billion market, where growth accelerated to 17.9 percent in 2015 from 14.2 percent, is eclipsed by the tepid growth in the $4.8 billion multivitamin sales.

It might take several probiotic-level trends to bring the overall supplement growth up to the 7.5 percent of 2013. The next super ingredient will have to have science, transparency and a public ready to trust in the benefits and the companies behind it. Growth in six of the 13 ingredients in NBJ’s specialty category turned negative in 2015, possibly an indication of how difficult it is to build or even maintain traction when the preponderance of media coverage seems negative.

Still, people like Whittle are ready to look back on 2015 as perhaps not a good year but a pivotal one. Supplement makers spoke more openly. Trade groups acted assertively.  “There has to be an increased sense of urgency, and I hope that is what we are seeing in our industry,” Whittle says.

Mister agrees. Strong sales in herbs and botanicals were, he says, a sign that the public is not responding to the news with the “hand wringing” that the industry displayed. Still, the New York attorney general investigation and other stories were a call to action that the industry has done well to take seriously. A charge that the industry overreacted would miss the point, he says.

“By the time you see a tipping point in consumer confidence, it’s too late.”

Indeed, with growth less than spectacular but not quite alarming, 2015 could turn out to be the year when supplement makers had the right balance between urgency and alarm to act wisely.

The growth may be unremarkable, but the industry’s actions may be remembered as exceptional.