The lure of the third rail 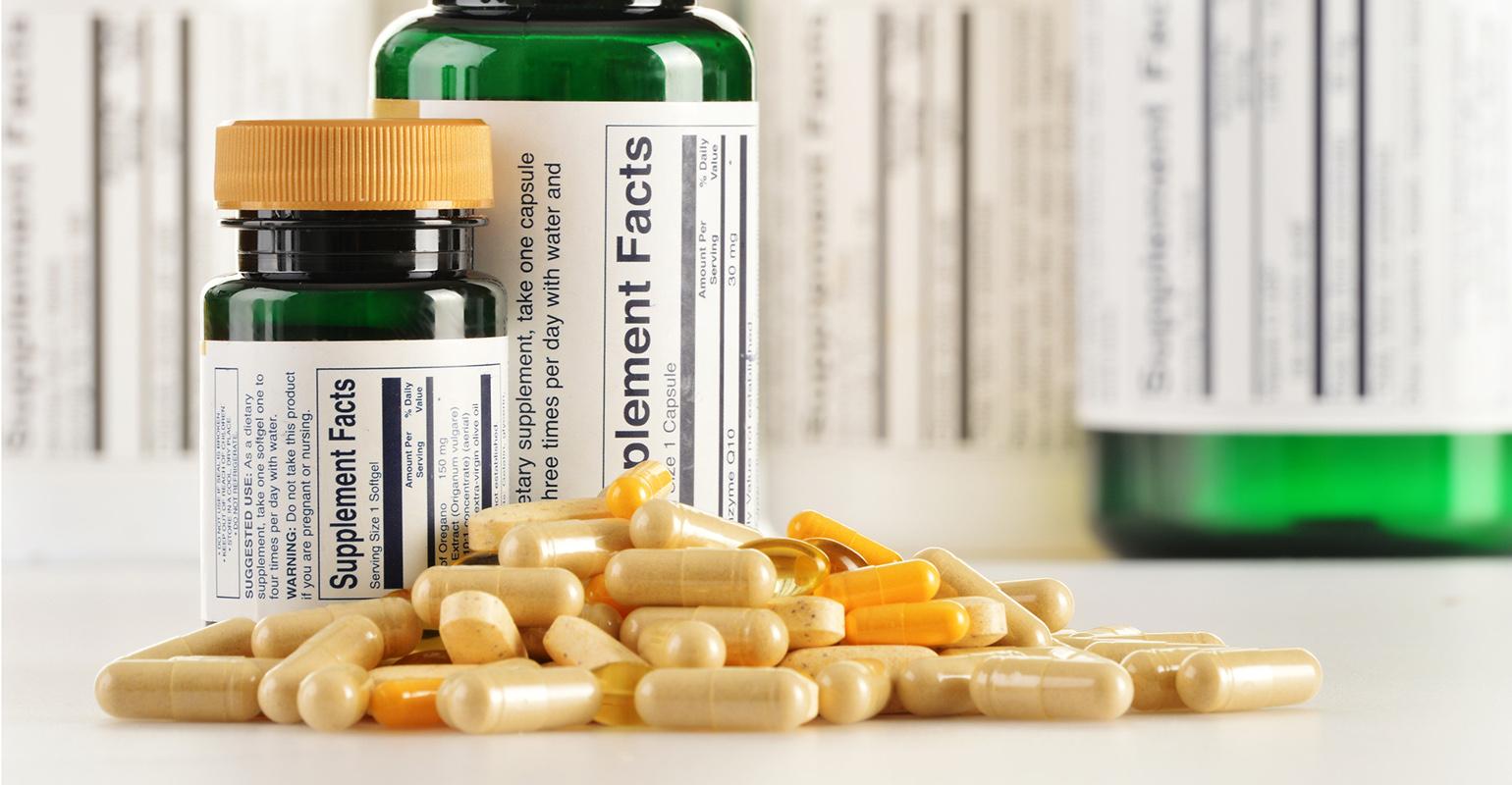 Risky categories like weight loss, sexual health and cognition are ripe with opportunity

Ask an aging Gen X-er or Baby Boomer what they’d most like to improve about their health, and you’ll probably get a wish list that goes something like this: Lose 10 pounds. Stop forgetting where I left my keys. Have more sex (or, specifically, more sex drive).

Studies show six in 10 adults weigh more than they want to. More than 13 percent of those age 45 or older report “worsening confusion or memory loss.” Thirty-nine percent of women lack sex drive, and 18 percent of men suffer from erectile dysfunction. Consumers are clamoring for solutions but, thus far, the pharmaceutical industry is striking out: A long list of dementia/Alzheimer’s drugs have failed to show significant benefit in clinical trials. The half-dozen weight-loss drugs on the market come with brutal side effects. And the “female Viagra”, Addyi, approved in August, has suffered embarrassingly low sales due to warnings that if women take it with alcohol they might pass out.

To dietary supplement makers, all this —albeit depressing—illustrates a wealth of untapped market potential. Even in a period of relatively flat growth for the overall market, sales of weight loss, cognitive health, and sexual health products are all growing, representing more than $3.5 billion in sales in 2015, according to NBJ. But while consumer demand and lack of innovation is tempting more upstanding companies to wade into these categories, those interested in following their lead should take heed: They are also among the least trusted categories by consumers (for good reason), and the most scrutinized by regulators.

“The market potential is great,” says science and regulatory affairs consultant Risa Schulman, PhD, of Tap Root. “But some of these categories have been abused for so long by unscrupulous companies making egregious claims or adulterating products. You really have to be buttoned-up on your science and willing to tone down your claims if you want to succeed.”

Survey the long saga of scandal in the dietary supplement industry and weight-loss and sexual enhancement products play a starring role:

In 2004, the Food and Drug Administration banned products containing ephedra after widespread reports that it led to heart attacks and deaths. Four years later, FDA warned consumers to stop using Hydroxycut, after an investigation found it led to liver problems. In 2009, FDA warned that it had found 72 weight loss products which included “active pharmaceutical ingredients.” And in 2013, the agency extended a similar warning about sexual enhancement supplements, after finding 23 products, with names like Mojo Nights, Rock-it Man, and Stiff-it, contained the very erectile dysfunction drug—Viagra—they claimed to replace.

The trend continues today. Of the 80 warning letters issued by FDA to supplement companies in 2015, at least 29 went to diet-pill makers, mostly for peddling products that the agency either considers to be “new dietary ingredients” or not dietary ingredients at all (frequent targets included the stimulant BMPEA, a.k.a. Acacia rigidula, and the stimulant picamilon, which is sold as a drug in Russia)

Of the 23 products called out so far in 2016 for being “tainted products marketed as dietary supplements,” 15 were sexual enhancement supplements and the rest were weight loss products.

Forty-year industry veteran Anthony Almada says the reason these categories tend to be a magnet for malfeasance is simple: unlike with “experientially inert” products like multi-vitamins, which take a while to have a tangible impact if they have one at all, consumers expect to either look different or feel different fast when they take a diet pill or sexual enhancement product. If that doesn’t happen, they move on to the next shiny new thing.

“When you are selling things that are supposed to impact the way you look or feel, you tend to enter into a slippery slope,” he says. “There is this underbelly of industry players who know the only way they can produce a repeat buy is if the consumer takes their product with the derivative of a real drug.” In other cases, such as with ephedra, the supplement really does work, but in doing so presents problematic side-effects.

The nascent field of cognitive health supplements has caught the eye of regulators more recently for very different reasons. The target population is often the elderly,\ and considered vulnerable. “People looking online for cures or treatments for Alzheimer’s disease and dementia are at their most desperate, and it’s clear from what we’ve found that many of these products prey on that desperation,” said U.S. Senator Claire McCaskill in June, calling for an FDA crackdown.

Even for upstanding supplement companies who set out to do the right thing and develop good science behind their claims, Schulman says it can be exceedingly difficult to design a study that shows demonstrable, significant impacts on memory in a healthy population (under DSHEA, supplements can’t claim to address dementia or Alzheimer’s anyway, so studying those populations is unwise). Even when a population does show memory improvement, companies must be painstakingly clear in their claims to talk about what kind of memory they improve. (As DSM learned in 2014 when the FTC made it change its labels on its brain health products).

Put simply, cognitive health is a regulatory mine field.

How smart companies can do it right

Schulman says that, as a general rule, few companies in the United States are interested in touching the male sexual health category. “I think people are staying away from all aspects of it right now. If you just look at the shelves, it’s not out there.”

But she and others say they have seen a big uptick in interest in the weight loss category, after a period when it was deliberately avoided by reputable companies. “I see companies that are very interested in going into this area. They are looking toward branded ingredients, and they are being very careful about how they design their research and what they say about it,” says Schulman.

“Over the past few years it didn’t seem like there was, from a supplement perspective, much interest in new product development. But for about the past year, we are hearing more of our customers talking about how they are doing new products and reformulating their products to focus on weight management.”

In May, PLT rolled out a new, branded, botanical ingredient, SlimVance, after five years of research  showing its combined ingredients work synergistically to inhibit fat cell accumulation and promote the breakdown of fat cells. As part of their process, they surveyed brands on what they look for in an ingredient and got some surprisingly detailed responses:

“Obviously, everyone wants randomized-controlled trials behind their claims, but it goes deeper than that,” she says. Brand-holders and manufacturers want to see multiple, independent studies, conducted by separate investigators at separate universities or research organizations, “so it is not the same people conducting all the research.” They want studies involving men and women. They want mildly overweight participants, rather than obese ones. They want big sample sizes. And when it comes time to make a claim, they want to be able to say not just that the ingredient will help people lose weight but precisely how. Does it make you feel fuller? Increase energy expenditure? Block fat absorption or decrease maturation of fat cells? And where is the science that says so?

“It just won’t work anymore to do a quick, down and dirty study, showing a little bit of weight loss in a few obese people,” Davis says.

Their latest study, a multi-center RCT involving 130 people over 16 weeks, showed an average of 12 pounds of weight loss after four months (Impressive, but not exactly fodder for a late-night infomercial).

That’s OK, Davis says. In order to climb out of the shadows, the new generation of weight loss products needs to take things slower, and stress that diet and exercise matter too. “We as an industry need to communicate that there is no magic bullet.”

Uber-specific claims backed by rock-solid science are also critical for gaining trust of brands and consumers in the cognitive health field, says Brenda Fonseca, technical services manager for cognition and innovation at Kemin Industries. The company spent nearly $4.5 million to develop and research its new cognitive health product, Neumentix, and plans to post detailed mechanism of action videos, and full texts of its studies on its consumer-facing website. “More specific claims are definitely appealing right now— not just saying this will improve your memory but what type of memory and how.”

In the mine-field that is the sexual health supplement market, a Canadian pedigree—where pre-market approval of supplements is required—may be an asset, says Shawna Page, founder of femMED. Founded in 2007, the company makes a broad line of women’s health products, including a libido booster, and also a sexual enhancement product for men. They are among the company’s top-sellers, available in mass retailers in Canada. But in recent years, customers from the United States, the Middle East, China, and elsewhere have been buying more and more online.

“One of the single biggest reasons these customers come to us is because we are Canadian,” says Page, noting that it took three years and required countless back-and-forth with regulators before she could start selling her libido formula. “Those in the know and in the industry recognize and appreciate the rigor we have to go through in order to sell our products in Canada.” Her advice to U.S. companies: “If money is no object, hire one of the regulatory companies here in Canada (to help you design your study and come up with your claims). If it can pass the rigor here, it can pass the rigor in the states and people will know it is a good product.”

She also stresses that her libido formula takes two to three weeks—not hours—to have an effect, a far-cry from the “crazy promises” she sees on bottles elsewhere.

Newcomers to any of the highly scrutinized categories would be wise to take a similar, prudent approach.

As Schulman puts it, “Instead of making the strongest, boldest claim you think you can make, back down a little bit—maybe even farther than you want to. You want to really stay on the right side of the fence.”