Sales of chains such as Whole Foods have a big impact on the entire natural channel. But independent retailers have a great opportunity to differentiate by shifting their wellness offerings, hiring quality people and paying attention to consumer trends. 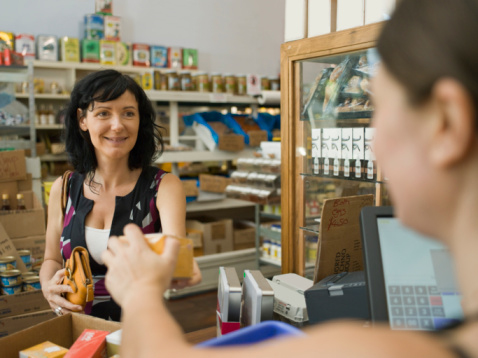 Whole Foods came into the recession as Whole Paycheck. They've really turned that around. They have more value offerings and amazing sales," says Bob Burke, founder of Natural Products Consulting in Andover, Mass. "That has a huge impact on the success of the entire channel. It forces independents to differentiate further, to shift their focus and their offerings, and to pay attention to consumer trends like allergen free, gluten free and non-[genetically modified products], which are helping to drive growth."

Chains such as Whole Foods, Trader Joe's, Sunflower Farmers Market, Earth Fare and Sprouts Farmers Market, which recently merged with Henry's Markets, will continue to do well, experts predict. And they will see increased competition from conventional supermarkets like Safeway and Kroger, which average about 2,000 square feet of natural and organic products, according to Jay Jacobowitz, president and founder of Retail Insights, a Brattleboro, Vt.-based consulting service for natural products retailers.

What does this mean for smaller independents? "The casual strategy that independent retailers have used—‘I'm going to put up 2,000 square feet, put up some shelves, throw some natural products up there and call it a day'—those days are over," says Jacobowitz. "You have to add value.

"One value is the quality of your people," he adds. "They have to be knowledgeable, have to engage your customers. The other is place—merchandising and the place itself. You have to differentiate."

Corinne Shindelar, CEO of the Minneapolis-based Independent Natural Food Retailers Association, believes that "independents that learn or have learned to excel at SKU rationalization (adding, retaining or eliminating items) and applying unique pricing strategies are more likely to succeed. Using a combination of available data sources, knowing your markets and your gut instincts are all parts of the formula for future success."

Supplements stores also will have to differentiate themselves, though in a disparate way. The slowdown in sales growth for supplements compared with increased food sales indicates consumers are turning to vittles rather than pills for nutrients and health benefits, according to some experts. In addition, the NFM survey results show that smaller supplements stores outperformed their larger brethren, and that online customers accounted for the highest percentage of sales for large supplements stores. "You don't need a big footprint to sell vitamin E," Jacobowitz says. "But if you are a vitamin-selling chain store, it will be beneficial to have a catalog and Internet component." 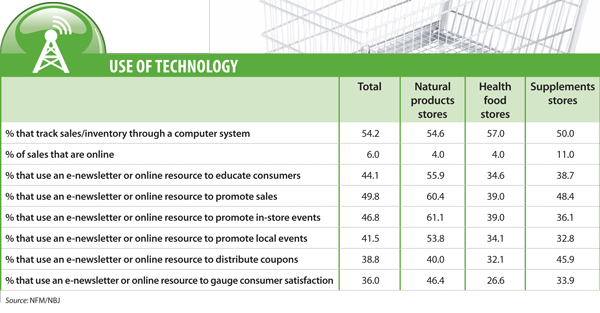 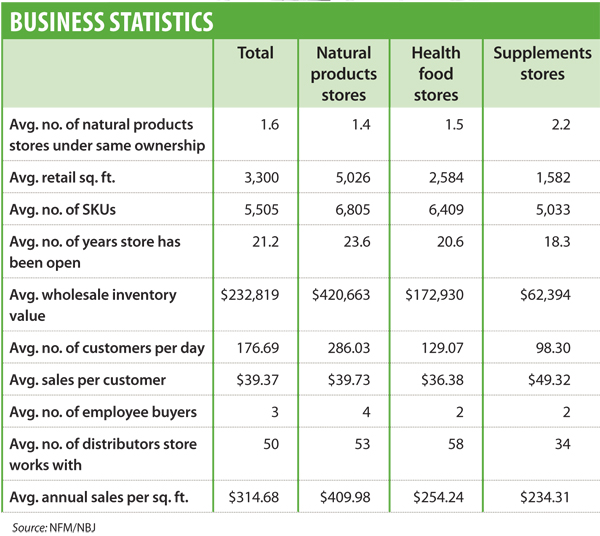