In FTC vs Bayer, science won

What happens when the regulators need to be regulated?

That's a question many in the supplement industry might be asking after seeing the Federal Trade Commission lose in an attempt to impose new standards on Bayer last year.

For many supplement industry leaders, the Federal Trade Commission has gone from necessary evil to necessary ally in a struggle to control the industry’s fringe: a shadowy collection of companies hawking ineffective weight loss formulas, spiked sports supplements and sexual enhancement formulas with dubious ingredients. That fringe may be small, but the headlines run in bold type.

Still, how those regulatory allies choose their targets, ignoring too many fish in a too-deep barrel, can still be mystifying, even enraging, for companies that find themselves caught in expensive legal tangles over products with widely accepted claims of safety and efficacy.

Bayer's victory last year provides as many questions as lessons for the supplement industry. For Jonathan Cohn, partner at Sidley Austin LLP and Bayer's attorney in the case, the lesson is one about fighting bad science with good science, but the question is what the industry can do to force agencies to choose high-priority over high profile. There is no shortage of companies offering questionable products, Cohn says, but he charges that the FTC too often goes after big companies doing responsible science and delivering safe products. "For some reason over the past few years they are attempting to shoot too many of their arrows in the wrong direction, going after mainstream companies doing mainstream things.” That crowded barrel is filled with companies that pose real health threats. "We'd hope they would shoot at all the fish that are doing all the wrong things."

For Bayer, last year's victory was rooted in something of a loss in 2007. The company had been called to task for attributing weight loss benefits to its One-a-Day WeightSmart  multivitamin. The FTC called claims of increased metabolism bogus and Bayer settled with a consent decree that included an agreement that they would follow the universally accepted practice of possessing "competent and reliable scientific evidence" to back up claims on their products. It seemed a reasonable conclusion.

The FTC twisted it into something unreasonable just a few years later.

In 2011, FTC launched an investigation into Bayer's Phillips Colon Health probiotic formula, a trio of probiotic strains marketed to promote "overall digestive health" with a claim it would help "defend against occasional constipation, gas, diarrhea and bloating." Three years later, the Department of Justice filed an order of contempt against Bayer, claiming the company violated the 2008 consent decree, and, in the process, attempted to introduce a requirement entirely absent from that decree. FTC regulators wanted to define competent and reliable scientific evidence as including randomized, placebo-controlled, double-blind human clinical trials performed on the target population.

That's where the FTC's case veered off a playing field that had been level, surveyed and clearly marked, Cohn says. FTC and FDA guidance does not absolutely require a randomized clinical trial (RCT). “It was just a pure attempt to change the law and to change it in a way that was unique to Bayer," Cohn says.

U.S. District Judge Jose Linares largely agreed with Cohn’s position. In a 38-page opinion, sometimes candidly critical of the FTC's case, Linares found that the Commission "did not carry its burden of proving that Bayer failed to possess and rely upon competent and reliable scientific evidence." Linares was particularly critical of the FTC’s expert, Dr. Loren Lane, a gastroenterologist with no background in using probiotics, treating patients with probiotics or conducting research on probiotics. In contrast, Linares appeared more ready to accept the experts deployed by Bayer, including Dr. Daniel Merenstein, a professor at Georgetown University and lead investigator on eight clinical trials studying probiotics.

Merenstein was not the only doctor joining the defense team. In the battle of the experts, the best expert may not always a win, but in a battle with the FTC, a full quiver of experts is still a company's best bet. That worked for Bayer.

That’s how Pharmavite counsel Christine Burdick-Bell sees it. "What really persuaded the court was the experts," she says. "Bayer had the better experts, that's what really won the day."

In reality, it wasn’t even close. Burdick-Bell has gone over Linares' decision line by line. "The expert that the FTC had didn’t even know DSHEA existed," Burdick-Bell notes. "Nobody had even given him the guidance documents."

Burdick-Bell says the case, and the POM Wonderful decision in January of 2015, might suggest the court is reigning in overzealous interpretations by regulators. At the June 2014 Senate panel that famously dressed down Dr. Mehmet Oz in a soundbite-heavy scolding, trade groups questioned the FTC’s demand for two randomized clinical trials on supplement claims. The POM decision knocked that down to one. The Bayer decision threw the RCT requirement out altogether, at least in this case. Though companies settling with the FTC have agreed to RCTs in consent decrees, the Bayer opinion holds that competent and reliable scientific evidence can rely on other sorts of studies and scientific findings. It could suggest new strategies for companies settling with regulators. If Bayer had agreed to an RCT standard in 2007, the outcome last year would have been very different.

That doesn’t mean supplement makers can make too much of the decision, Burdick-Bell says. "I don’t think the industry should get overconfident," she says. "You still have to have the science."

It has to be strong science too. There are studies to cite that have 10,000 subjects, and there are studies that have 20, she notes. "What's the right place in the spectrum? That's why companies have lawyers and regulatory counsel."

Cohn would like to believe FTC regulators have no shortage of blatant offenders in the supplement space. The challenge, as he sees it, is getting them to move the focus in the right direction. "There has to be Congressional oversight," Cohn says. 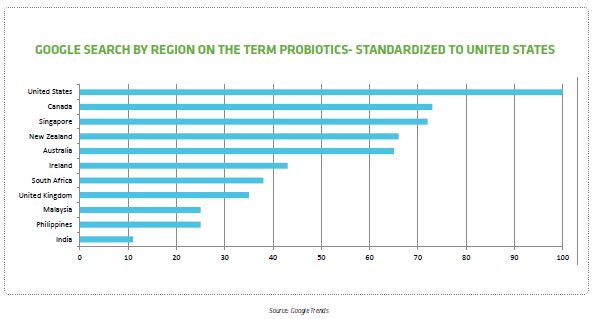 Too many companies may also be too quick to settle, Cohn says. Litigation is expensive and Bayer had the money to fight. That’s not true for everybody, no matter how solid the science. That’s where consent decrees mandating RCTs creep in. It’s a standard the industry can’t afford to let stand too broadly. If the FTC had prevailed and could start imposing an RCT standard on common supplements “there would have been shelves at CVS that would have been entirely empty,” Cohn says. “It wouldn’t just sink the probiotic industry but, also the whole supplement industry."

Jeffrey Smith, attorney at Crowell Moring in Washington, D.C., previously worked at the Department of Justice and the FTC, handling cases involving advertising claims. For him, the Bayer case should not be interpreted as a sign the FTC will show any reserve in pursuing supplement companies. As Burdick-Bell says, science is still everything and regulatory scrutiny is a given. "I think it would be a mistake to underestimate the FTC’s resolve," Mitchell says.

The real lesson, Mitchell says, and a real opportunity for the supplement industry, is in helping set a standard of what competent and reliable scientific evidence means. If more companies coalesced around a definition, perhaps shepherded by a trade group, they could set a standard that could be used as a defense. "Having a sort of general industry standard and general industry practices gives some comfort that they are all doing what everybody else is doing," Mitchell says. That could be persuasive in court. "I think that’s a much easier pitch to make and a much more efficient risk management take."

Such things, of course, do not happen overnight and establishing any kind of precedent could take even longer. But if regulating the regulators becomes impossible—especially with Congress largely frozen in its steps—creating a set of standards for science might be the surest step the industry can take.

How do you regulate the regulators? Maybe you don't. But the next step in self-regulation could be an industry agreement on the practice of science and what that science can say.