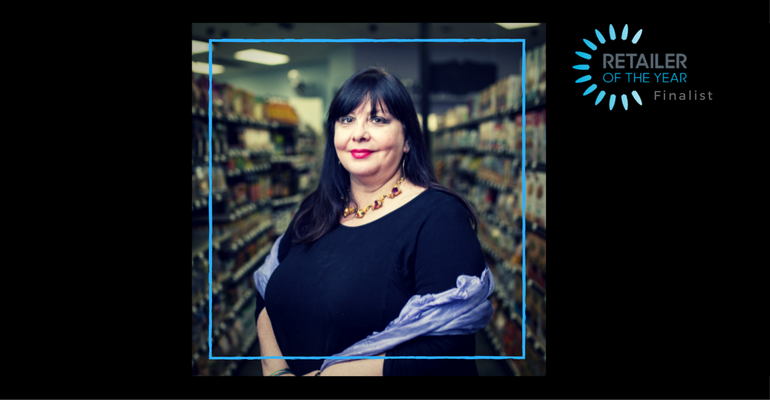 Angie O'Pry Blades inspires in her store, in her community and across the nation. This is how she leads as a Retailer of the Year Inspiring Retail Woman finalist.

Angie O’Pry Blades, president of Fiesta Nutrition Center in Monroe, Louisiana, began her 40-plus-year career in the natural foods industry working part-time at the store during college. After a few years, plans were put in place for her to purchase the store once the owner retired. Before long, she’d expanded the business into the 4,000-square-foot high-traffic midtown outpost that it is today.

Blades credits her success with lessons she learned as a teenager working at her grandparents’ grocery store during the summers.

“My grandmother was a great example of the perfect woman storekeeper,” she says. “I admired her multitasking skills, which included meeting with vendors, waiting on customers, bookkeeping and managing personnel, all with a firm demeanor but loving personality that won over her customers and community.”

Surely, Blades’ grandmother would be proud to know that her onetime ingenue has become one of the most influential women in natural retailing today. Here’s how she does it:

Store leader. “I have tried to be an inspiration to everyone I employ by telling my story of starting out as an hourly employee and working my way to owning the business,” Blades says. She encourages her employees to reach for similar goals. Her current grocery manager, who has worked at the store since age 19, is just one example of those she has mentored.

Community leader. Blades speaks to various community groups about health, wellness and entrepreneurship. She is one of the founders of DREAMS, a local platform for empowering challenged youth through interpersonal skills. Her store also supports the community by encouraging shoppers to round up their purchases, with the proceeds benefiting a local women and children’s shelter.

Industry leader. A former Natural Products Association Southwest president, Blades has traveled to Washington, D.C., to meet with lawmakers and lobby on behalf of the industry she loves. “I feel that I have the best job a person could wish for,” she says.

The other Retailer of the Year Inspiring Retail Woman finalists are: