HomeBusiness ResourcesRetail and DistributionNBJ honors GNC's Mike Archbold for his efforts on behalf of the industry
Recent
Latest
Sponsored Content
Elevating the organic message – download
The Analyst’s Take: Top three takeaways from NBJ’s Global Supplement Business Report
Jun 30, 2022
Sponsored Content
How choosing products made with organic palm oil is critical for the future health of the planet – webinar
2 coconut beverage brands share their sustainability stories
Jun 30, 2022
Trending
Unboxed: 7 clean collagen powders with a twist
Jun 21, 2022
Getting ready for 2023: Trends for brands to consider
May 17, 2022
Southwest Georgia Agri-Tourism Trail supports Black farmers, historic farms
Jun 27, 2022
No, multivitamins are not a 'waste of money'
Jun 23, 2022
NBJ
brought to you by 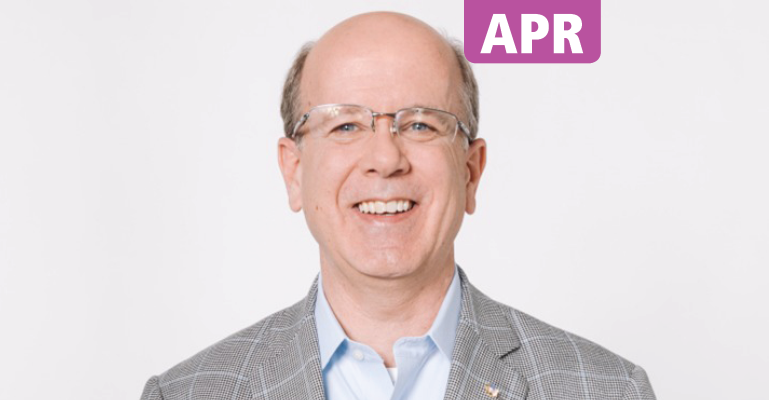 When GNC was burdened with a damning investigation, Archbold saw an opportunity to unite the entire industry.

On Monday morning, February 2, 2015, six months into his career with GNC, CEO Michael Archbold received a notification from New York Attorney General (NYAG) Eric Schneiderman calling on the company to “cease and desist engaging in the sale of adulterated and/or mislabeled herbal dietary supplements, and in particular to immediately stop the sale of five ‘Herbal Plus’ dietary supplements…”

That notification, and much of what happened in the following months, sent Archbold on a mission for industry reform that reshaped how retailers, producers and trade groups approach product transparency.

Archbold had stepped in mid-2014 after a successful customer experience and financial performance turnaround for women’s clothing retailer Talbots (as well as executive positions with many national retailers including Vitamin Shoppe). GNC brought him on as they experienced slowing sales growth, and stock value began to grow immediately.

On July 28th, 2016, days before his second anniversary at GNC, Archbold was replaced due to decreasing revenue. The NYAG investigation and resulting compliance and transparency efforts formed a dominant element of his tenure with the company.

GNC was one of four companies named in the AG’s investigation. Walgreens, Walmart and Target were also found to be selling adulterated and mislabeled herbal supplements, four out of five of which “did not contain any of the herbs on their labels,” according to a New York Times article the day following the announcement of the investigation. The story alleged the products contained only “cheap fillers like powdered rice, asparagus and houseplants, and in some cases substances that could be dangerous to those with allergies.”

Readers of this journal know the rest of the story. The allegations, based on an inappropriate testing method, proved to be largely false—but not before GNC complied with the AG’s requests. On March 30th, Schneiderman announced an agreement with GNC to implement “landmark reforms for herbal supplements” and urging “all herbal supplements manufacturers and retailers to join GNC in working with us to ensure consumer safety.”

Part of the agreement was that the very same lot numbers called mislabeled by the AG’s office were put back on the shelf after being proven—by way of more appropriate chemical assays—to be satisfactory. Instead of fighting the AG, however, GNC continued to comply and embarked on a mission to build in the kinds of safeguards that would have prevented the whole NYAG controversy from happening in the first place. Those safeguards included clarifying standards of identification and outlining GMPs for botanicals (accelerating an ongoing AHPA effort) and eliciting input from throughout the industry. The bold moves were applauded.

But perhaps not in the GNC boardroom.

“Was it worth it?” Archbold says of the efforts put forth by GNC under his leadership. “Absolutely it was worth it. It is worth it. Quality is always worth the cost.”

Archbold describes the quality assurance efforts as a four-legged stool. Good agricultural practices, supply chain management, raw material GMPs and testing form one of the legs. An industry-wide product database forms another. Participating in facility quality seals like ISO9000 or GMP seals becomes the third. “The last leg that I look at is really consumer communication media strategy,” Archbold says. “That’s where you get credit for all of the other things that are going on that are so important. But I really do think of it as building that four-legged stool, and you need all of them to make it stand up sturdy.”

It’s an expensive stool (with the first leg being both the most important and most expensive, says Archbold). But, he says, “I think not having those things would be an even greater cost.” A tough decision to make as a new CEO of a struggling company.

“It truly tests the integrity of both the CEO and the company he represents when faced with a head-on crisis,” says Scott Steinford, CEO and founder of Trust Transparency Consulting. Archbold, he says, stepped up in a very visible fashion to address the dialogue. “Very few at that particular time reached out as quickly and as effectively as he did. He represented the industry with integrity, ethics and transparency and changed the dialogue that could have evolved had he not stepped in.”

That visibility is a key component of the galvanizing effect of GNC’s work during Archbold’s tenure. “What we found,” says Archbold, “is that so many of the quality players in the industry … had so many good practices and procedures.”

What Archbold believes GNC’s role was during that time was bringing the industry together to standardize best practices, “to ensure that we all are doing the same great things rather than a whole bunch of different great things.”

GNC was able to put the products back on the shelves, Archbold says, “because the products were fully compliant.” “We then agreed to take on a number of initiatives in order to drive the standardization of the processes throughout our entire supply chain and then really pushed to have the entire industry do the same thing.”

GNC also built partnerships across multiple strata of the industry, working in project partnerships not just with AHPA,  but with NPA, CRN and UNPA, too, to create standards for identification and GMPs, especially for botanicals.

“We could not have done it without the support and the alignment of the trade associations,” Archbold says. “This was one of the cases where we as an industry really came together as a united front and knew what needed to be done.” Instead of arguing over the possibilities, he says, GNC, along with the trade associations and industry leaders, aligned around what needed to be done. “I think that’s really what made such a difference.”

In times of trouble

“It is worth noting that this engagement came during a challenging time for GNC,” Israelsen says. “His efforts to re-engage GNC with the industry and lead out on these issues while working internally to raise the bar on product standards within GNC are to be commended.”

“A challenging time” might be an understatement. Archbold’s initial gains in GNC’s stock valuation flattened during the investigation and began to disintegrate in September of 2015, hitting his GNC career low in July of 2016. At that time, the company reported second quarter consolidated revenue of $673.2 million, a 2.4 percent year-over-year decrease. Same store sales decreased 3.7 percent (and 6.6 percent in franchise locations).

In an abrupt turn at the end of July, Archbold left GNC and resigned from the board. GNC’s Chairman, Michael F. Hines, stated in a press release at the time: “As we continue the strategic review process and move with urgency to improve performance, the Board believes it is the right time to undertake this change to drive effective execution of our plans.”

Product quality standards are an ongoing effort and a moving target for the entire industry. Taking a close look at quality wasn’t a new effort for GNC. Even so, “there is a good portion of it that was, in fact, triggered by the NYAG’s work and investigations,” Archbold admits, “because it caused us to really focus on all of the great things that we do and the need for being able to communicate those things.”

GNC, he says, already had, and still has, great quality practices, standards and testing procedures. What they found is that their standards differed from those of other quality brands. “The NYAG’s investigation certainly was one of the factors that pushed us to really pull the industry together.”

Pulling together is essential, Archbold says. “I think if we as an industry can align around best practices on tests and procedures, we can drive down the cost of quality, and that way we can really receive credit from the consumer for the great quality that so many in the industry actually deliver.”

Steinford sees this, too. “The discussion that Mike forwarded is going to continue to evolve for years to come,” he says.

When it comes to receiving an NBJ award, Archbold says he is “thrilled to be able to stand up for all the great things this industry has done. The focus on the quality, the purity, the potency, the safety and the efficacy of our products is something that cannot and should never be discounted.” As companies like GNC continue to focus and communicate quality efforts, the entire industry stands to improve its reputation, he continues. The result? “I think that the growth of the industry will continue to be as great as it has been in the past.” 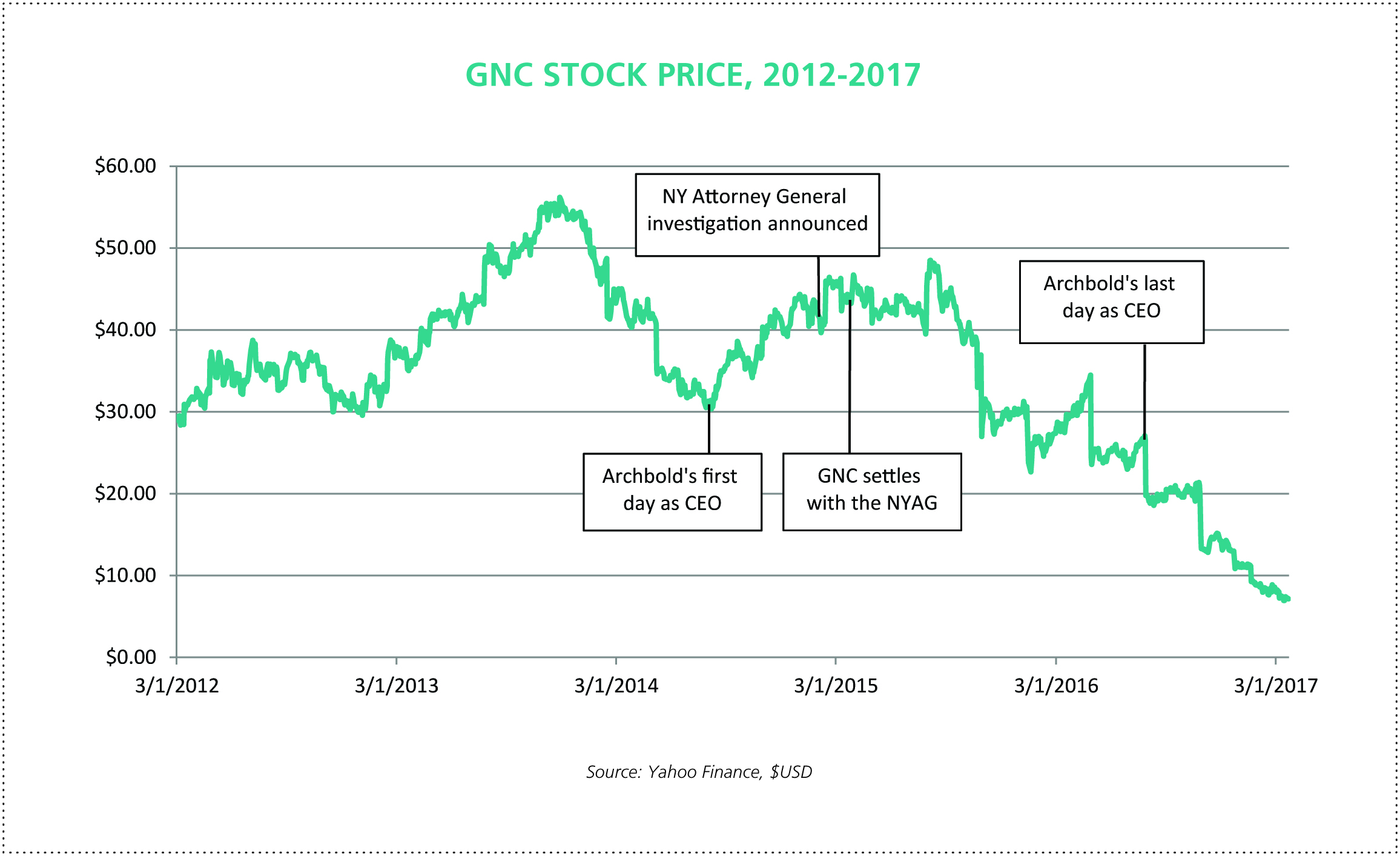