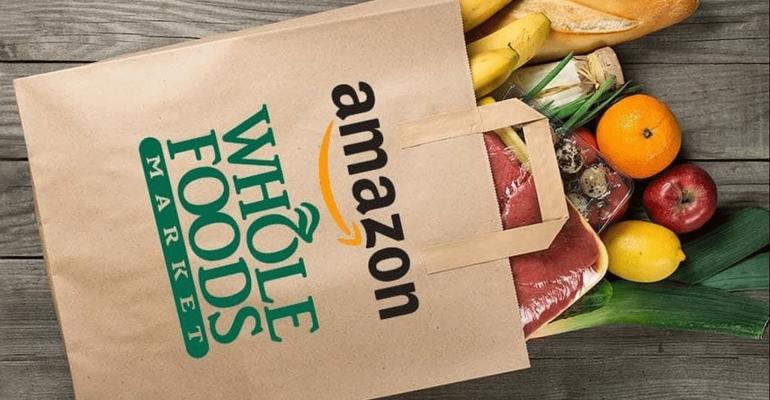 Here's a look at what grocery shoppers did during Amazon Prime Day and just what the Whole Foods Market shopper did with the new benefits.

According to a poll of 2,451 U.S. adults by mobile-driven market researcher Field Agent, 14 percent of Amazon Prime members who shop at Whole Foods took part in Whole Foods’ Prime Day deals or promotions.

The top promotion was a $10 credit for Amazon.com Prime Day shopping for consumers spending at least $10 at Whole Foods. Field Agent reported that 74 percent of shoppers who participated in Whole Foods’ Prime Day used that offer. Another 44 percent said they bought produce, meat or packaged groceries with “deep discount” offers exclusively for Prime members.

“Shoppers generally liked what they saw. Of those who participated in Whole Foods’ Prime Day deals or promotions, the majority—71percent—were extremely or very satisfied with the quality of deals/promos,” explained Chris Medenwald, a research analyst and marketing manager at Field Agent.

“It’s probably worth noting that among Prime members who shop at Whole Foods (and have convenient, local access) but did not take advantage of the grocer’s Prime Day offerings, 47 percent indicated they simply did not know the deals were available, and another 25 percent agreed they ‘didn't need to go grocery shopping while the deals were available,’” he added.

Of products typically sold at supermarkets, food and beverages were purchased via Prime Day deals by 11 percent of consumers surveyed, and 17 percent said they bought health and beauty aids.

For example, 70 percent of shoppers don’t currently buy groceries and household goods online, yet 43 percent reported that they are likely to start doing so now that it is offered via Amazon Prime, RetailMeNot said.

Consumers also cited the value of convenience: 43 percent said online shopping for groceries and household goods saves them time and is easier than going to a physical store, RetailMeNot found. The top household items that consumers buy on Amazon are toiletries (35 percent), cleaning supplies (33 percent) and paper goods (29 percent).

In a survey of 1,100 U.S. adults by JDA Software Inc., which specializes in supply chain applications, only 9 percent of respondents said they shopped Whole Foods during Prime Day.

Of those who did, 75 percent noted that they already shop at Whole Foods regularly and benefited from the Prime Day discounts. Still, the other 25 percent said they specifically shopped at Whole Foods during Prime Day to take advantage of the discounts.

“Prime Day is clearly still an online event, despite Amazon’s attempt to integrate Whole Foods into this year’s promotions,” said JoAnn Martin, vice president of retail industry strategy for North America at JDA. “Since those who already are regular Whole Food shoppers were the ones who benefited from the discounts, it wasn’t driving additional footfall to brick-and-mortar locations.”