HomeNewsAd-fail(not): It came from the weight room ...
Recent
Latest
3 reasons natural retailers are inflation-friendly shopping destinations
May 25, 2022
Sponsored Content
Organic agriculture and its impact on ingredients and the planet – webinar
Sponsored Content
The goodness wrapped in a certified organic seal – video
Podcast: What brands need to get on shelf at Fresh Thyme Market
May 24, 2022
Trending
Getting ready for 2023: Trends for brands to consider
May 17, 2022
6 tips to promote consumer understanding of Certified Organic
May 18, 2022
The Planting Hope Company aims to prove gender equity leads to success
May 23, 2022
Natural beauty market trends
Jun 16, 2021
IdeaXchange
brought to you by 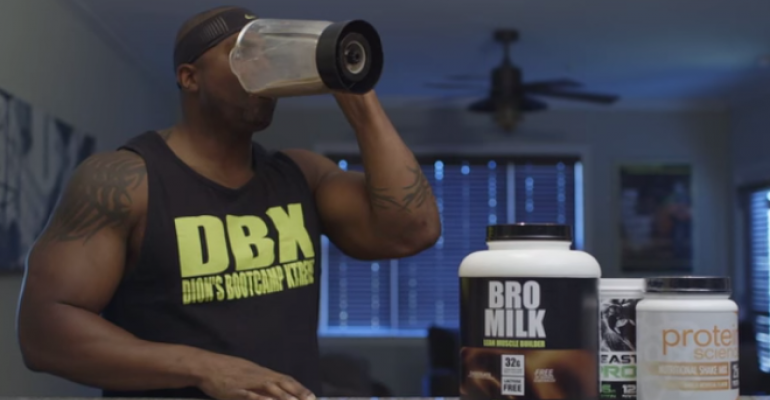 Each week, New Hope editor&nbsp;Rick Polito examines a food/nutrition commercial for accuracy and idiocy. This week it&#39;s accuracy and hilarity, as Organic Valley&rsquo;s &ldquo;Save the Bros&rdquo; video shows that the organic food industry has finally found a sense of humor.

Believe it or not, there was a time before “abs.” We didn’t have to blast fat, or chisel our triceps or sculpt our pecs. We didn’t even know what pecs were. Now, in the age of the abs, when we reflexively inhale and suck in our guts every time we walk by the magazine rack, one might think that all this sculpting and burning and blasting would raise these rock-hard physiques to be the very paragon of modern culture.

Instead they became ridiculous, a rising sentiment illustrated perfectly, and hilariously, by Organic Valley’s “Save the Bros” YouTube spot.

Saluting the muscled-up men who “consume two thirds of our nation’s light beer and 100 percent of our Axe body spray,” the spot goes on to explain that we are at risk of losing these “bros” to protein shakes full of“scary chemicals.”

“If bros keep pounding this stuff at this rate we could face a total bro colony collapse,” the narrator warns.

We should be so lucky.

I was raised in a family where sports were something that happened to other people. I was taught that jocks were stupid, and it wasn’t until I was an adult, when I stepped out of the bubble of my non-athletic household, that I realized “Wow, that’s completely true.” If I see a guy with six pack abs, I can only shrug, possibly smirk, and wonder if he spends more time in the gym or more time in front of the mirror. Then I remember that the weight room has mirrors and I call it a wash.

Now, I live in Boulder, where they put your body fat percentage on your drivers’ license, and the juice bar has a bouncer keeping the less fit outside the velvet rope. But lean replaced muscular back in the 70s here. In Boulder, the woman teaching the spin class has a silver medal, but only because she’s filling in for the guy with the gold medal. Being athletic is a lifestyle, not a look.

Here, the 80-mile bike rides on the weekend are my social life. I consider myself very fit but I don’t want to “build muscle” or “bulk up” or “destroy” my abs (really, they use that word). I certainly don’t want to be a “bro,” or even wear a tank top in public, something that apparently now requires at least one tattoo. I know I am not alone in this.

When the concerned faces in the Organic Valley spot picture a world without bros—“Who would remind us to go big or to go home?”—I know the whole world, at least the parts outside the weight room, is in on the joke. When I hear the narrator saying, “Bros don’t need to know that its organic,” and “Just tell a bro it has a ton of protein, and he’ll pound the &@!% out of it,” I also know that the organic food industry has finally found a sense of humor. That’s a relief. I don’t want to meet some of these bros in a dark alley, but I don’t want to meet Andrew Weil over organic carrot juice smoothies either. The Organic Valley video, a pitch for their Organic Fuel protein shakes, is a sign the industry knows how to lighten up.

So with bros consigned to the laugh track, I can only hope we have entered the post-abs area.

And I can finally exhale.