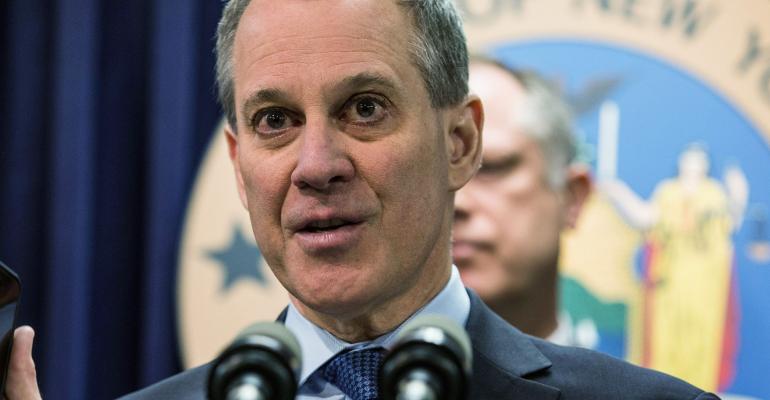 Today’s announcement that the New York attorney general expanded the herbal supplements investigation to include a “coalition” of additional attorneys general came as troubling, but not surprising, news to the supplement industry trade groups Tuesday.

The New York A.G.’s press release, dated March 10, announced that New York would be joined by attorneys general from Connecticut and Indiana, as well as the secretary of the Puerto Rico Department of Consumer Affairs. NY A.G. Eric Schneiderman was quoted in the release saying, “Clearly, the questions we raised about the herbal supplements sold in New York resonate outside of our borders.”  In private conversations at Expo West, industry insiders predicted the investigation would be broadened in such a way.

Meanwhile, GNC announced today that it was releasing its test results on the products named in the NY investigation. The company claimed that “four rigorous tests” by third-party labs on each product showed “the GNC Herbal Plus® products meet all requirements for safety, quality, purity and proper labeling on these products.”

Of immediate concern, the New York A.G. announcement provides one more bullet point that keeps the investigation in the headlines. Since the original “cease and desist” letters to Walgreens, Walmart, GNC and Target were released Feb.3, the NY A.G. has also announced letters to Pharmavite, NBTY, Nature’s way and Nutraceutical Corp. demanding extensive documentation on ingredient sourcing and testing.

Natural Products Association Director Dan Fabricant said the regular timing of the announcements is one more sign that the investigation is “purely political.”

“We’ve said all along this is political. This is not scientific,” said Fabricant, who theorized that Schneiderman is making a play for headlines to fuel aspiration for higher office. Such aspirations point to a clear strategy for the industry, he said. “This is political. Let’s work politically. Flood the grassroots,” Fabricant said, pointing to an NPA’s web feature that allows consumers to email and tweet to Schneiderman. The NPA is putting up similar pages for the Indiana, Connecticut and Puerto Rico officials. “Let these guys know ‘If you want to play this game, there will be costs.’”

That message has to come from consumers and not the industry, Fabricant said. Outside the trade press, the industry may be best to keep its voice muted. “You can’t play the victim here,” Fabricant said. He did, however, note that California and Illinois, states with robust consumer protection programs, were missing from the “coalition.” “The fact that they didn’t sign on may indicate that the case isn’t as strong as they (New York prosecutors) may think it is.”

The industry, including Fabricant’s association, responded to the initial news of the investigation by questioning the tests—something Council for Responsible Nutrition President Steve Mister repeate in a statement issued within hours of the A.G.’s press release. “It’s ironic that he continues to call for transparency, when his office refuses to release its test results and methodology, which scientists familiar with botanicals and DNA testing say is inaccurate,” Mister said in the statement.

Mister took it further, calling the investigation a “misuse of tax payer’s money.” “Botanical supplements are already properly regulated by the Food and Drug Administration.”

Alkemist Labs CEO Elan Sudberg said the A.G. announcement is a sign of a new era that calls for new practices and questioning the A.G. is the wrong response. Calling the New York investigation “the tip of the iceberg,” Sudberg said complete disclosure of every ingredient in every product needs to be standard operating procedure. Responsible companies are already testing and all of those tests should be made easily accessible to anybody, Sudberg said. “I think we should all be prepared to show our cards because they are looking,” Sudberg said. “Don’t wait for the subpoena.”