HomePeople and Company ProfilesBringing natural & organic to the Bahamas
Recent
Latest
Sponsored Content
How brands can get their trade spend under control – article
Sponsored Content
Going organic lifts everyone up – video
6 natural brands partner with UNSTUCK on new product line to aid refugees
Jun 23, 2022
Sponsored Content
The power of organic messaging – download
Trending
Getting ready for 2023: Trends for brands to consider
May 17, 2022
Unboxed: 7 clean collagen powders with a twist
Jun 21, 2022
12 brands marketing positivity, kindness and joy
Jun 17, 2022
Coca-Cola axes Honest Tea, but its founders are just getting started
Jun 07, 2022
Natural Foods Merchandiser
brought to you by

Bringing natural & organic to the Bahamas 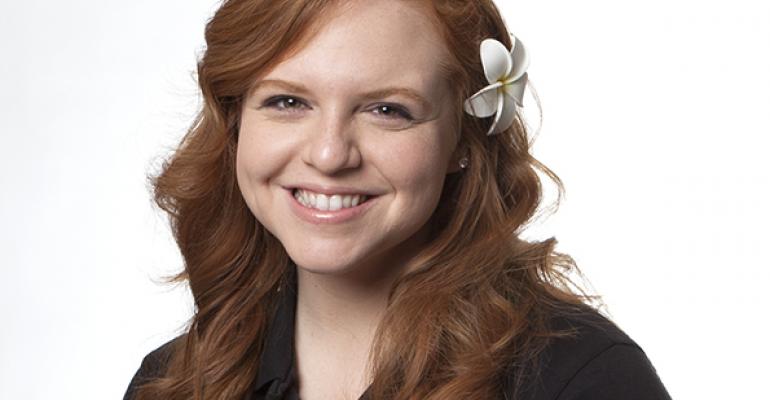 Like many native Bahamians, Angela Lightbourn grew up without much access to fresh, natural or organic foods. She got on a healthier track while at college in Minnesota, and when she returned home, she felt frustrated by the island's lack of nutritious foods.

Then Lightbourn heard about Solomons Fresh Market, the Bahamas first natural products store, slated to open in November 2011. She signed on as marketing coordinator and began devoting herself tirelessly to bringing better food to the Bahamas and teaching her fellow islanders about healthy living. The store was such a success that it opened a second location in December 2012. We spoke with Lightbourn about Fresh Markets role in improving health and well-being in her homeland.

Natural Foods Merchandiser: What is the standard Bahamian diet like?

Angela Lightbourn: Its very focused on down-home, fried foods, as well as processed and packaged foods. Before us, no one really connected food with health.

NFM: Is there much food produced locally?

AL: In a nutshell, no. There are lots of farmers who produce on a very small scale. Theyll bring us one box of papayas and then have no more until next season. Theres no consistency, which has a lot to do with our soil. Its very difficult to grow anything because were on limestone rock, so farmers have to import soil from the U.S. and other countries. Also, the government leases land for farming but doesnt provide training or resources. Its not a profession the average person wants because they wont get enough return to survive.

NFM: How is Fresh Market working to improve the nations diet?

AL: When we opened our first store, it was like a spaceship dropped onto the island. No one had heard of this type of store or the natural and organic products we carry. No other stores of our size catered to specialty diets like gluten free and vegan. We have a full-service deli, a bakery, fresh produce and the best meat and seafood you can get on this side of Caribbean. The perimeter of our store is very strong, whereas most stores in this part of the world have green meat. We are pioneers in this country. Our standards are very high, and we strive to keep them high every single day.

NFM: Was the store met with skepticism at first?

AL: Many other retailers on the island told us wed never last six months because no one understands our products or our mission. One year later, we were doing so well we opened a second location. Since then, many of those same retailers have tried to bring in some of the products we carry, but theyve been unsuccessful because they dont know how to market them.

NFM: How did you get involved in the first place?

AL: When I came home after college, I had degrees in English and communications but I worked for a water-softener company. I was called to do an install at the first Fresh Market when it was being built, and as soon as I walked in, I was blown away by what the store was trying to accomplish. I told the manager, Richard Vara, who was pretty much the brainchild, to please sign me up. I started the next week.

NFM: What got you so passionate about healthy food?

AL: I grew up mostly in a single-parent home. My mom worked multiple jobs, so we ate Wendys and microwaved food. She was just exhausted, and it was more about how much she could feed us so we wouldnt be hungry. But by college, I was extremely overweight and unhealthy. In Minnesota I got educated about what I put in my body, lost more than 100 pounds and completely changed my life. Thats why Im so passionate about this brand. [Parent company] AML wanted to move me over to the Carls Jr. business, but I said, sorry, I dont get excited about cheeseburgers. I want to help others understand the importance of healthy food in the same way I was helped.

NFM: How does Fresh Market supply natural, organic and fresh foods while being so far offshore?

AL: Its a real challenge to bring in fresh produce and meat daily like we do. Other stores have trouble with this because food must travel so many miles, so most of their offerings are prepackaged with long shelf lives. But Richard had years of experience in this business through Whole Foods Market and Wild Oats. And because of his connections with vendors and distributors in the U.S., he forges bonds to bring in massive orders. We continue to attend a lot of expos and tabletop shows to negotiate. We buy in mass quantities but at a very deep discount. Thats what keeps us in business. Were showing customers that eating healthy doesnt have to break their wallets.

NFM: Despite your diligent planning and ordering, do you sometimes struggle to keep items in stock?

AL: Absolutely. You know the nature of organicif theres a shortage of milk, the U.S. will take care of the U.S. first. In these cases, we put up signs to explain the shortage. Also, everything arrives by boat, so bad weather can delay or prevent shipments. And during the busy seasons, the docks get overcrowded and it can take too long to clear containers. A product may still have been fine to send to a store around the corner, but by the time it gets to us, its expired. We try to predict when to have extra products on hand. If something has a long shelf life, we may stock up for back-to-school, Christmas or hurricane season.

NFM: Do your customers understand organic?

AL: Some got it before we opened and were so happy we moved in. But overall, organic has been very tough to describe. People thought organic means dirty, imperfect and unsafe. They knew about chemical pesticides and herbicides but in the context of how else would farmers get rid of bugs? They didnt get that those chemicals actually go into the food theyre eating. And most had never heard of GMOs or they thought they were a good thing because they let farmers grow more crops to feed more people.

NFM: How is Fresh Market changing these perceptions?

AL: Its an uphill battle, but were getting people to understand. Now were at a point where customers want non-GMO items. Weve also made them aware of growth hormones and antibiotics, and theyre asking for nitrate- and nitrite-free options. These are very big steps in a short amount of time.

NFM: Has Fresh Market influenced how customers shop outside your store?

AL: Before us, the quality standards of many grocers on the island were very low. But because ours are so high, consumers have demanded higher standards in other stores. Now when people come to the Bahamas, they notice that more stores look cleaner and renovated. As someone who grew up with poor food conditions, I feel like weve done our country a service. Were even helping people who dont shop with us because theyre now shopping in better conditions overall.