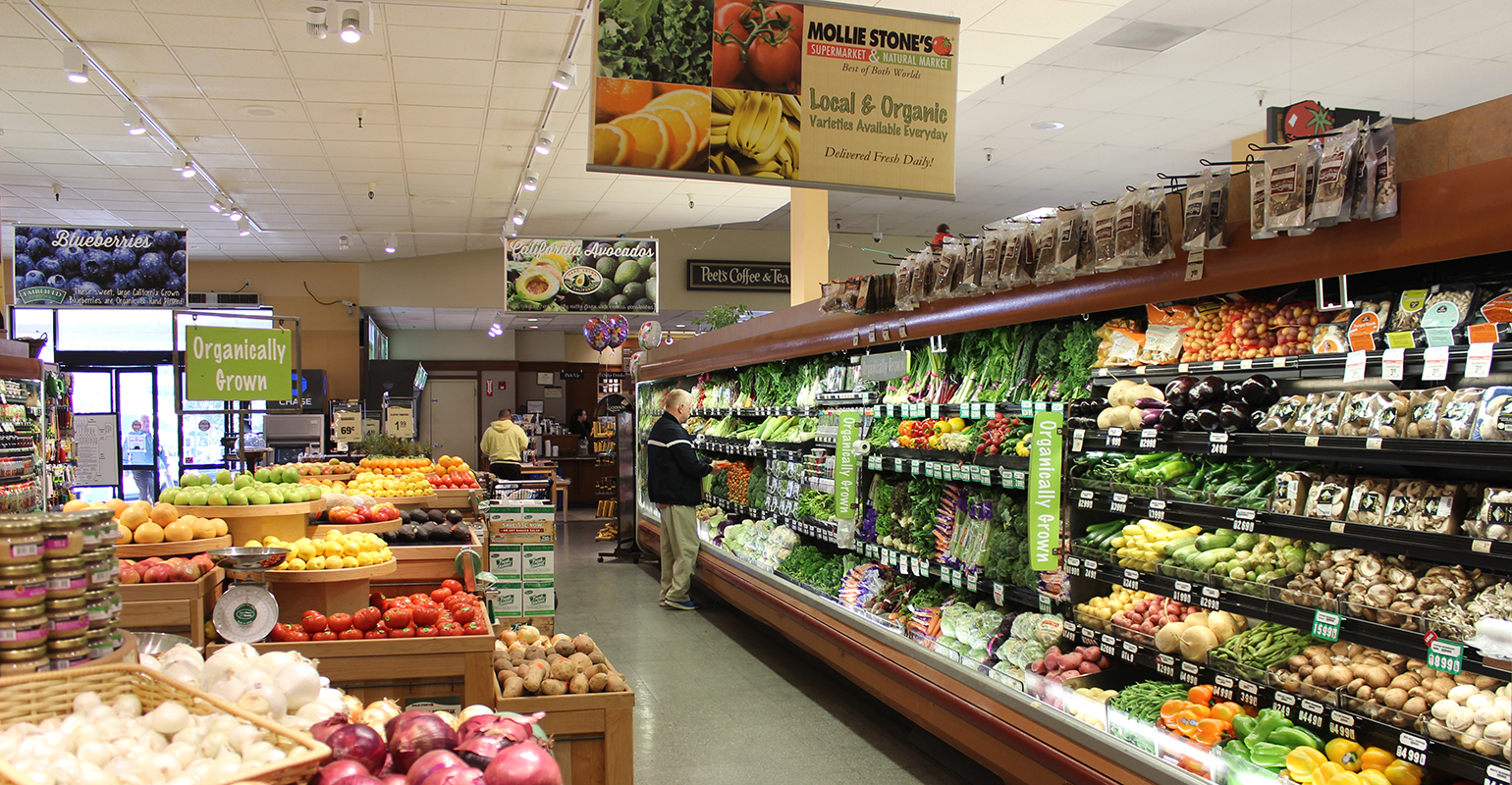 Memories, mission and celebrating a milestone.

This year, California-based Mollie Stone's Markets celebrates its 30th anniversary. The nine-store chain will host promotions and tastings throughout the year, culminating in an October birthday bash. Here, CEO Mike Stone discusses what's changed—and what's stayed the same—since the store opened its doors in 1986 in the Bay Area, as well as what his hopes are for the next 30 years.

What did the store look like when it opened its doors in 1986? What did you offer and what were the initial goals of the business?

Mike Stone: The store was the largest natural food store in Northern California at the time. And we had pretty strong convictions as far as what we carried. We did not carry any refined sugar or white flour, for example. We were a bit ahead of our time. We dealt with a lot of people with celiac disease, as well, which really didn't come to the forefront until maybe the last five years or so. We carried a lot of gluten-free offerings and, as a result, we attracted a lot of customers from a wide 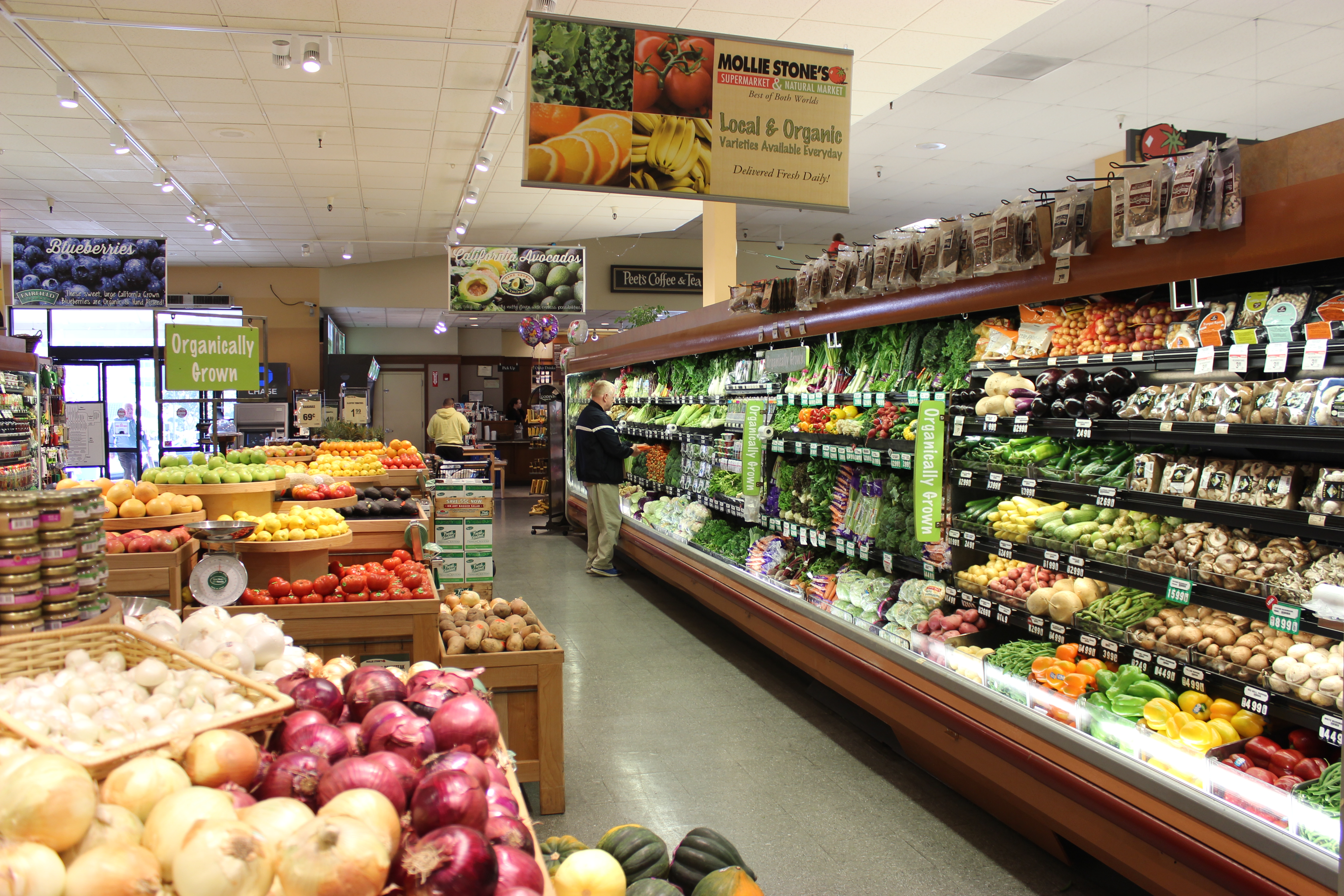 area to come to the store. We primarily focused on organic produce. We had 100 percent natural beef at the time. We put in a juice bar and were one of the first to offer fresh sushi in the store. And we had a nutritionist in the store, which, in 1986, was different even for a natural food store.

I had been in the grocery business since 1968, and the goal was to make a difference in people's lives. We didn't have a goal of opening up across the country or going public or doing any of that. We were just a family business.

Have you met that goal?

MS: In many ways, we have. In 1988, when we opened our second store, we made it a hybrid store. Our slogan was that it offered "the best of both worlds," because it integrated natural and conventional foods, and gave people choices. We did this because the store was located in an area where people were used to all conventional foods, and putting an all natural food store there may have been a shock that could alienate the local shoppers. By integrating conventional with natural and organic, we've been able to bring them to the natural foods market and, we think, make a positive impact.

What has changed since Mollie Stone's opened?

MS: Quite a bit! The competition has drastically changed. Everybody from a health food store to the other side of the spectrum at big boxes are trying to carry organic products. So it's diluted the marketplace. And, while we were certainly way ahead of that trend, I would now say that the competition, variety, and availability of products—from organic to non-GMO—are out there for the consumer wherever they shop.

This has impacted the supply side, too, since even the more conventional companies are beginning to 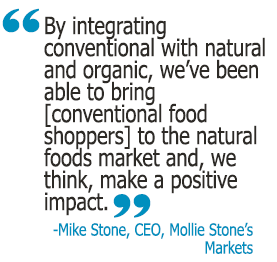 manufacture products that are organic, natural or GMO-free. This creates more of a demand in this area for farmers, too, so we see changes across the supply chain.

What about in the store?

MS: On the store side, the product mix has changed, the customers are a lot more educated than they were 30 years ago, and there's so much information out there that the demand is also higher than it was. You have to provide your customers with what they want, depending on the area you are in, and depending on the demographics around the store. So each store is a little bit different depending on the demographic. In produce, our offering is consistent, but as far as dry grocery, it's different from store to store.

On the other side of the coin, what has stayed the same?

MS: People still love to eat. And though the organic and natural companies have addressed the concern that these foods won't taste great, there is still a price concern that lingers. Though demand is stronger, and more people are willing to pay more money, it is still a challenge.

How are you celebrating the 30th anniversary?

MS: In October, we will be donating $1,000 to a different nonprofit each day, for a total of $30,000 in charitable donations. We are working on choosing those beneficiaries now. We are also going to have events each month in each of the stores, including giveaways, food fairs, customer appreciation days and price promotions, with the biggest celebrations happening at the end of the year. Recently, this past May, as part of our anniversary celebration, we donated 50,000 meals to the needy by working with a local food drive.

What is your hope for the next 30 years?

MS: We want to grow the company and sustain what we do by keeping our values in tact. We have nine 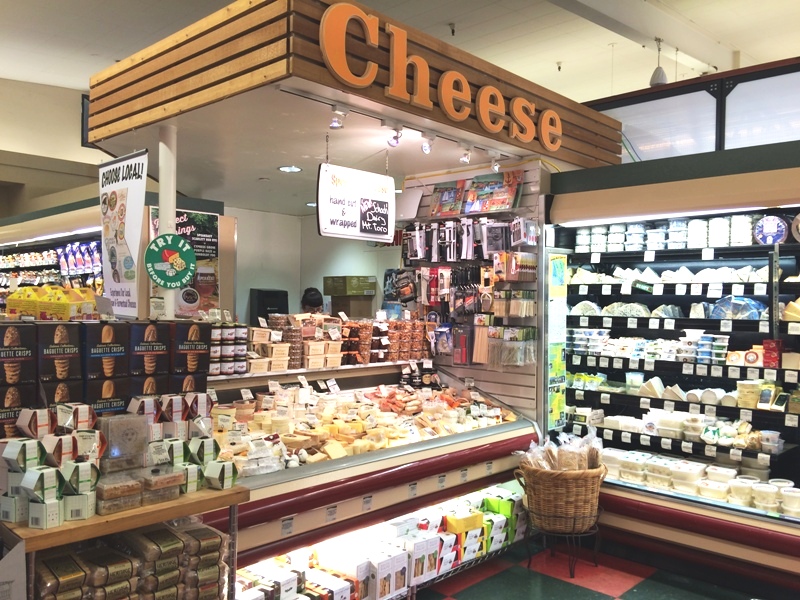 stores, and we've grown in good communities, and we're probably going to continue growing by being selective on where we go. Our growth will come naturally if we keep executing well and meeting the demands of the customer as things change—and things are changing so much more rapidly now than ever before, not only with technology but also with food safety and product labeling. So that's where my hopes are: that we maintain our commitment to our customers and continue to grow well into the future.

How one natural foods store aced the hybrid model
Jun 02, 2015