A cellular cinnamon shield against cancer? 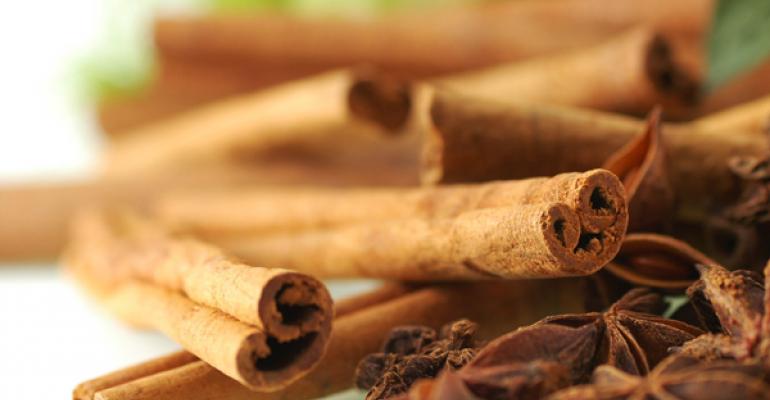 It completes a hot toddy and takes your oatmeal to the next level, but can cinnamon kick cancer? New research suggests it might, at least in mice. Previous research has suggested the spice can reduce blood pressure and blood sugar.

Research conducted at the University of Arizona College of Pharmacy and the University of Arizona Cancer Center suggests that adding a cinnamaldehyde, the compound that gives cinnamon its distinctive flavor and smell, to the diet of mice protected them against colorectal cancer. Because of the cinnamaldehyde, the rodents’ cells were able to protect themselves against exposure to a carcinogen through detoxification and repair.

“This is a significant finding,” UA Cancer Center researcher Dr. Donna Zhang, said in a release. “Because colorectal cancer is aggressive and associated with poor prognoses, there is an urgent need to develop more effective strategies against this disease.”

“Given cinnamon’s important status as the third-most-consumed spice in the world,” UA Cancer Center researcher Dr. George Wondrak said, “there’s relatively little research on its potential health benefits. If we can ascertain the positive effects of cinnamon, we would like to leverage this opportunity to potentially improve the health of people around the globe.”

He said the next steps are to see if the spice alone can protect against cancer, and see if results can be replicated in people.

“Can cinnamon do it, now that we know pure cinnamaldehyde can?” he said. “And can we use cinnamaldehyde or cinnamon as a weapon to go after other major diseases, such as inflammatory dysregulation and diabetes? These are big questions to which we might be able to provide encouraging answers using a very common spice.”

Cancer Prevention Research will publish the research, which was noted on sciencedaily.com.