Nutracon 2012: How lutein and zeaxanthin team up for eye health 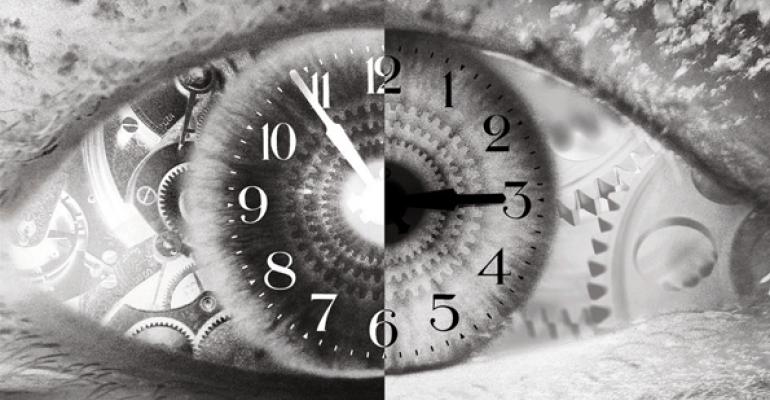 Health care practitioners are finally on the same wavelength as researchers on the health benefits of lutein and zeaxanthin.

Justin Green, PhD, has studied the macromolecular structure and function of nucleic acid binding proteins through crystallography and other biophysical techniques. He supports Kemin products with technical presentations to customers and participates in product launches and trials for product efficacy validation.

Functional Ingredients: What is the outlook for lutein and zeaxanthin?

Justin Green: Carotenoids are definitely a growing sector. Lutein has been growing quite continuously over the last 10 years. Health care practitioners are finally seeing the light as far as carotenoids are concerned. I started at Kemin five years ago and when I went to optometry and ophthalmology trade shows at best they’d walk on by or they’d confront us about wasting their patients’ money. Now it’s completely the other way around. They come up to us and ask us for information. They know we’ve been looking at the science as long as there has been science on this and they look to us for answers.

I think when we talk about carotenoids we mostly talk about preventive medicine. Once you’ve got cancer you are not going to be promoting carotenoids for that. It’s very complicated when it comes to prevention. It’s like with a pharmaceutical when you are treating a disease that’s already there where you can look at symptoms and how they progress. When you talk about prevention you are talking about the whole machine. There are a lot of different things that go into play.

Fi: What is the role of antioxidants in general in supporting health?

JG: I really think as far as antioxidants’ mechanism of action goes there is still a lot to be learned. To me, it’s doubtful that the nutrients that are good antioxidants are actually the direct instigators of protection from oxidative insults. They’re probably helping your body keep up its own antioxidant health. Your body has its own antioxidant enzymes and those nutrients are enabling the body to keep those enzymes charged. That’s just one theory. I think there is a lot more to be known about absorption, about where the various molecules go.

Fi: Why are lutein and zeaxanthin so important for eye health?

JG: A huge reason why lutein and zeaxanthin are the only two major antioxidants located where age-related macular degeneration (AMD) occurs is because they are interacting with the membranes in a certain way. One of the questions is why isn’t there lycopene or beta-carotene there, as they are just as good at filtering the dangerous blue light. They are almost the same molecule. The difference is lutein and zeaxanthin have a hydroxyl group. They are specialized kinds of carotenoids called xanthophylls. Those hydroxyl groups enable lutein and zeaxanthin to interact with cellular membranes in a different way than a purely lipophilic molecule like beta-carotene can.

If you look in the test tube, there are things like ECGC, which is one of the more powerful nutrients as far as ORAC value goes, as far as its antioxidant power is concerned. But if it’s not getting to the right place where the oxidative damage is happening it doesn’t matter how powerful it is. So ECGC is important, but more where it’s going in the body, like in the serum. Lutein and zeaxanthin have a good structure to help with the damage that’s happening in the macula. Researchers have discovered two separate proteins in the macula that bind to lutein and zeaxanthin. So that shows that there has been some evolutionary pressure to get a mechanism in place to concentrate lutein and zeaxanthin in this one location.

Fi: Do you need both lutein and zeaxanthin in the macula, or can you get by with just one?

JG: When you look at the center of the macula itself you see higher ratios of zeaxanthin and then on the periphery you see more of the lutein. It’s unclear why that is, but one theory is that there are more cones in the center, cells that help with your fine contrast sensitivity, whereas the rods [on the periphery] are more for being able to see with low light. Now, why lutein would be better for the rods and zeaxanthin for the cones is unclear. But it’s clear that both are necessary.

Fi: Is it possible to be deficient in lutein even if you eat a healthy diet?

JG: There’s no such thing as being deficient in the same way you can be deficient in vitamin C, for example. You’re not going to die or even go blind. But you put yourself at much higher risk for diseases later in life. There are certainly levels of lutein that show much lower instance of AMD than others. The first landmark study came out of Harvard—the Joanna Seddon study. She looked at quintiles of lutein consumption. The first obvious thing is that people in the highest quintile for lutein consumption had a much lower incidence of AMD. And the four lowest quintiles—or 80 percent of the population—were all clustered around 1-3 mg per day of lutein consumption, whereas that upper 20 percent was up over 6 mg/day. So there was a big gap. This study was all done on food frequency questionnaires, and it was done before lutein was available for supplementation.

Fi: Does lutein in the eye lens help guard against cataracts?

JG: It’s not as dramatic as in the macula, but there is significant risk reduction for cataracts for people with higher levels of lutein in the diet. In that case the lutein is not as concentrated in the lens as in the macula. It’s probably a pure antioxidant mechanism of action there, but the absorption of blue light might be important.

Fi: How exactly do lutein and zeaxanthin guard against AMD?

JG: There is something called the blue light hazard. The cornea and the lens are very good at filtering UV light and making sure that UV light does not get to the retina. But there is a threshold right at the blue light wavelength in which free radicals can be produced from oxygen. That’s exactly the wavelength of light that lutein and zeaxanthin absorb. That theory has been going around for a long time. It’s very difficult to prove.

Green will be presenting "Ocular Nutrients Lutein & Zeaxanthin: Looking Beyond Disease Risk to Visual and Cognitive Performance" from 11:30 a.m.-12:30 p.m. on Thursday, March 8, as part of Nutracon 2012 in Anaheim, Calif. For more information, or to register for Nutracon, please visit www.nutraconference.com.