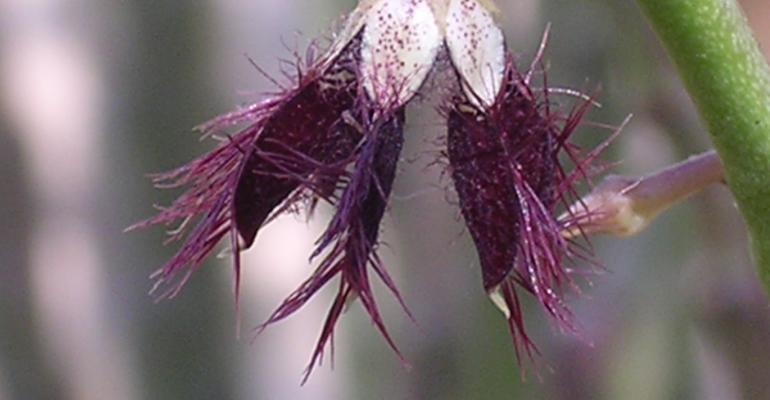 Study participants took either a placebo or 500 mg of Caralluma fimbriata extract twice daily.&nbsp;At the end of 12 weeks, those who received the Caralluma fimbriata supplement lost an average of 2.6 inches from their waists, compared to only 1 inch from the placebo group.

Caralluma fimbriata extract may aid in slimming the waist, according to research published in the journal Complementary Therapies in Medicine.

Caralluma fimbriata is an edible succulent that grows wild in India, Africa and Europe. The species has long been eaten in the Mediterranean countries, and was cultivated in Britain as far back as 1830. In India, it is widely consumed as a food, appetite suppressant and treatment for diabetes.

Gencor Pacific has been selling an ingredient of Caralluma fimbriata since 2005. Its branded name is Slimaluma, and it is used in dietary supplements. By utilizing a patented process that extracts the active compounds of the whole herb without disrupting the biochemical framework, Gencor ensures the full benefits of the herb are delivered in concentrated form. Slimaluma is the key ingredient in several brands, including Slimaluma Plus, GenaSlim and Slenderluma.

Gencor has conducted two human clinical trials and six safety studies on Slimaluma. In 2006, Slimaluma was affirmed GRAS. It is certified Kosher, Halal and organic, and meets DSHEA requirements under section 413(a)(1).

The appetite-suppressing properties of Caralluma fimbriata relate to its active components, the pregnane glycosides. The mechanism of appetite suppression is not yet fully elucidated; while there is evidence that the pregnane glycosides act on energy sensors including neuropeptide-Y in the hypothalamus, Caralluma fimbriata may also down-regulate ghrelin synthesis in the stomach.

According to Dr. Paul Clayton, the growing research on Caralluma give the herb a rightful place on the top of options for consumers seeking help with weight loss.

"Until a few years ago, I would have favored Hoodia," he said. "Hoodia is a traditional and effective appetite suppressant, but the plant has been exploited to near extinction. Caralluma contains the same actives and is widely available."

Unsurprisingly for a food plant, Caralluma has an excellent safety record; there are no reports or evidence of adverse events.

"As for proof of efficacy, recent studies with Slimaluma, a standardized extract of Caralluma, have consistently shown appetite suppressant effects in clinical and animal trials," Dr. Clayton said. "But not only did Slimaluma suppress the appetite, it also inhibited the formation of new fat cells, a remarkable new anti-obesity mechanism. In animal models, it also protected against the development of coronary artery disease and fatty liver."

The effectiveness of Slimaluma, together with its excellent safety profile, makes it suitable not only for long-term weight control, but also as a prophylactic for those who do not wish to gain weight. “This is being explored in Australia, where ongoing research at a major university has shown that Slimaluma is effective in treating the notoriously difficult Prader-Willi over-eating syndrome,” Dr. Clayton said.

The latest study is entitled: “A pilot study investigating the effect of Caralluma fimbriata extract on the risk factors of metabolic syndrome in overweight and obese subjects: a randomised controlled clinical trial."