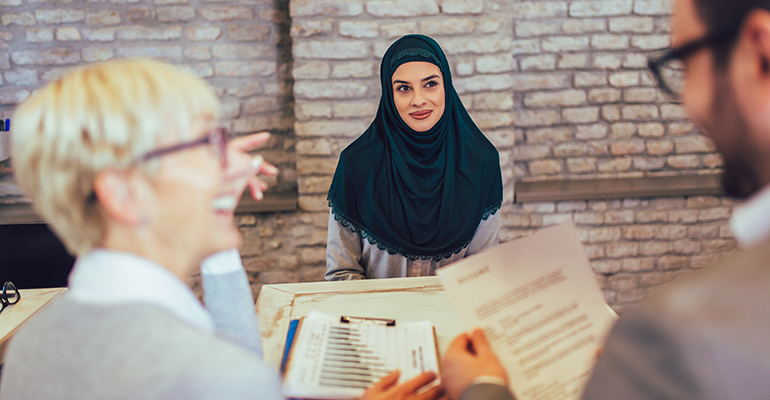 Creating opportunities for diversity, equity and inclusion as you screen candidates takes an intentional, concentrated effort, but it's worth it.

The natural products industry prides itself on being a force for good, but many companies are now recognizing they haven’t made diversity, equity and inclusion (DEI) enough of a focus, says Peggy Shell, the founder and CEO of Creative Alignments, a time-based recruiting firm headquartered in Boulder, Colorado.

Robbins helped Shell audit her company and create a strategic plan to track metrics and progress to become a more DEI-focused company. 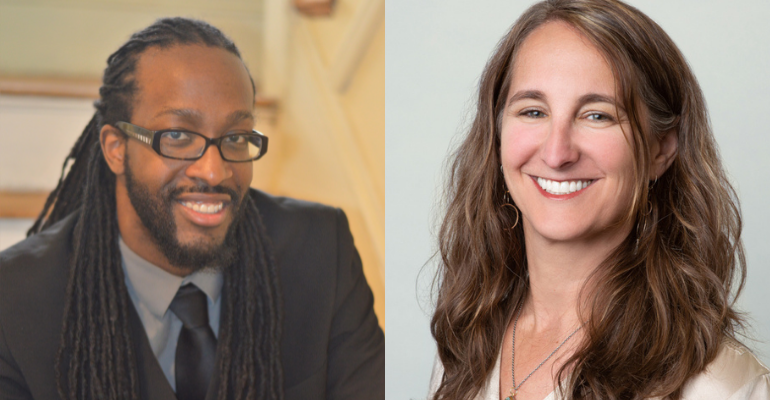 Below are their 11 top suggestions to help you create a more inclusive hiring process, too.

1. Do an internal assessment.

Before trying to hire externally, review internal policies and procedures. Start by having conversations during training and development workshops to create awareness, and use that knowledge to think through different “what if” scenarios.

Do an organizational assessment of where a company is and where it needs to go. Ideally, this is done by someone outside of the company who can take a critical look and “unearth what is in your closet,” Robbins says.

“It’s a chance to hold the mirror and ask 'what are we doing wrong' and 'how can we correct it,'” Robbins says.

Instead of applying new practices right away, companies should pause and intentionally decide what commitments to focus on, Robbins says. Allocate funds specifically towards diversity and inclusion and then map out a strategic plan that fits within the budget. Create a strategic plan that spans the next 3-5 years.

“Most importantly, there needs to be buy-in from the very top,” Robbins says. “Because access to power and leadership are typically white and male. You might be getting a white male perspective on what leadership looks like and how to move things across the table.”

Be mindful of the company’s mission, vision and value statements, Robbins says. Review the employee handbook’s wording, including its statements on diversity and ADA accessibility.

Companies that don’t have strong DEI statements or lack an employee handbook also stand to lose a sense of accountability between the employees and organization.

That’s important to ensure employees feel comfortable voicing problems without worrying about retaliation, and it only happens when companies treat diversity and inclusion as something that’s integral rather than something that’s additional, Robbins says.

3. Think trainable instead of hirable.

“Be cognizant of the difference between hirable and trainable,” Robbins says. “A lot of times we go into these situations with the mindset that either you can do the job or you can't. We don't allow ourselves to see between the lines.”

That creates problems because humans gravitate towards like-minded people. Instead of hiring with a diverse, inclusive and more equitable mindset, many people hire people that are similar to themselves because it’s more comfortable, Robbins says.

Even if someone does not possess every skill set, employers should ask if a potential hire is trainable, Robbins says, because that opens the door to a larger, more diverse group of people.

“A lot of times we try to recruit people just to say we have them,” Robbins says.

Companies should never recruit without retention in mind. Without an inclusive atmosphere, hiring becomes a revolving door.

Instead, take the time to do the internal work first, Robbins says.

5. Be intentional about hiring diverse individuals.

To make more diverse hires consider hiring outside of the natural products industry, Shell says, “If you're not intentional around hiring diverse individuals, it's not going to happen.”

Instead of blind sourcing, Shell uses tools like SeekOut and Hiretual, which both rely on artificial intelligence to diversify the talent pipeline. She also looks at different associations, fraternities, schools and certifications, including Historically Black Colleges and Universities (HBCUs) and Hispanic Chamber of Commerce to source from groups that have a higher probability of diverse individuals, she says.

Look at LinkedIn groups, meetup groups or try googling terms like “women in finance” or “women in AgTech” to find articles, press releases and podcasts to find company names to source from.

Use decoders such as Textio, Datapeople, TalVista and Gender Decoder, says Shell, to analyze subtle bias in job description to make sure it’s written in a way that is inclusive.

Then, after running keywords for a job description through a decoder, use Unbiasify, a Chrome extension which hides names, profile photos and gender on social media websites.

Many employers make the mistake of only using Unbiasify and don’t get a diverse pool of candidates because they didn’t use a decoder first, Shell says.

Getting time to come in for multiple in-person interviews can be difficult for people who can’t take a lot of time off work, Shell says. Consider alternative methods or find ways to condense the interview process.

Have a question about diversity and inclusion as part of the application, Robbins says. Couple it with other aspects of the business—for instance, the company’s social justice mission—to gain insights into an applicant’s viewpoints.

This will empower more people from diverse backgrounds to apply at a greater clip, Robbins says. And it can remove applicants who aren’t of an inclusive mindset.

Then have a search committee that will weigh an applicant’s commitment to diversity as much as other critical components.

"Make sure your interview team is diverse," Shell says.

Does there need to be a college degree requirement? Maybe, but maybe not. Not having it can open doors to get people to apply who might not have had an opportunity to go to college but have the skillset.

“Be more open-minded about some of the requirements, make them preferred versus required,” Shell says.

9. Be mindful of interview questions.

Restructure how interview questions are asked.

For example, some employers will say, “This job requires, strength, resiliency and integrity,” Robbins says. “Which of these three are your strongest suit and why?”

Robbins suggests rephrasing that question by saying, “This job requires a level of commitment, and we’ll ask you to be punctual, on time and engaging throughout the work. Please list three to five of your strengths that you think would best suit you for the requirements of this position.”

That gives the power back to the interviewee, instead of stating they have to meet one of the three attributes, Robbins says.

10. When possible, be open to remote work.

Do all employees need to be in the office, on location? Being more flexible helps widen the potential job candidate pool.

It’s weighing priorities, Shell says. Even if a company says diversity is a priority, if they don’t allow remote work, they are constricting their job candidates to a particular geography that might not be diverse.

“Some leaders believe that cohesiveness and engagement and focus all has to be done in person,” Shell says. “There are a lot of people who are now realizing it’s actually working pretty well not to.”

Shell says she’s altered her thinking and now has 34 employees, 11 who are working outside of Colorado, including a new hire from Idaho.

That’s required a shift, Shell says, especially because her company was built on a culture of face-to-face interaction.

She’s now using tools including Slack Huddles for spontaneous discussions and Teamflow, a virtual office where avatars can different desks and conference rooms to easily chat with other employees using video or audio.

Focusing on diversity, equity and inclusion is important for any company, particularly the natural products industry.

Increasing diversity in business is easier than you think
Feb 24, 2021