Does location matter for running a natural products brand? 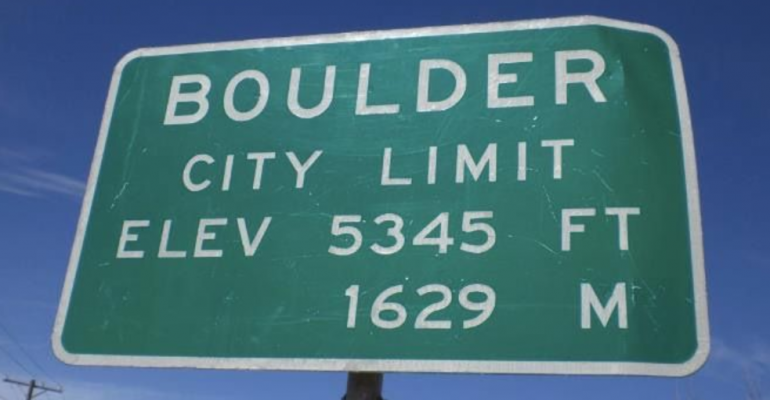 Many believe the internet and video conferencing mean any company can be located anywhere, and yet natural products brands huddle around locations like Boulder, Austin and New York City.

In 1992, the internet was something scientists used to trade lab results. Cell phones were barely downsized from bricks. Fax machines were still a thing.

And Dan Lohman was working from home.

Closing out his third decade from the home office as a category management consultant, he’s still wondering why natural product companies are huddled in enclaves like Boulder, Austin and Brooklyn, keeping offices in high-rent locales, and paying high wages to keep staff in high-cost-of-living regions.

It doesn’t make sense, he says. Brands are limiting the number and kinds of people they can hire and not getting as much out of them as they could.

“I started working today at 5 a.m. and if I worked in an office, I might not be able to get into the building until 8 or 9,” he says.

The work-from-anywhere career that Lohman figured out in the early '90s is far easier today. Video conferencing happens over a phone, as easy on the beach as in a boardroom. A product developer can share screens with a sourcing manager from the opposite end of the country. And all of this in an industry where co-packing has separated management from the means of production by whole time zones.

And yet, Boulder, Austin, Brooklyn and a few other cities remain a constellation of “Silicon Valleys” of natural products.

The question for entrepreneurs is how necessary it is to move to a natural products mecca and how expensive it is. In other words: What’s the ROI on a Boulder or Brooklyn?

Anywhere but not everywhere

Eric Schnell of Beyond Brands chafes at the geographical restrictions the natural product industry has put on itself. Life in the bubbles is pleasant for people who enjoy the like-minded camaraderie, and can afford it, but how many brands can afford to keep themselves isolated from where their customers live and shop, he asks. “I could care less about the Boulder Mafia. I care where the consumers are,” Schnell says.

If you like “community,” he says, go to a trade show. “That’s what Expo East and Expo West are for,” he says. “To get together with the tribe.”

Schnell’s sentiment and Lohman’s workplace preference are far from universally accepted doctrine, however. Even people who say any brand can start anywhere, and practically has to given the high rents in those bubbles, also explain that brands can’t grow in isolation. They need the network of service providers—agencies, lawyers, marketing creatives, etc.—and more than that, they need the talent that’s not easy to find in Omaha or Albuquerque.

“It definitely does make an impact,” says Bob Burke, principal at Natural Products Consulting, speaking of cities he places among a “usual suspects” list for natural products. He also points to a talent element that exists outside the payroll but in the same community. CEOs, product developers and marketers interact with their counterparts from other companies, Burke explains. They trade ideas. It’s a form of “cross pollination,” he says. “I think it absolutely provides a peer support system. It helps people get up the learning curve faster."

Sylvia Tause, founder and branding consultant at the Fresh Ideas Group, is a big believer in the culture concept and cross pollination. She also believes in a kind of competition that drives companies out of complacency. “There’s a kind of healthy natural tension,” she says. Tause comes at that from a unique vantage point. She closed the Boulder office because her staff was working remotely often enough that paying rent didn’t make sense, but she still sees it as vital to do business within the face-to-face culture of Boulder, even if she commutes to that culture from her organic farm outside the city limits. Not every brand needs that, she says, but the fact that the natural product community in Boulder keeps growing—as recently evidence by Yasso Yogurt’s announced relocation—proves that many do.

Mary Mulry of Foodwise is another who commutes to Boulder for business and the community. From Mulry’s perspective, as the industry gets bigger it becomes even more important to find a connection to places where that growth is happening. If there’s more going on, there’s more to miss, Mulry says. “If somebody said ‘Gee, I’d like to live in the Ozarks and run my company,’ they’re more like an island.” She doesn’t need to worry about such isolation. “Even if I don’t see people, I know I’m two degrees of separation from anybody I want to connect with.”

Schnell keeps an office and an apartment in New York City, but he lives in rural Pennsylvania. He can get done most of what he needs to do from the country house. Still, he says, it’s different for brands.

One of BeyondBrands’ programs is BeyondSKU, an accelerator program run out of New York City. They could only accept brands from the area. “They have to be in class with us every week,” Schnell explains. Accelerators and access to experienced natural products veterans on the level of the BeyondSKU instructors is rare outside of the major metro areas that are known for breeding brands for the space, Schnell notes.

There are not a lot of accelerators in Oklahoma.

Still, he says, Austin or Brooklyn or any of the other meccas are not going to make sense for a lot of brands or even most brands. Those brands should be thinking more about consumers than culture and camaraderie. A beverage brand might look for a market that’s not already been saturated with kombucha before trying to operate their kombucha company from a place where convenience stores have kombucha taps. “All products and all brands are different.” Schnell says. “They all have a little different nuance on where they should be based.”

Susan Fecko, a PR professional at her Black Dog Studio, likes to talk about the work-from-anywhere concept and points out that one of her clients, Palm Done Right, stretches from Ecuador to Rotterdam. But then she reveals that Palm Done Right is headquartered in Boulder, as is Black Dog Studio. Still, she says, location should be secondary to a company’s intention. “It’s really about your mission and your culture,” she says, explaining that the logistics fall in to place no matter where you are. “If you are all aligned with the same mission and the same values, that’s how you can grow.”

There’s no reason a company can’t be both tied tightly to one of the natural product hubs and operating from a scatter of laptops in various home offices and coffee shops, Fecko explains, and, indeed, almost any brand has to be both. Sales people are on the road and production people might be in a co-packing facility. So much work is outsourced that remote interaction is part and parcel of doing business. “It almost forces you, in some ways, to work more collaboratively,” she says.

Fecko wonders what the future holds for places like Boulder as millennials move into more decision-making roles. A generation accustomed to texting from one side of the room to another may not put the same value on face-to-face that earlier generations did. “I think you need community,” she says while explaining that the definition of community continues to evolve. Nobody talked about “online communities” a generation ago. The “satellite” office could easily be a WeWork location, or several WeWork locations in several cities.

As Tause has proven by closing her Boulder office and working with her team as a digital entourage but remaining closely tied to the Boulder Scene, some combination of approaches can work. She is not opposed to video conference calls, but she appreciated a recent party invite from a family of brands headquartered in Boulder. “Does that happen in Nebraska?” she asks.

The fundamentals of place

As anybody who’s spent more than two or three Expos in the natural products industry knows, execution outpunches location. Whipstitch Capital Managing Director Mike Burgmaier says early round investors aren’t looking at the zip code. They’re looking at the product concept and if the company is living up to that concept. “I don’t think we’re going to believe in something more because of where they’re located,” Burgmaier says. “I think the fundamentals are still going to matter more than absolutely anything.”

That’s early in the brand cycle though, Burgmaier points out.

At some point in the company’s evolution, the gravity of a Brooklyn or an Austin or some major metropolitan area is going to tug the brand into its orbit. Small companies work well with small teams, but when the sales numbers climb, the size of the team must follow. Filling out that team roster is easier if there are more players around. “I do think location matters for being around an ecosystem of talent,” Burgmaier says.

Lohman has stopped believing in that go-where-the-talent-is strategy. Even moving to a metro area as major as New York City doesn’t mean a brand is going to find the right talent. Indeed, he says, casting the net wider and turning it into a digital net that allows the best employees to work from a location best suited to them makes more sense, he says. Line workers need to be where the facility is, but for most natural brands that’s in a co-packing facility nowhere near the office. Accounting and HR staff are available in almost any city. Meetings with advertising and marketing teams can happen from anywhere. The particular talent a company is looking for might prefer keeping their family in Atlanta rather than uprooting their lives to live in Austin.

“You can find people with the right skill sets if you are not in a position where everybody else thinks, ‘I can only hire people in Boulder.’”