HomeBusiness ResourcesStaffing and OperationsHannaford eyes 100% renewable energy use by 2024
Recent
Latest
4 tips to get ahead of chemical concerns in packaging
May 20, 2022
7 CBD favorites in the increasingly popular gummies format
May 20, 2022
Mission MightyMe helps parents introduce allergens to babies
May 20, 2022
UNFI's Eric Dorne to step down as chief operating officer
May 20, 2022
Trending
Whole Foods' honors 30 companies with 10th annual Supplier Awards
May 18, 2022
Getting ready for 2023: Trends for brands to consider
May 17, 2022
Sponsored Content
The rise of sustainable business – eGuide
Sponsored Content
Natural beauty market trends
Jun 16, 2021 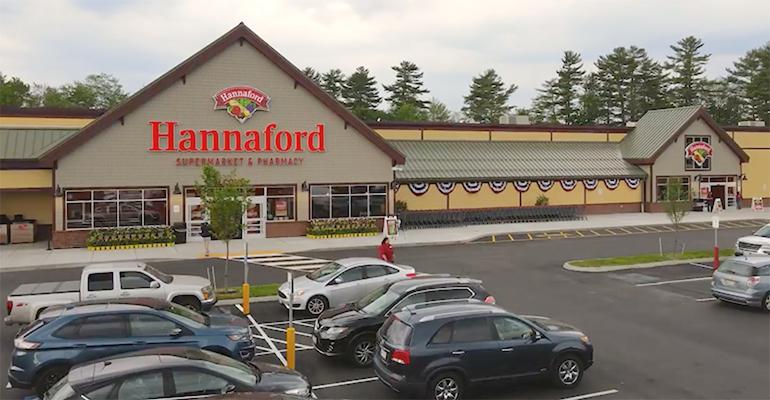 Scarborough, Maine-based Hannaford said yesterday that, to cut energy consumption and improve the way it currently use energy, the chain has implemented energy-efficiency projects such as LED lights, night shades, doors on cases and modern refrigeration systems, as well as rooftop solar panels on 10 of its stores.

“Doing what’s right for our business includes doing what’s right for our associates, community and our planet. Powering Hannaford with 100% renewable energy sources will make an immediate, positive impact on greenhouse gas emissions,” Hannaford Supermarkets President Mike Vail said in a statement. “This is an important leap forward in our sustainability journey, and one that we hope sparks others to join. Prioritizing the health of our communities and the planet is a win for us all.”

Hannaford noted that, since the start of the decade, the chain has worked to lower its energy consumption (click to see video) and converted 86.4 megawatts of its remaining electricity usage to solar, or enough electricity to power 16,000 typical homes for a year. The grocer added that it plans to couple its energy-savvy upgrades and conversions with integrating community and large-scale solar projects in Maine and New York to drive stores to the 100% renewable energy goal by 2024.

“Hannaford has always been serious about sustainability, and over time, it’s become an integral business function. But there is a sense of urgency as we witness the planet in the midst of a climate crisis,” according to George Parmenter, sustainability manager at Hannaford. “Hannaford wants to lead where we can make the most impact, and renewable energy is just another step in our journey.” 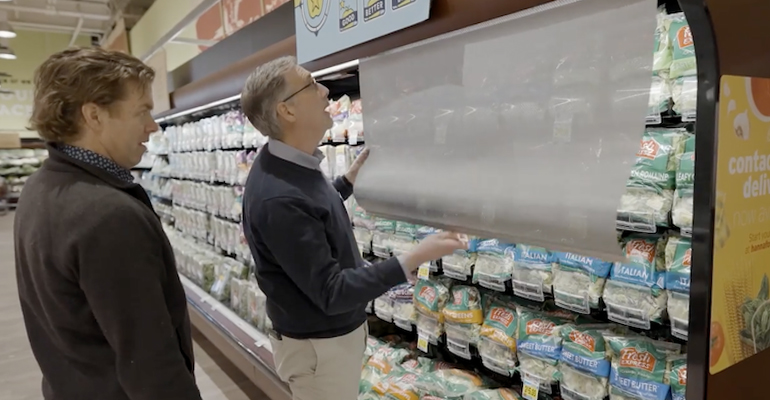 As part an Ahold Delhaize USA brand, Hannaford already has committed to be a net-zero carbon business by 2040, and the chain said its shift to 100% renewable energy marks one step toward that end. Other sustainability efforts, the retailer said, include the following:

“Hannaford is light years ahead of the rest of the industry when it comes to their sustainability efforts, and they’ve been doing so for well over a decade,” stated Peter Cooke, co-founder of the Ratio Institute, an independent, nonprofit focusing on sustainability and viability in food retail. Hannaford said Cooke has worked with more than 1,000 grocery stores and 15 grocery chains as part of his Grocery Stewardship work. “Hannaford associates continue to rally behind making the company more sustainable,” he added, “and that is an advantage to their current and future success in making the planet healthier and greener.”

The Almond Project: Brands, farmers work together for sustainability
Apr 21, 2022