How Lily's Sweets is focusing on diversity, equity and inclusion 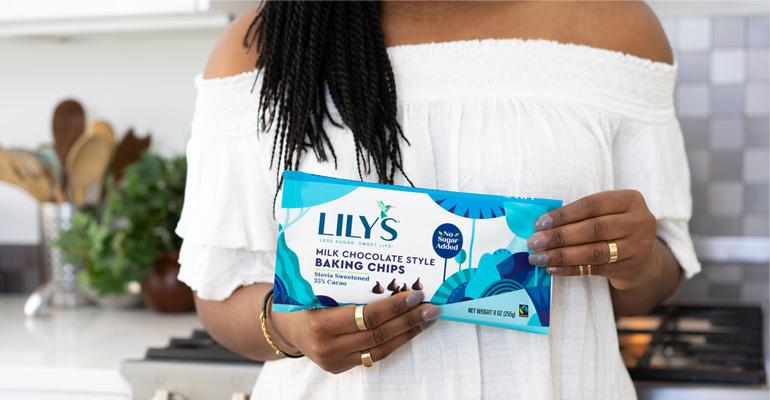 Here's how the company takes a personalized approach to be as inclusive as possible.

“Make it as personalized as possible,” says Miller, who recently transitioned from being the CEO of Lily’s Sweets into an advisor after the company known for its low-sugar chocolate products was acquired by The Hershey Company in May.

From offering matching donations for DEI-focused initiatives to offering smaller group meetings with CEO or senior members of the leadership team, Miller says it’s important for companies to take a tailored and targeted approach instead of using a “one-size-fits-all” philosophy.

“That's how you really start to make change,” says Miller, who is the co-founder and CEO of Haevn. “This isn’t something on the wall in your office, but something that everybody is representing every day.”

Here’s Miller’s suggestions on what other natural product companies can consider to improve their DEI practices.

What has Lily’s Sweets done to become more diverse, equitable and inclusive?

Jane Miller: After George Floyd's murder, we felt that we needed to educate ourselves a lot more. We are based in Boulder, Colorado, and although we have diversity in gender, religious beliefs and sexual orientation in the company, there’s less when it comes to people of color.

There was this big "aha" moment for us. We started asking: What do we need to do differently to understand the needs of all different diverse groups? And how can we better incorporate our strategies around that?

What did Lily’s Sweets change?

JM: We instituted something called Lily’s University, a platform to start bringing in guest speakers and other people that are really well-trained in helping us understand how we can be better leaders and be more inclusive and promote diversity.

We hired a group called Let's Grow Leaders to talk about embracing change, because there was so much that was happening last summer, with COVID-19 and George Floyd’s murder.

Our first effort was talking about [what we were doing within our] leadership. It was listening and understanding how to be more inclusive as an organization.

What did you do next? 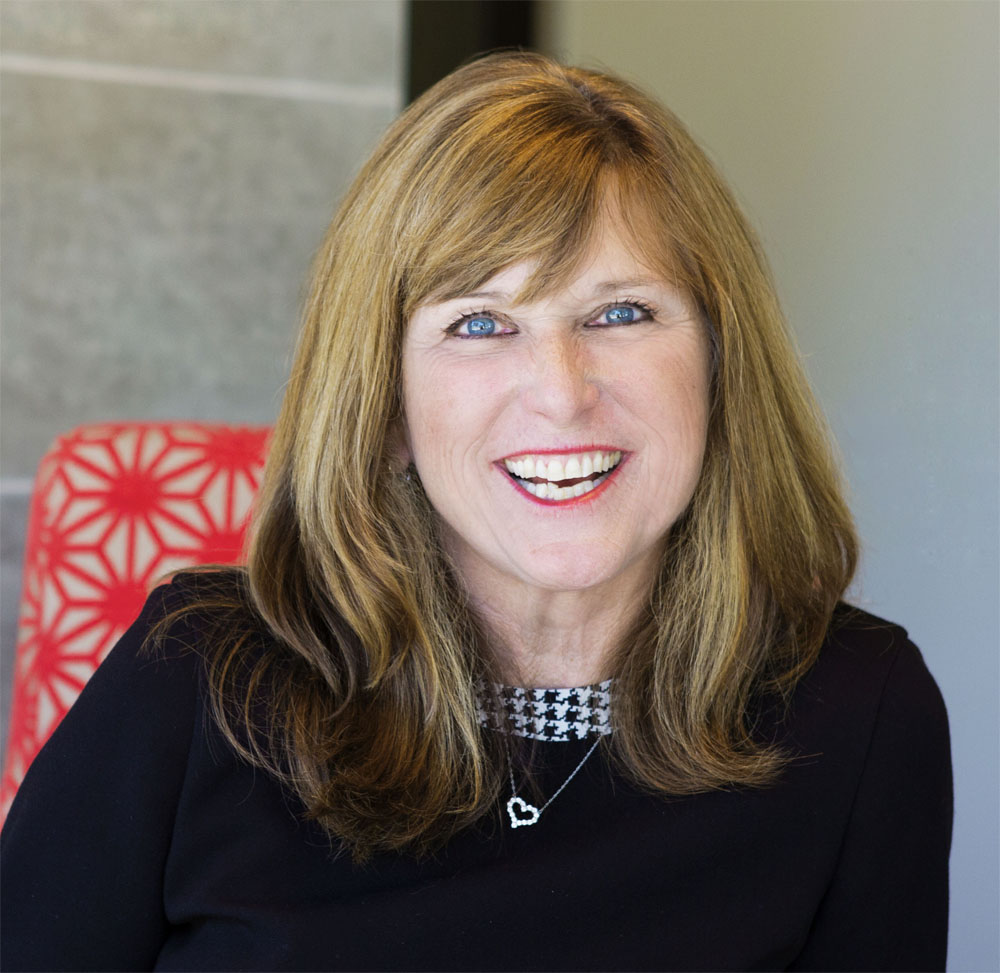 JM: We hired the YWCA in Boulder. It had an amazing program on how to be an anti-racist. We brought them in and did a whole series of learning and listening to help educate our team.

It was a series of both lectures and breakout groups, because all of this was done on Zoom. It was absolutely amazing.

What were some of the trainings about?

JM: There is a large amount of guilt to some degree where people are feeling, "Why are we not doing enough? What more could we do? What don't we understand?"

The YWCA training on how to be an anti-racist was very much about cultural sensitivity. We watched several different movies that were on Netflix and read a lot of articles on the history of racism.

We facilitated breakouts where people could share their concerns and biases in a very transparent and open way. It was pretty raw, learning what people were dealing with maybe from their families that might be very prejudiced. Or from their upbringing where they've maybe had a bad experience or something.

The key thing was there was no judgment; this is about a journey. And they really wanted each person to sort of say, "Where are you on this journey?" within four quadrants, from becoming basically aware to becoming deeply involved. Each person in the organization had an opportunity to talk about their fears and where they were as a person. We had four sessions to go deeper each session. 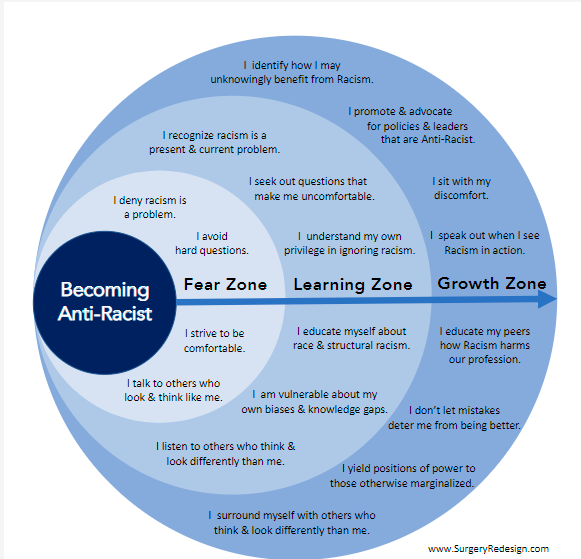 How were the breakout groups structured?

JM: We had three facilitators, two people from the YWCA, and then I was a facilitator. So they were probably 15 to 18 in each group.

What else did you do as a company?

JM: This was such a personal journey for people. We instituted a program where we would do matching funds for employees to be able to contribute to something that was diversity related, whether it was something Black Lives Matter or something else that they might be involved with, if they would give $250 bucks, we'd match it and give $250 bucks. The idea being that it wasn't one size fit all. If they wanted to volunteer, they would get time off from work.

We wanted people to be able to be able to contribute in ways that were important to them. We had about 50% participation. As a company, we donated $10,000 to the University of Colorado in Boulder, which started a diversity fund.

What have you done with Lily’s Sweets supply chain to promote DEI?

JM: Our product quality guidelines were already very stringent—fair trade chocolate, non-GMO certification, Kosher certification, gluten-free certification. So anyone we partnered with already needed to have those kinds of quality metrics as a starting point.

We’d sit down with senior management and talk about their approach to their workforce and their hiring practices. Going from an $18 million company to $100 million, we didn’t have the clout to dictate anybody’s working practices but we could ask them the questions.

Lily’s Sweets is one of the first companies that joined the J.E.D.I Collaborative to focus on justice, equity, diversity and inclusion. Why?

JM: Yes, we were one of the early adopters. Cynthia Tice, the founder of Lily’s Sweets, really helped with the formation and was really tied in. The J.E.D.I Collaborative did a great job helping us articulate what our goals were and our mission.

Now, part of our onboarding is to take them through what we are doing as part of the J.E.D.I Collaborative and became more of a training tool.

What does that look like now that Lily’s Sweets was acquired by The Hershey Company?

JM: Hersheys has very strong stated goals between now and 2025. One is pay equity, across the board. [By 2025, The Hershey Company has publically stated it plans to achieve global, nonadjusted pay equity for salaried employees at $1 for $1.] This is a really important initiative for all their salaried employees.

They also have very specific goals about increasing the representation of women and people of color in the organization. [By 2025, Hershey’s has said 14-22% of its “people leaders” will be occupied by people of color and 40-42% by women.]

This interview has been edited for length and clarity.

Why culture trumps strategy when growing a business
May 11, 2021

Diversity and inclusion in the natural products industry
Feb 04, 2021