HomeBusiness ResourcesStaffing and OperationsMake what seems impossible possible
Recent
Latest
Innovation at Milkadamia is a weekly exercise
May 27, 2022
Sponsored Content
Are there potential carcinogens swimming in your biobased laundry detergent? – article
Rowdy Mermaid disrupts functional beverages with science-based innovation
May 26, 2022
Monitor: Environmental claims confuse consumers—even natural shoppers
May 26, 2022
Trending
Getting ready for 2023: Trends for brands to consider
May 17, 2022
Sponsored Content
Exploring the CBD gummy revolution – article
Sponsored Content
Natural beauty market trends
Jun 16, 2021
Sponsored Content
Podcast: What brands need to get on shelf at Fresh Thyme Market
May 24, 2022
IdeaXchange
brought to you by 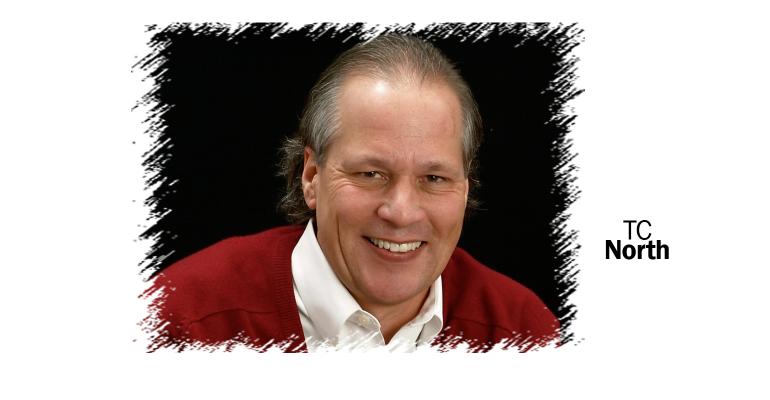 Two case studies: Overcoming malnutrition for millions of children and the two-week turnaround of a slumping professional sports team.

How do you make what seems impossible possible? You can either create a mindful moment, become a positive deviant, or both. Here are two examples. The first from the world of nutrition that saved millions of children’s lives and the second a two-week turnaround of a slumping professional sports team.

Jerry and Monique Sternin were on staff with Save the Children. The Vietnamese government asked them to help fight malnutrition among children throughout Vietnam’s villages with negligible resources, but they were only given six months to make a significant difference. If they failed, they were done. What would you do in this situation?

The task was seemingly impossible. Conventionally, the Sternins had to address sanitation, ignorance, food distribution, poverty, disease and a lack of access to good water. But they were mindful and thought beyond convention. When they arrived in Vietnam, they adopted a beginner’s attitude. They assumed they didn’t have the answer and needed to listen, not talk.

They eventually turned to the theory of amplifying positive deviance. A positive deviant is an individual or group that is uncommonly successful compared with its peers when facing the same challenge with the same resources. The Sternins and others identified the positive deviants in four villages: the families whose children were not malnourished. To understand what was positive deviant behavior, they had to determine the typical behavior of feeding the children.

They learned that the Vietnamese considered certain foods low-class or common. Parents didn’t encourage their children to eat them, even though they were actually high in nutritional value.

They also discovered that most people were too busy working to feed their children and they just left food out, which the children might or might not eat. Some only fed their children once or twice a day.

The positive deviants, however, fed their children small amounts of food many times a day. These parents went to rice paddies and collected tiny shrimp and crabs to mix with their rice. They also included sweet potato greens with the rice, which, by convention, was considered a low-class food. The positive deviant parents provided a meal that had carbohydrates, protein and vitamins, whereas the typical parent just provided carbohydrates.

Next, the Sternins made sure the positive deviants’ practices were self-sustaining and would spread without their involvement by helping to habituate the new feeding behaviors.

In two years, malnutrition dropped by as much as 85 percent in the villages where the Sternins initially taught the behaviors. Further, the Harvard School of Public Health visited the four original villages and did an independent study. It found that children not even born when the Sternins left the villages were at the same nutritional levels as the ones who benefited from the program when the Sternins were there, indicating that the behaviors were indeed sustainable.

The Sternins took their positive deviance program to 14 Vietnamese villages after succeeding in the initial four communities. As the program grew, it uncovered new solutions in new localities. The answers were never quite the same; different solutions grew out of different soils. But the process remained the same: Discover original local answers to the problem, and then give everyone access to the information.

This groundbreaking work has served as a model for rehabilitating tens of thousands of children in 20 countries. It’s truly the work of two fearless leaders who know that sometimes the impossible is possible.

When you combine the unrelenting fire of passion with mindful moments, the impossible sometimes becomes possible.

The two-week turnaround of a slumping professional soccer team

The head coach of a professional soccer team in a horrible slump asked me for help: “We have two weeks to turn this team around to have a shot at the playoffs. What can you do?”

My initial thought was probably nothing; there wasn’t enough time. But the challenge was intriguing, so I said, “I don’t know if we can do anything, but we’ll spend some time with your players and staff to see what we might be able to do.”

We (my consulting partner and I) soon discovered that although there was camaraderie among the players, there was also a palpable, collective negativity below the surface. We asked the players what they thought was causing their slump, but they didn’t trust us and didn’t have much to say.

In a flash of creativity, born out of pure desperation, a possible solution emerged. What if we identified the three to five players that were the most respected and trusted by the other team members and worked with them as liaisons to the rest of the team? When asked whom they most trusted, almost every player gave us the same five names. We then asked these five leaders, “If we guarantee no repercussions and that no players would be identified to the coaches or management for bringing up issues, would you work with us in a full team meeting without the coaches present?” They agreed.

In an all players (no coaches) team meeting with the consultants, initially led by the five respected team leaders, the players identified several major concerns that had caused them to feel extremely resentful toward the coaches and why they were underperforming. Next, with all the athletes’ permission, we met with the coaches in a separate room and outlined the team’s issues. They were surprised by the issues, but absolutely willing to make changes.

The coaches joined the players and apologized for what they’d unintentionally done to create the situation. The coaches then made specific commitments to resolve the issues and followed through.

At the next practice, there was a noticeable difference in the positive energy and physical effort of the team. From that day on, the team had great practices and played better in games. The two-week turnaround was a success—they made the playoffs!

When you’re faced with a challenge that seems impossible, consider creating a mindful moment (or two, or an hour, or day) to seek out an extraordinarily creative solution that makes what seems to be impossible, possible.

TC North, PhD, is co-author of the best selling book, Fearless Leaders,  a high-performance executive coach and leadership speaker. Since 1986, he has coached, consulted and trained business leaders to be high performing leaders and to create high-performing organizations that have extraordinary profitability—and that people love to work for.

This 'recovering perfectionist' learned how to convert stress into creativity
Jun 13, 2017

Co-discovering the first level of consciousness in the industry: Initial findings from Anaheim
Apr 09, 2017