Urban farming: What to know before you begin 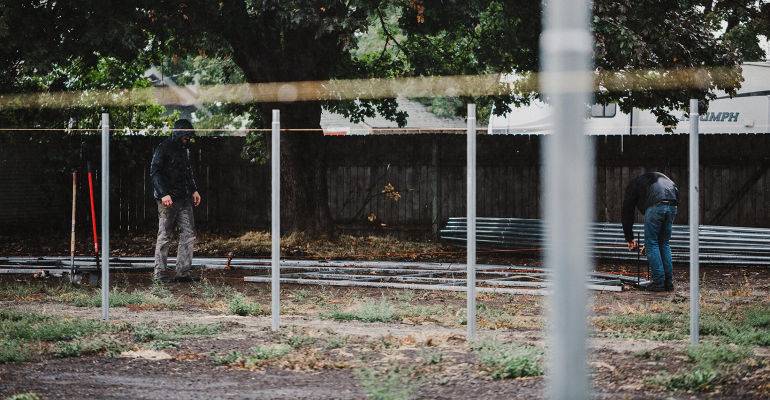 Pilgrim’s Market’s journey to urban growing is more than two years in the making. The store's owner, Joe Hamilton, shares lessons learned along the way.

This winter, Idaho-based Pilgrim’s Market will start growing produce in its 30-by-60-foot hoop house (also called a high tunnel), located on a plot of land adjacent to the store. It sounds simple enough, but just getting to this point has been two years in the making. Here, president Joe Hamilton shares three lessons learned as he embarks on his first urban growing initiative.

1. Expect to work with your city council. Because the plot of land Hamilton planned to build the hoop house on had a residential zoning, he needed to apply for a special use permit through the city council. Hamilton admits this part took a lot of diligent work and preparation. “For someone who has never presented to a city council or planning committee—which is, by the way, filmed and televised—it can be a little intimidating and daunting,” he says. “But it’s an experience that I feel good about, and I’m proud we jumped that hurdle.”

Hamilton developed a comprehensive PowerPoint presentation, outlining his plans. Though the planning commission approved his plan, they also gave him 13 requirements he’d have to meet.

2. Expect it to take some time. Though most of the city’s requirements were “mellow,” Hamilton says, one in particular took over six months to complete: getting his hoop house rubber stamped by an engineer. The hurdle was that the city demanded the structure be capable of handling wind and snow loads, without putting surrounding structures at risk. Since the high tunnel manufacturer typically sells to farmers in rural settings, this wasn’t a specification they were used to meeting, but one that’s critical in an urban setting.

3. Expect to engage your neighbors. By their very nature, urban farming and growing initiatives take place where the people are. So it’s very important to get the neighborhood on board. In Hamilton’s case, the city posted notices of the zoning change on the property and distributed them to neighbors. Though, he also points out that it’s a good idea for any retailer to do the same, to build excitement and goodwill. “We had not one voice of dissent,” he adds.