Ryan’s LinkedIn profile gives you a sense of what kind of guy he is: “Eric makes soap. Really nice smelling soap that's non-toxic and good for the planet. Soap that's really beautiful, too. He started Method in 2001 with his high school buddy Adam and has since built Method into a $150 million brand at retail.”

Eric has a lot going for him. He was named PETA’s Person of the Year; Vanity Fair recognized him as an eco-leader; Food & Wine named him a Tastemaker, and Time magazine described him as an eco-revolutionary.

Before launching Method, Ryan worked in London as a strategic planner in advertising followed by stints at Fallon, Hal Riney & Partners and TATTOO Brand Consulting. No mention of Eric would be complete without noting that his LinkedIn profile also says he has been named “one of People Magazine's Sexiest People Alive.” The profile adds: “Okay, that last one's not really true, but the others are.” That’s Ryan — someone who also took on Unilever, P&G and other Fortune 500 consumer strategics in the uber-competitive market of household cleaners. He has a passion for taking on entrenched incumbents and helping entrepreneurs thrive. 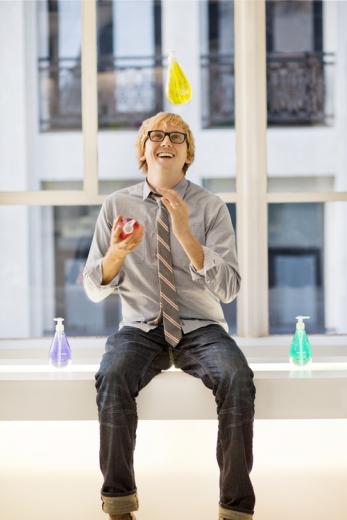