HomeProducts and TrendsVitamins and SupplementsCarlson Laboratories debuts Elite EPA Gems
Recent
Latest
3 reasons natural retailers are inflation-friendly shopping destinations
May 25, 2022
Sponsored Content
Organic agriculture and its impact on ingredients and the planet – webinar
Sponsored Content
The goodness wrapped in a certified organic seal – video
Podcast: What brands need to get on shelf at Fresh Thyme Market
May 24, 2022
Trending
Getting ready for 2023: Trends for brands to consider
May 17, 2022
6 tips to promote consumer understanding of Certified Organic
May 18, 2022
The Planting Hope Company aims to prove gender equity leads to success
May 23, 2022
Natural beauty market trends
Jun 16, 2021 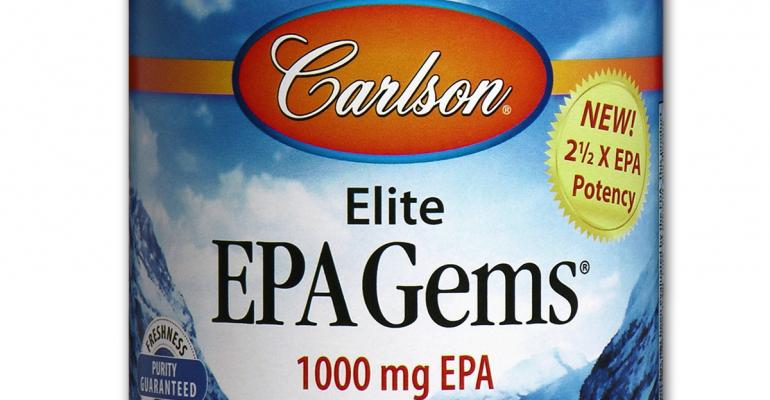 EPA and DHA are the two major beneficial omega-3 fatty acids found in marine oils. While DHA is most important during pregnancy and early child development, EPA is equally critical as we age and is an important part of a healthy adult diet. For this reason, Carlson Laboratories created Elite EPA Gems®, a highly concentrated fish oil boasting 1,000 mg of EPA per softgel. The high level of EPA in this product promotes healthy immune and cardiovascular systems, as well as healthy hearts, joints and moods with as little as one softgel daily.

The benefits of omega-3s from fish oil emerged in the 1970s. Researchers recognized the Inuits, who inhabited the Arctic regions of Greenland and ate a mostly fish diet, had ideal blood lipid levels and optimal cardiovascular health. Since this time, additional benefits of omega-3s have been discovered.  Unfortunately, today our diets often lack adequate omega-3s, so these benefits are typically not observed. For reference, the American Heart Association (AHA) recommends two fish meals per week and says 0.5 to 1.8 grams of omega-3 per day can be beneficial.

“We created Elite EPA Gems as an alternative for those who are unable to receive the recommended levels of EPA in their daily diets,” says Carlson Laboratories President Carilyn Anderson. “We’re very excited about its introduction into the market.”

Elite EPA Gems can be found at a nearby health food store.