CRN says FDA got it right on pure powdered caffeine 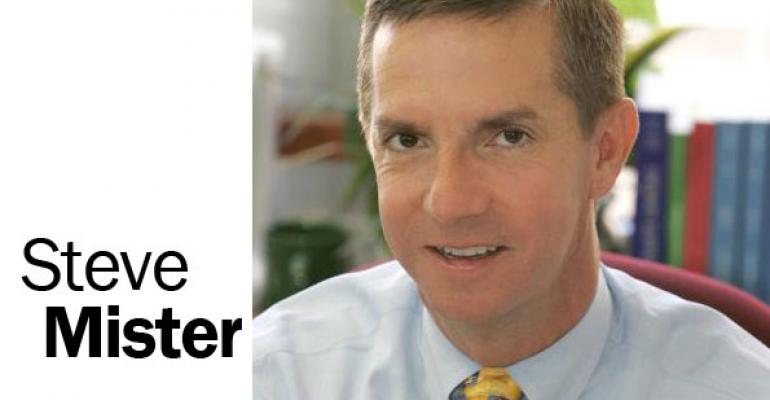 The agency correctly focused on the risk and not the technicalities, says Council for Responsible Nutrition President Steve Mister.

Last week, the FDA sent warning letters to five companies selling pure-powdered caffeine. Though it's a universally accepted, lawful ingredient, the agency expressed concern about expecting consumers to measure powder in milligrams. Council for Responsible Nutrition President Steve Mister supports the action and says there is no place in the nutrition industry for selling caffeine in bulk.

Nutrition Business Journal: Was CRN aware of the warning letters prior to last week’s FDA announcement?

Steve Mister: We were not aware that FDA was planning to issue warning letters, but we certainly appreciate that it did. CRN has been having ongoing conversations with the agency about our shared concerns for the potential dangers of pure powdered caffeine being sold in bulk form directly to consumers. This was the next step that FDA needed to take. We are pleased that some of the companies involved have already pledged to remove their products from the market.

NBJ: CRN supports the FDA actions. Is there something the agency should be doing differently? Did regulators go too far? Not far enough?

Mister: Certainly we would have liked FDA to issue the warning letters sooner, but we appreciate the deliberate manner that FDA feels it must take in these cases. We hope the warning letters and the consumer advisories will be enough to get these products off the market; but if not, CRN would also support FDA progressing to stronger enforcement actions. The agency is doing what it can to make consumers aware that using pure powdered caffeine is potentially dangerous because of the strong concentration and difficulty in precisely measuring out a safe amount.

Mister: CRN’s members have developed a number of recommended guidelines or best practices. When we develop guidelines, our members participate in the process, which makes it all the more likely that members will follow them, and we anticipate all CRN members are following our guidelines for caffeine. But we are not an enforcement agency and we certainly can’t compel compliance by non-members. When FDA first issued its consumer advisory earlier this year on pure powdered caffeine, CRN updated our recommended guidelines on caffeine-containing supplements, stating that “CRN members should not sell or market pure powdered caffeine in bulk form directly to consumers. This section [of the guidelines] is not intended to limit CRN members from marketing or selling pure powdered caffeine in bulk form to a business entity as part of a business transaction.” This was an easy decision for our members. Knowing our position, I don’t think a company still selling this product would apply for membership, but it’s a bridge we’ve not had to cross.

NBJ: Caffeine is the most widely used stimulant in the world, used safely by billions. Is there a risk in bringing in FDA enforcement? Is there any reality to slippery slope concerns?

Mister: We don’t believe so. This is a unique case where consumers could easily make a mistake that would put their health in jeopardy. Caffeine is among the most studied ingredients in the world, and this is not a case of anyone questioning caffeine’s safety when it’s properly dosed. But when it’s sold to consumers in bulk and in its pure form, it presents an unreasonable safety risk. Any ingredient that is so potentially dangerous in its pure form shouldn’t be sold in bulk directly to consumers, but that’s where the slippery slope ends. You know, marketers could put caffeine into single serve dosages and largely address FDA’s concerns. The question is why would manufacturers need to sell this product to consumers in such large quantities with dosage information that could too easily be misunderstood or disregarded?

NBJ: The FDA actions appeared to focus on risks in leaving customers in the position of measuring safe doses, but there are numerous products in sports nutrition that also contain caffeine in customer-measured formats. Is it simply a matter of potency?

Mister: It’s a combination of the potency and the concern that it’s too easy to get the serving size wrong. Let’s face it, most of us don’t have a milligram scale in our kitchen. There’s a big difference between the big plastic scoops used in most pre-workout mixes and directions to measure out 1/16th teaspoon. Even an extra pinch of pure caffeine can be too much. And that shouldn’t be acceptable to our industry. We shouldn’t be parsing regulatory language about the agency’s burden of proof, but assuring the safety of our consumers by working with FDA on this issue. We need to put consumers first.

NBJ: What’s the difference between powdered caffeine and products like No-Doz?

Mister: The difference is that with No-Doz, you’re getting the exact dose in one pre-measured serving. Sure, there is always the possibility that consumers could take too many pills and suffer a serious adverse event, but that’s a different issue than offering consumers a large bag full of concentrated 100 percent synthetic caffeine powder—some bags contain 125,000 servings—and pretending your customers are equipped to be able to determine the right amount.

NBJ: Would it be appropriate to place warning label on pure powdered caffeine? What about other caffeine products? Does Starbucks need to educate customers?

Mister: No one is talking about warnings on coffee. Pure powdered caffeine is different. If our industry wants to continue to grow, we need to accept justifiable regulation, and not fight it every step of the way. We shouldn’t be selling products that put consumers at risk. Caffeine is safe for consumers. Pure powdered caffeine sold in bulk is not.