HomeProducts and TrendsVitamins and SupplementsIs DMAA successor dendrobium legit?
Recent
Latest
4 tips to get ahead of chemical concerns in packaging
May 20, 2022
7 CBD favorites in the increasingly popular gummies format
May 20, 2022
Mission MightyMe helps parents introduce allergens to babies
May 20, 2022
UNFI's Eric Dorne to step down as chief operating officer
May 20, 2022
Trending
Whole Foods' honors 30 companies with 10th annual Supplier Awards
May 18, 2022
Getting ready for 2023: Trends for brands to consider
May 17, 2022
Sponsored Content
The rise of sustainable business – eGuide
Sponsored Content
Natural beauty market trends
Jun 16, 2021 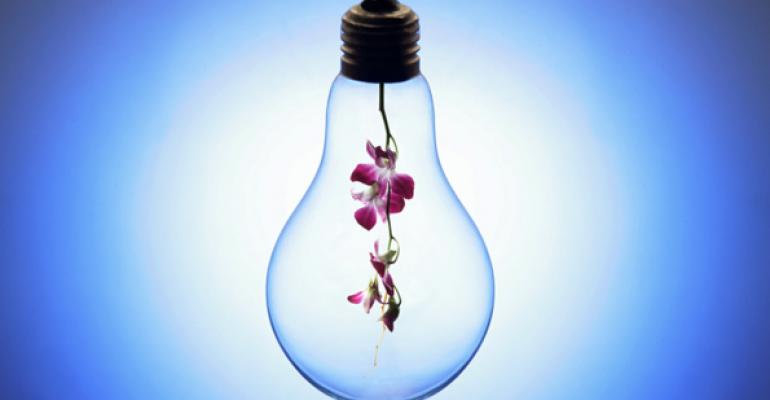 With FDA prompting a DMAA exodus from the market, one pre-workout product that features dendrobium extract is benefitting. But while dendrobium might have some advantages over DMAA, experts suspect that some extracts might be spiked.

As the stimulant ingredient DMAA, found in many pre-workout sports nutrition products, has been targeted by FDA, another botanical of Asian origin has moved in to take its place—dendrobium extract. A manufacturer of a popular workout product based on dendrobium asserts its all-natural composition; other experts on the subject are unsure.

Dendrobium has some distinct advantages over DMAA. For one thing, unlike geranium oil, the purported botanical source for DMAA, it does have an accepted history as a botanical with medicinal properties. Dendrobium nobile, a species of orchid native to southern China, is listed as one of the 50 fundamental herbs of Traditional Chinese Medicine, and an extract of the stems have been used for many years as a tonic. And unlike DMAA, dendrobium is listed on the Old Dietary Ingredients list of the United Natural Products Alliance and is referenced in Herbs of Commerce by the American Herbal Products Association. (Neither of these, it should be noted, officially confers ODI status, but it’s a big step in the right direction.)

Dendrobium extract has been touted as an energy replenisher and is said to be beneficial in rehydration. These were some of the properties that attracted the formulators of the popular pre-workout product Craze, manufactured by Driven Sports.

“Dendrobium has been used for over a hundred years as an invigorating tonic made from the dried stems,” said Matthew Cahill, vice president of operations for Driven Sports. “What appealed to us besides being an invigorating tea was it boosted the immune system, helped with dehydration and impotence.

“Combating dehydration is another no-brainer benefit during strenuous activity, but something we noticed when researching pre-workout products was a lot of people complaining about a lack of sex drive when using certain products,” Cahill said.

Companies that have been using DMAA have been backpedaling furiously since the FDA issued 10 warning letters in late April concerning products that contained the ingredient. The subject came up in a recent earnings conference call by supplements giant NBTY, with investors asking pointed questions about the company’s exposure to the troubled ingredient.

DMAA stands accused on a variety of fronts. First, FDA says manufacturers should have filed NDI notifications on the ingredient. Second, the question remains as to whether DMAA is a plant extract or a synthetic botanical. And, finally, if DMAA is not a component of geranium oil—still a matter of some dispute—it would then be a wholly synthetic compound and, under FDA's interpretation, would therefore not be a dietary ingredient at all.

FDA’s stance on the synthetic botanical issue does not bear on the dendrobium in Craze, Cahill said. “It doesn't have an effect on Driven Sports’ use of dendrobium per se because it’s a natural plant extract and not a synthetic,” said Cahill.

Craze, which has been on the market since late 2011, seems to have benefited from DMAA’s discomfiture.

“Craze has done well for us, quickly becoming our best-selling product,” Cahill said. “I do think we will see a bump in sales because of the issues around DMAA but I've seen some of the better-selling products in this category have already been reformulated.”

Questions about the chemistry of dendrobium extract

On the label of the Craze product, a number of chemicals are listed as being part of Dendrobex, Driven Sports’ branded dendrobium extract. These include dendrobine, dendroxine, dendromine and three variations of phenylethylamines. It’s these last three that give some industry experts pause.

“Show me the paper that states that the phenylethylamines are there in any amounts (in dendrobium) beyond a hundreth of a percent,” said Anthony Almada, CEO of Genr8 and an expert on adulteration issues. “The obligation is for them to show from an independent lab that all the things in there are actually from the orchid,” Almada said. “I have not seen any literature that describes PEAs (phenylethylamines) occurring in dendrobium. I have done a pretty deep search back to the 1920s.”

“When we started looking at markers [to use in the tests], the dendrobine alkaloids are reported, and Lilly actually researched these back in 1935, so they have a long history,” he said.

“But when you look at what’s on the market today, the products are being standardized to B-phenylethylamines,” Neal-Kababick said. He added that when he ran phytoforensic tests on the dendrobium extracts he had in his lab, “we found hits for B-phenylethylamines that appeared to be pharmaceuticals.”

“There are papers on the alkaloid composition of dendrobium and there are quite a few alkaloids that are indentified there. Dendrobine is one of them,” Neal-Kababick said. “I have not been able to find that the phenylethylamines are native to dendrobium."

Regardless of what Almada and Neal-Kababick say they have found in the research and testing other dendrobium extracts, Cahill stands behind his product.

“All of the raw materials used in Craze are laboratory tested for identity as required by GMPs by FDA-accredited labs,” Cahill said. “The dendrobium extract we use is a natural plant extract, not of synthetic origin.”

Leaving aside the precise chemical composition of dendrobium extract, the question remains about whether the ingredient is an ODI, or might fall into the New Dietary Ingredient category, one of the problems with DMAA that FDA cited in its warning letters. As mentioned above, dendrobium does have a history of use in China and is cited in some North American sources. But sales, not citations, are what matter when determining ODI status, according to the FDA.

“Listing in the UNPA combined ODI list and/or the AHPA Herbs of Commerce (second edition) is not actual proof of ODI status from FDA's perspective— just a proposed basis for such from an industry perspective,” said Mark Blumenthal, executive director of the American Botanical Council. “I am not aware of any records showing it was traded as a food or dietary supplement in the US prior to Oct. 15, 1994, but then I have not looked for any; that's the responsibility of the seller/marketer of the putative ODI.”

The financial impact of the DMAA crackdown
May 02, 2012