HomeProducts and TrendsVitamins and SupplementsDo sports supplements cause testicular cancer?
Recent
Latest
Sponsored Content
The goodness wrapped in a certified organic seal – video
Podcast: What brands need to get on shelf at Fresh Thyme Market
May 24, 2022
Natural Habitats releases Palm Positive+, A Reference Guide
May 24, 2022
The Planting Hope Company aims to prove gender equity leads to success
May 23, 2022
Trending
Getting ready for 2023: Trends for brands to consider
May 17, 2022
Whole Foods' honors 30 companies with 10th annual Supplier Awards
May 18, 2022
6 tips to promote consumer understanding of Certified Organic
May 18, 2022
Natural beauty market trends
Jun 16, 2021

Do sports supplements cause testicular cancer? 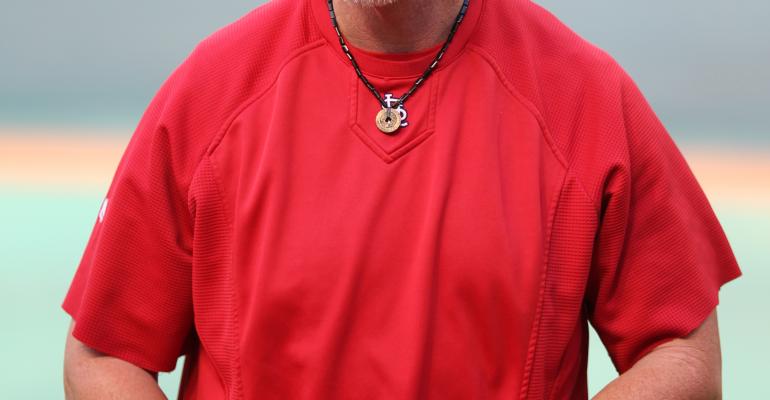 A new study found an association, but not causality. It was not a double-blind, placebo-controlled study, and some of the more popular ingredients alleged have actually been shown to have anti-cancer benefits.

Gym rats and exercise enthusiasts looking to enhance their physique and musculature often consume a range of sports supplements – from protein to creatine to beta-alanine and more – but what if the trade-off was the health of the family jewels?

A population-based study published in the British Journal of Cancer found a relationship between testicular cancer and consumption of a range of 30 different muscle-building supplement pills or powders, though researchers mentioned only three ingredients. They found increased risk among those who started to supplement after age 25, among those who took more than one ingredient, and for those taking them longer than 3 years.

Importantly, the nature of this study – giving a questionnaire to people about past supplement use and then trying to divine a health effect – can, at best, find an association. And association is not the same as causality.

Researchers studied 356 patients with testicular germ cell cancer and 513 controls without cancer also in hospitals in Connecticut and Massachusetts. They asked them if they had consumed any sports supplement product at least once a week for four consecutive weeks between 2006 and 2010.

No specific supplements were named, though the researchers included 30 different ingredients that were found in sports supplements.

The named ingredients were protein, creatine and androstenedione. Researchers surmised that these ingredients could have hormonal effects that could lead to cancer incidence.

“Our study found that supplement use was related to a higher risk of developing testicular cancer," Russ Hauser, professor of environmental health science at Harvard T.H. Chan School of Public Health and a co-author of the study, said in a statement. "These results are important because there are few identified modifiable risk factors for testicular cancer.”

“There are several factors to consider here, including the fact that andro is not a legal dietary supplement, it is an illegal drug,” said Duffy MacKay, N.D., senior vice president of scientific and regulatory affairs, Council for Responsible Nutrition “This observational study purports to find an association, but not a causal relationship, between the ingredients identified and increased cancer risk, and while that’s more likely with andro or illegal steroid use by study participants, there is no scientific evidence to support the idea that protein or creatine are a risk for testicular cancer, and these products should not have been lumped in together. We should also take into account the habits of body builders as it is possible that they may be either knowingly or unknowingly taking other products, such as illegal steroids, that could be dangerous.”

Ingredient safety: What the science says

Because this loose study found an association between people taking a broad class of performance-enhancing ingredients, it is difficult to pinpoint any specific ingredient as being a cancer-causing agent. At best, this should lead to additional research on specific ingredients to assess their true safety.

A 2014 cell-culture study (i.e., not on humans) suggested sports supplements that contain high levels of estrogenic endocrine disruptors – especially those supplements containing 17-beta-estradiol – are linked to testicular cancer. Study researchers said people most at risk were boys between ages 12 and 16 and postmenopausal women because those groups have the lowest natural hormone levels and so the most to change by consuming estrogen agonists.

A human clinical trial among healthy college-aged men published in May 2014 found taking a pre-workout supplement containing creatine, caffeine, beta-alanine, amino acids and B vitamins daily for 28 days found no adverse effects on kidney or liver blood markers, resting heart rate, or blood pressure. This was a short-term study looking at health conditions that did not include cancer.

Creatine – among the more popular sports supplements – has been shown to actually have anti-cancer effects, with studies showing low creatine content linked to several types of malignant cells, and elevated creatine levels linked to tumor regression.

"Creatine is ultra-safe," said Anthony Almada, co-founder of sports nutrition juggernaut EAS, a company responsible for bringing creatine monohydrate to much of the world in the 1990s. "The National Institutes of Health has funded probabaly 60 to 100 studies using creatine monohydrate from young children to elderly adults to see if it was unsafe. Hell, no. What drugs out there have two separate three-year safety studies, and many other safety studies? No other ingredients have that going for them, either supplements or drugs."

As for protein, studies suggest an anti-tumor effect of whey protein in some urogenital cancers including cancer of the testicals – the focus of the study du jour. A small human study found whey protein concentrate could deplete tumor cells of glutathione and thus render them more vulnerable to chemotherapy treatment. A review by an Australian researcher with Dairy Australia found “no compelling evidence from epidemiological studies to indicate that protein, at levels usually consumed, is a risk factor for cancer.”

Androstenedione – andro for short – was made popular by home run king Mark McGuire in 1998 when he was chasing the all-time record for homers in a single season. This was the year after the International Olympic Committee banned andro as an anabolic steroid. Major league baseball followed suit (though after McGuire set the home-run mark), as did the NFL, NBA, the World Anti-Doping Agency and the U.S. military. In 2004, the FDA banned the sale of andro, making its presence in any sports supplement illegal.

Supplement safety: whose responsibility is it?
Sep 08, 2014
Science Lines Up Behind Beta-Alanine— Could it Be the Next Creatine?
Sep 01, 2006