HomeProducts and TrendsVitamins and SupplementsFolic acid: friend or foe?
Recent
Latest
UNFI's Eric Dorne to step down as chief operating officer
May 20, 2022
The Analyst’s Take: Top takeaways from NBJ’s Sports Nutrition and Weight Management Report
May 20, 2022
How nutrition companies can keep up with rapid pace of changing tech
May 20, 2022
Podcast: Innovation, sustainability and integrity at PCC Community Markets
May 18, 2022
Trending
Whole Foods' honors 30 companies with 10th annual Supplier Awards
May 18, 2022
Sponsored Content
The rise of sustainable business – eGuide
Sponsored Content
Getting ready for 2023: Trends for brands to consider
May 17, 2022
Sponsored Content
Debra Stark’s light shines bright on natural products industry
May 10, 2022
Natural Foods Merchandiser
brought to you by 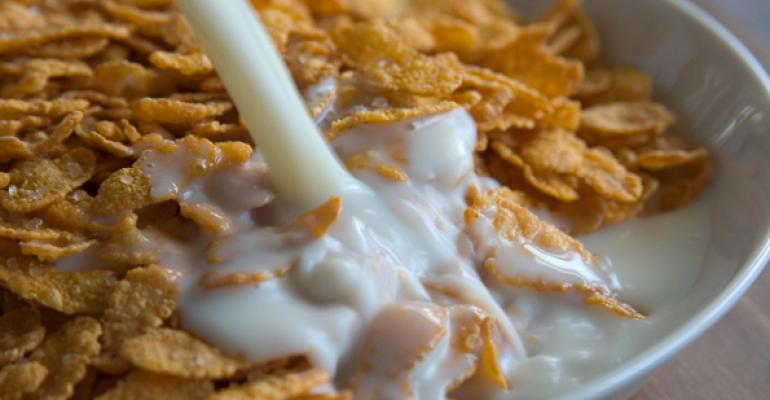 Folic acid can prevent birth defects and may offers benefits related to cardiovascular disease, inflammatory bowel disease, anemia and other disorders. But can too much be harmful?

In 1998, after studies linked folate deficiency with birth defects, the U.S. Food and Drug Administration—in a move that has been heralded as one of the most pivotal public health decisions in American history—mandated that all enriched cereal grain products be fortified with folic acid (the synthetic form of the B vitamin folate). Since that decree, the number of birth defects in the United States has dropped by a quarter and blood folate levels have doubled.

Along with preventing birth defects, the biochemical functions of folic acid are connected to a number of other long-term health benefits related to cardiovascular disease, inflammatory bowel disease, anemia and other disorders. Yet, as other countries consider mandatory fortification and advocacy groups in the United States call for an increase in folic acid fortification and expansion to corn masa flour (to reach more Hispanics), a sticky question has emerged: Can too much folic acid do more harm than good?

A 2009 study published in the European Journal of Gastroenterology added some urgency to that question by reporting that hospitalization rates in Chile for colon cancer among men and women age 45 and older more than doubled after folic acid fortification was introduced in the country in 2000. Unlike Chile, Norway does not fortify its foods, and a 2009 study there found that daily supplementation with 800 mcg of folic acid and vitamins B12 and B6 for more than three years increased the risk of lung cancer by 21 percent. Response from the global scientific community on these studies was mixed—but uniformly pointed to the need for more research.

Although it didn’t specifically address the increased cancer risk questions, a 2011 study in the American Journal of Clinical Nutrition eased some concerns by concluding that excess folic acid does not exacerbate B12 deficiency, as other research has suggested. This matters because B12 deficiency can be common among older adults and vegetarians and has been linked with anemia as well as neurological problems.

We asked this study’s lead author, James Mills, MD, a researcher with the National Institute of Child Health and Human Development, about the latest research and the broader folate debate.

James Mills, MD: Previous studies (many conducted with elderly people) reported that those who had the combination of high folate and low B12 had more anemia and other metabolic problems.

NFM: How did you do the research, and what did you find?

JM: We wanted to look at a population that did not have competing health risks that might confuse the data. In this study, 2,507 otherwise healthy university students provided blood samples as well as data on their medical histories and exposure to folic acid and B12. We compared two groups: Those who had high folate and low B12 levels and those with low B12 levels but not high folate levels. We found that if you have B12 problems, then having high folate levels does not make them any worse. This is important because it means that we do not have to worry about taking folic acid even if your B12 status is not optimal.

NFM: Can you get too much folate?

NFM: Any other concerns?

JM: Going back to the 1940s, there has been some evidence that folate could enhance the growth of cancer. In fact, anti-folate cancer drugs, like methotrexate, work by blocking folate. Today, researchers are wondering: If people are getting more folic acid in their diet, what is that doing to their cancer risk? At the same time, there is some evidence that suggests that if you have a diet with a good level of folate in it, you can prevent cancer. As a result, some people believe that folate may be beneficial in preventing cancer—but if you have cancer, it could be detrimental.

NFM: Is there anyone who should avoid folic acid in supplements and fortified food?

JM: That is tricky. My personal opinion is that if you are giving someone an anti-cancer drug that blocks folate, it is probably not a good idea to give them a lot of folic acid. But this question needs much more study.

NFM: Some people have suggested that seniors—particularly those with low B12 status—should avoid folic acid supplements and fortified foods. What do you think?

JM: I do not believe high folate levels exacerbate problems associated with B12 deficiency in any age group. Elderly people need not avoid supplements or food containing folic acid.

JM: Women of childbearing age who might get pregnant (and they should be getting 400 mcg per day). I would not recommend folic acid supplements for the general population.

NFM: Can you prevent birth defects just by eating more folate-rich food such as leafy greens?

JM: It is very difficult. Since (synthetic) folic acid is more bioavailable than (natural) folate found in food, it is estimated you would have to eat about 10 cups of spinach per day to get the recommended 400 mcg for pregnant women. You may be getting enough from fortified foods to not need to take supplements, but if I were a woman of childbearing age, I wouldn’t risk it. I’d take a supplement.

NFM: Some groups, including the March of Dimes, would like to see the amount of folic acid in cereal grains doubled. The Centers for Disease Control would like to see it added to masa flour. What do you think?

JM: I do not think adding additional folic acid, except as the CDC suggests, would be helpful.