HomeProducts and TrendsVitamins and SupplementsFriday the 13th spells bad news for omega-3s
Recent
Latest
Sponsored Content
Are there potential carcinogens swimming in your biobased laundry detergent? – article
Sponsored Content
Organic agriculture and its impact on ingredients and the planet – webinar
Sponsored Content
The goodness wrapped in a certified organic seal – video
Podcast: What brands need to get on shelf at Fresh Thyme Market
May 24, 2022
Trending
Getting ready for 2023: Trends for brands to consider
May 17, 2022
Whole Foods' honors 30 companies with 10th annual Supplier Awards
May 18, 2022
6 tips to promote consumer understanding of Certified Organic
May 18, 2022
Natural beauty market trends
Jun 16, 2021 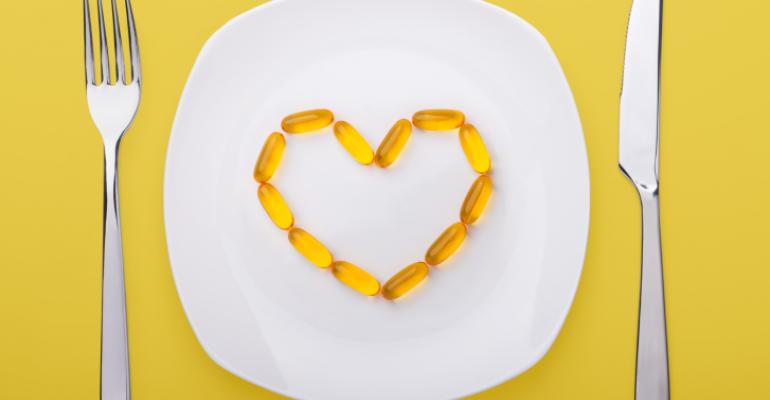 Negative media is mounting on omega-3s. Here&#39;s the background you should know to keep customers informed.

The omega-3 category, in a downturn for the last two years starting with an erroneous study on prostate cancer and continuing with a combination of a lack of good news and a trickle of bad, is about to experience another hit in the mainstream press.

In January, the American PBS show Frontline will air their story that covers the same ground around safety and efficacy.

Adam Ismail, executive director of the Global Organization for EPA and DHA Omega-3s, an industry trade group, was interviewed for the television programs and said the questions were leading and one-sided. He is not optimistic about the presentation.

“It doesn’t surprise me we’re challenged on the science,” Ismail told New Hope. “There are so many papers on omega-3; even though there are more randomized, controlled clinical trials and scientific papers on omega-3s than most pharmaceuticals, it doesn’t mean everything is going to continue to show positive results because you don’t want to do the same science over and over again, and you won’t find positive results on all the different things being studied.”

He said the larger problem is an expectation that nutrition is treated like pharmaceutical medicine, and nutrition is not going to give as powerful an impact as drugs. Another issue is consumer media.

On the issue of oxidation, there are two issues at play that confound the media celebration that omega-3 supplements are oxidized and dangerous. One is that flavorings used in omega-3 supplements, especially liquids, interfere with the method used to measure oxidation. This was a problem faced by omega-3 supplement leader Nordic Naturals a couple years ago.

What are retailers to tell customers?

The recent studies throwing into question the heart-health benefits of omega-3s are being misinterpreted by “poor quality of reporting on these issues,” according to Ismail.

“These recent studies have had severe limitations,” he said. “They were not designed to answer the question of whether omega-3s work for heart health. They’re more about does a low dose of EPA and DHA help congestive heart patients who have been highly medicated with pharmaceuticals, within six months? That doesn’t tell you if omega-3s are good for your heart. There are extreme levels of constancy among researchers that find reduction in coronary death risk, reduced triglycerides, reduced blood pressure. If you ask a cardiologist, they’ll say, yes, omega-3s are beneficial for your heart.”

GOED recommends maintenance doses of 500mg/day of omega-3s containing EPA and DHA. The American Heart Association recommends 1,000mg/day for the secondary prevention. For certain cardio conditions, 2-4g/day might be necessary.

“It’s amazing,” Ismail said. “We know we don’t get enough in our diet, you supplement and blood levels go up. How can you say you shouldn’t take omega-3s?”

He did say that eating fish is every bit as good as even high-dose fish oil supplements. “Salmon is a more potent and powerful way to deliver omega-3s than supplements,” he said. “But not everyone wants to eat salmon that often.”