The future of antioxidant research and ethical marketing

John Finley, Ph.D., professor of food science at Louisiana State University, talks about ethical marketing, which antioxidants show the most health potential and where antioxidant research will go next.


Q: What are the primary misunderstandings about antioxidants?

A: "Antioxidants" is a poster term for things that probably have very little to do with true antioxidant activity. When the field started 20 years ago, we knew oxidation was a bad thing. Lipid oxidation in vivo was associated with disease risk. All these compounds that plants produce have some antioxidant activity. We said that if they are absorbed, antioxidants will help make cells live longer and be healthier and get rid of all the evil oxidized lipids. 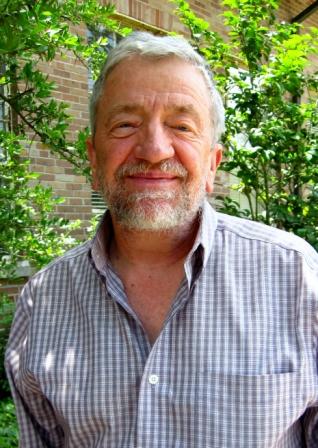 But, to me, the breakthrough came in the late 1990s when people started to say that a lot of the diseases we cope with are based in inflammation. Then, the dots got connected. These polyphenols—these antioxidants we've been hawking—really inhibit inflammation.

One of the students in my lab has developed a good reputation for herself by being one of the first people two years ago to talk about how it's not just anti-inflammation; antioxidants actually work by preventing inflammation. If you have high concentrations of anthocyanins, you can slow down the inflammation process that’s already started. But it also turns out that if you bathe the healthy cells with anthocyanins—which are the colored compounds in blueberries, black rasperries and so on—and then you stimulate them with something inflammatory, they are protected. Somehow they help to slow inflammatory proteins in the cell, and, therefore, they become more protective of the cell. I think that’s where the field is going.

Q: Should food marketers, then, talk about inflammation instead of antioxidants?

As scientists, we need to understand that the true benefit of these materials go beyond the antioxidant activity. But “antioxidants” is a catchy term. It sells well.

"Anti-inflammation" is becoming a more popular term, but "antioxidants" is still cooler on a food box. Anti-inflammation sounds like it’s preventing or treating a disease, which would give our friends in the regulatory agencies cardiac arrest.

At one time, the big "in" thing was cancer prevention. All these antioxidants were supposed to prevent cancer. I don't think in our combined lifetime you're going to see boxes of corn flakes on the shelf in the supermarket that say "prevents cancer" on them. The FDA isn’t going to let manufacturers do it. If “anti-inflammation” becomes a more market-friendly term—and the jury's still out on that—it may be a good thing because many forms of cancer have an inflammatory base. So you get the benefit without saying the "C" word.

Q: According to Newsweek, some research apparently is showing that antioxidants might impair fertility, trigger kidney cancer or even promote heart disease. Do antioxidants have a dangerous side?

A: I’ve not seen the original science, but there's always recognition in taking the opposite point of view from the rest of the world. Also, too much of anything is a bad thing. Everything we consume has its good level and then too much of it becomes a bad thing. A low level of alcohol is relaxing. Unfortunately, it peaks out at a normal range and beyond that you get into negative effects. Everything has an optimal level, and there’s no reason to think that antioxidants don't.

Q. Is bioavailability an issue with antioxidants?

A: Keep in mind that a lot of these compounds are not well absorbed. The benefit is in the last three feet of your digestive tract. But that's an area where inflammatory disease is a serious problem because that ultimately can lead to polyps and colon cancer. The worst case scenario: You consume antioxidants and they're not absorbed. But then they get down and cause the expression of genes that protect against inflammation and the ultimate development of polyps and cancer—wow! Not only that, fruits and vegetables taste good.

Q: What do you think of the Oxygen Radical Absorbance Capacity (ORAC) measure of antioxidant capacity?

A: It’s a great way to compare within fairly narrow classes of material. If you're comparing red raspberries and black raspberries, it's a great tool. It’s also a great way to look at the influence of processing—what you’re doing to the antioxidant levels of [packaged] food products.

ORAC shouldn't be a marketing term. If you want to talk about a new variety of tomato that has a high antioxidant capacity, you can use the ORAC to compare the new tomato to the old tomato. But you shouldn’t compare the tomato to a carrot.

Also, just because it has an ORAC value, doesn't mean the ORAC does anything in vivo. You still have to deliver the ingredient. The food has to be eaten, it has to be attacked by digestive enzymes that change it or not, and then some portion of that material has to be absorbed and get into the bloodstream.

The supplement companies need to have a little more discretion with how they talk about ORAC antioxidant capacity. They say "superfood"—well, give me a break. Show me the absorption and that it changes the ORAC in vivo, and maybe I'll listen. To me, it’s almost as bad as when manufacturers added melamine to milk to raise protein levels. It can be misleading.

Q: Which antioxidants show most potential and why?

A: Right now, the foods with the highest antioxidant levels that are causing excitement are the berries—blueberries, raspberries and, to some extent, cranberries. That's partially because the berry industry knows they've got something, and they're promoting it. They're supporting research, and they’re marketing the results of that research.

There's extraordinary science in that area, but when you ask how do berries work and what’s the active compound, no one can give you a good answer. It may be the anthocyanins. But there’s a whole bunch of other things in these products that are not in huge quantities, but they may be more bioactive.

Q: Where will the research go next?

A: People will pay more attention to the absorption and metabolism of these materials. One of [the students in our lab] is looking at the effects of fermentation in the colon of these materials. If you eat a cup of blueberries for breakfast, eventually a great percentage of these antioxidants will end up in the colon. You've got 50,000 varieties of bacteria that eat, chew and alter anything that comes near them. What does that do to these materials that we think are the active components in the blueberries? And are these modified materials that come out of it absorbed more readily? And is that where the benefit is?

We haven't seen the tip of that iceberg. If I were to guess, that's where the ultimate success [of antioxidants] will be.

Antioxidant-rich veggies may add years to your life
Nov 23, 2010