Is the future of antioxidants in fighting inflammation? 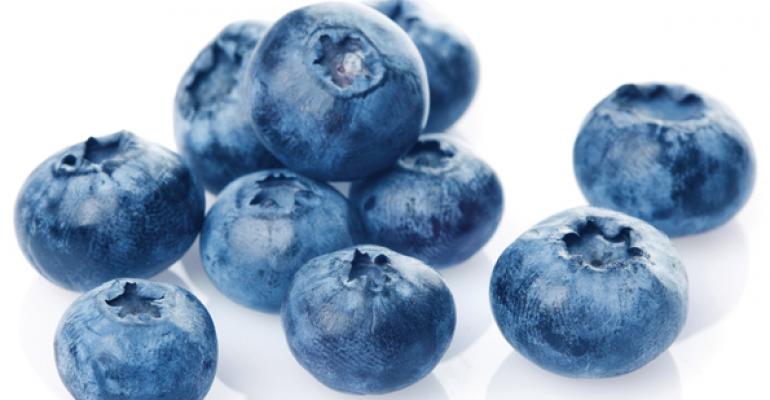 The marketing picture for antioxidants is in disarray following some bad national press and doubts about the value of high ORAC numbers. Here&#39;s how focusing on a systemic approach can help revive this category.

Antioxidants as an ingredient category have suffered from the “magic pill” syndrome. In the past 15 years these ingredients have soared on promises that remained mostly unfulfilled, and crashed on doubts that were overstated. Where do antioxidants fit today in the palette of functional ingredients?

More than a decade ago information about the damage that free oxygen radicals can do in cells was becoming fixed in consumers’ consciousness. In a society focused on the attainment of eternal youth, free radicals, which had been linked to premature aging, had become the new bogeymen. And new miracle molecules—antioxidants—were coming to the rescue, armed with the powerful weapon of high ORAC values. ORAC numbers (oxygen radical absorption capacity) began to be quoted on package labels. Mainstream publications and consumers were excited by the promise of these ingredients. Sales rose and all was well with the world.

This wave of excitement was driven by the process of botanical discovery. While the antioxidant activity of well-researched substances such as vitamins C and E has long been known, most of the buzz centered on the compounds such as new flavonoids, phenols, anthocyanins and carotenoids discovered in an array of familiar and exotic plants. First blueberries were the stars. Then cranberries, tart cherries and bilberries all had their day in the sun, to be supplanted atop the ORAC summit by latecomers like maqui and açai.

This quick climb to the top began to be clouded by wavering doubts. First, there was the question of the ORAC test itself. Sure, it gave a benchmark to compare how good the various compounds were at soaking up free radicals. But the first generation of ORAC tests were limited in their scope, measuring primarily a reaction associated with the peroxyl radical, only one of a number of free radicals present in the body. A new test developed by Brunswick Labs that can measure a compound’s performance against a greater number of radical species may help to give a more complete picture of antioxidant potential.

Then there is the in vitro versus in vivo question. It doesn’t matter how good the sponge might be if you can’t use it to clean your kitchen. The tests that determine ORAC values—even Brunswick’s improved testing method—all measure a reaction in a Petri dish. Nutrition science has yet to link the specific results of that reaction with a relevant reaction in the body.

There is still no evidence that a substance boasting a 50,000 ORAC value is better than one with 5,000 at soaking up radicals in the body. In fact, depending how each is metabolized, the opposite might be the case, but that is still one of the many unknowns surrounding in vivo antioxidant activity. So, while no one disputes that blueberries or cranberries are good for you, a responsible scientist can’t say their respective ORAC values are why they are good.

“I must say, though, that I have not really seen any ORAC values printed on any product labels anywhere. I think it is more of a buzzword with manufacturers than with consumers, and overall, there is less interest in it,” said Steve Siegel, vice president of superfruit supplier Ecuadorian Rainforest.

All these doubts led to the category’s crash in the form of a Newsweek article in early 2011 saying that not only had the promise of antioxidants been overstated, but that these substances might even be bad for you. Writers and bloggers in the natural health sphere vigorously (and to our mind successfully) attacked the article’s sources and conclusions, but the damage was done, and led to discussion within industry as to whether the term “antioxidants” was now passé.

Inflammation and the next market boom

So where does the category go from here? The ingredients still have great promise, both in a marketing and health benefits sense. But, according to John Finley, PhD, professor of food science at Louisiana State University, it’s probably best to focus antioxidants’ role in a complex set of reactions in the body, and not seek to trump up their magic bullet qualities.

“As scientists, we need to understand that the true benefit of these materials go beyond the antioxidant activity,” he said. “But ‘antioxidants’ is a catchy term.”

Finley said one of the new areas of promise would be to move beyond the specific reaction pathway in which ORAC values are relevant and move toward talking about inflammation.

“To me, the breakthrough came in the late 1990s when people started to say that a lot of the diseases we cope with are based in inflammation,” Finley said. “Then, the dots got connected. These polyphenols—these antioxidants we’ve been hawking—really inhibit inflammation.”

Finley said the point to hold on to is that these natural compounds can work in a way to root out systemic inflammation at its source, rather than to help ameliorate it once it is underway.

“It’s not just anti-inflammation; antioxidants actually work by preventing inflammation,” he said. “If you have high concentrations of anthocyanins, you can slow down the inflammation process that’s already started. But it also turns out that if you bathe the healthy cells with anthocyanins—which are the colored compounds in blueberries, black raspberries and so on—and then you stimulate them with something inflammatory, they are protected. Somehow they help to slow inflammatory proteins in the cell, and, therefore, they become more protective of the cell. I think that’s where the field is going.”

There are regulatory challenges with that approach. Inflammation is a condition treated by drugs, making it something that a dietary supplement can’t claim to “treat.” Nevertheless the evidence of the effect of natural compounds on inflammation continues to pile up, whether it is polyphenols or curcuminoids and their regulatory function in the NfKb inflammation signaling pathway. As with the communication of health benefits revealed by science in other ingredients categories (the science of gut health and probiotics comes to mind here) a delicate balancing act is required.

“I don’t think in our combined lifetime you’re going to see boxes of corn flakes on the shelf in the supermarket that say ‘prevents cancer’ on them,” Finley said. “The FDA isn’t going to let manufacturers do it. If ‘anti-inflammation’ becomes a more market-friendly term—and the jury’s still out on that—it may be a good thing because many forms of cancer have an inflammatory base. So you get the benefit without saying the ‘C’ word.”

Siegel said one of the major growth areas for antioxidant ingredients is in condition-specific applications, especially sports nutrition. “Formulators are looking for ways to make their sports products healthier and move beyond the basic sports nutrition ingredients like whey,” he said. “Antioxidants are a natural fit. Consumers are willing to pay more for a premium beverage if it has a natural health benefit, and once you have penetrated the sports market, that message translates over to the everyday consumer.”