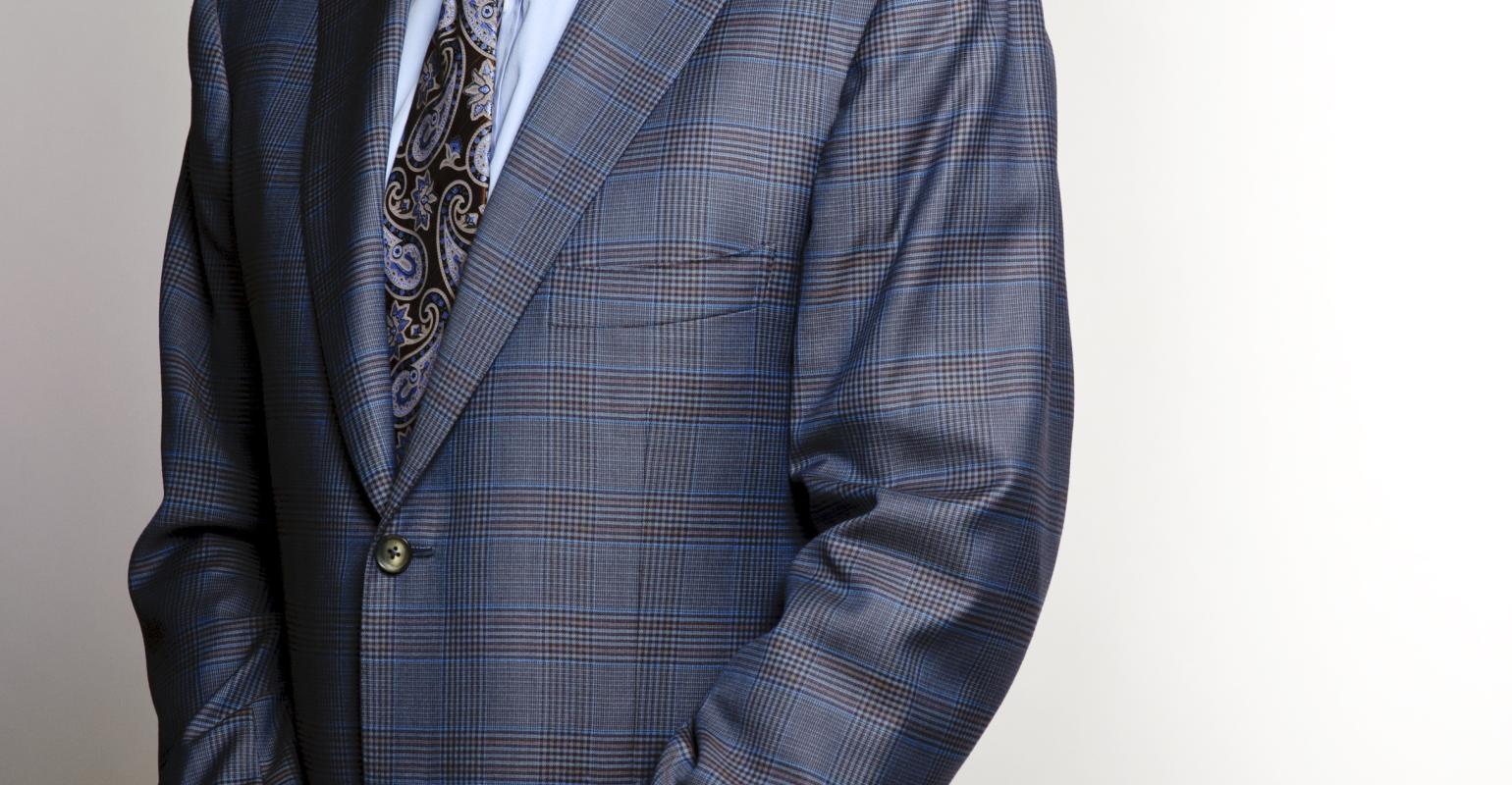 There&#39;s been much ado about a recent study regarding omega-3s and prostate cancer. Here, Dr. Michael Murray breaks it all down, debunking the findings with other research that indicates the exact opposite.&nbsp;&nbsp;&nbsp;&nbsp; &nbsp;

On July 10, 2013, major media headlines and news stories claimed "Too Much Fish Oil Might Boost Prostate Cancer Risk." Wow, that sure seems fishy given all of the positive health benefits linked to fish oil intake. In examining the study, there are numerous issues that clearly indicate that perhaps the conclusion is wrong, but really a study's conclusion is only as good as the study itself.

Data used was from the SELECT study

Important considerations of this data are the following:

Lastly, the following statement by the authors suggests that they may have significant bias: "There is really no evidence that taking dietary supplements is beneficial to health, and there is increasing evidence that taking high doses is harmful." Such a statement shows a clear axe to grind in light of a great deal of scientific evidence on the value of dietary supplementation.

A closer look at the reported results

Let's take a closer look at the reported results to see if things add up. The bottom line is that they do not. Let's first take a look at the blood levels of EPA+DHA - the major forms of long-chain omega-3 fatty acids found in fish oil supplements. As Table 1 shows, the levels are quite similar among the groups. These blood levels of EPA+DHA are actually quite modest and do not reflect huge levels of fish or fish supplements being consumed. The average EPA+DHA plasma level for men is generally approximately 4 percent. So, the levels reported here are typical, but a little lower than normal and the ratio of EPA to DHA is also a little lower as well.

What the researchers did next was divide cancer patients up by their blood levels of fatty acids and look at the hazard ratio - the relative risk over time - associated with different levels of the various fatty acids (see Table 2). As it relates to EPA, statistical significance was not achieved for total cancer or high-grade cancer (the P value has to be less than 0.05 to be deemed anything more than random chance).

For DHA, there was statistical significance. But, again, the levels of DHA are typical of what is found in men consuming modest amounts of fish. However, the level of EPA was lower than that typically found and the ratio of EPA to DHA was also lower.

What this may mean is that there may be increased conversion of EPA to DHA in prostate cancer. Though one interesting observation is that the hazard ratio (HR) actually went down in high-grade prostate cancer in the group with the highest level of DHA compared to the next highest group. This suggests that it is not that significant of a factor as one would expect if it was that the higher the level the higher the HR. But, this finding has a P value of 0.09, so no real conclusions can be made as it was probably a random finding. 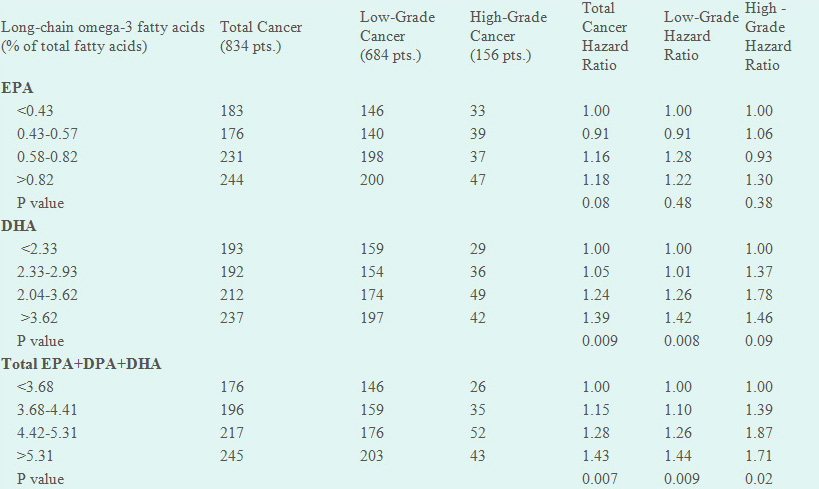 The facts are that population-based studies show just the opposite effect. For example, prostate cancer incidence and death rates are among the lowest known in populations consuming the traditional Japanese or Mediterranean diets, two diets with a relatively high content of EPA+DHA.

What do other studies show?

While some studies make an important distinction, others do not. When ascertaining the benefits of fish consumption, it is important to find out how the fish is being prepared. For example, regular ingestion of fried fish was associated with a 32 percent increased risk for prostate cancer.8 In addition, many studies do not control for the quality of fish or fish oil. Some fish (and fish oil supplements) can contain environmental chemicals, such as PCBs, heavy metals, and other toxic chemicals, that can contribute to prostate cancer.9, 10 These are important considerations.

The best thing about this study is that it will stimulate more research into the role of omega-3 fatty acids in prostate health. The worst thing about this study is that it may lead to many men abandoning the use of fish oil supplements. Based upon a large amount of clinical data, it makes sense for men to be consuming 1,000 mg of EPA+DHA daily for general health. And, if they are suffering from one of the more than 60 different health conditions shown to be benefitted by fish oil supplementation, the dosage should be increased to 3,000 mg of EPA+DHA daily.

Dr. Murray is one of the world’s leading authorities on natural medicine. He has published over 30 books featuring natural approaches to health. His research into the health benefits of proper nutrition is the foundation for a best-selling line of dietary supplements from Natural Factors, where he is Director of Product Development. He is a graduate, former faculty member, and serves on the Board of Regents of Bastyr University in Seattle, Washington.