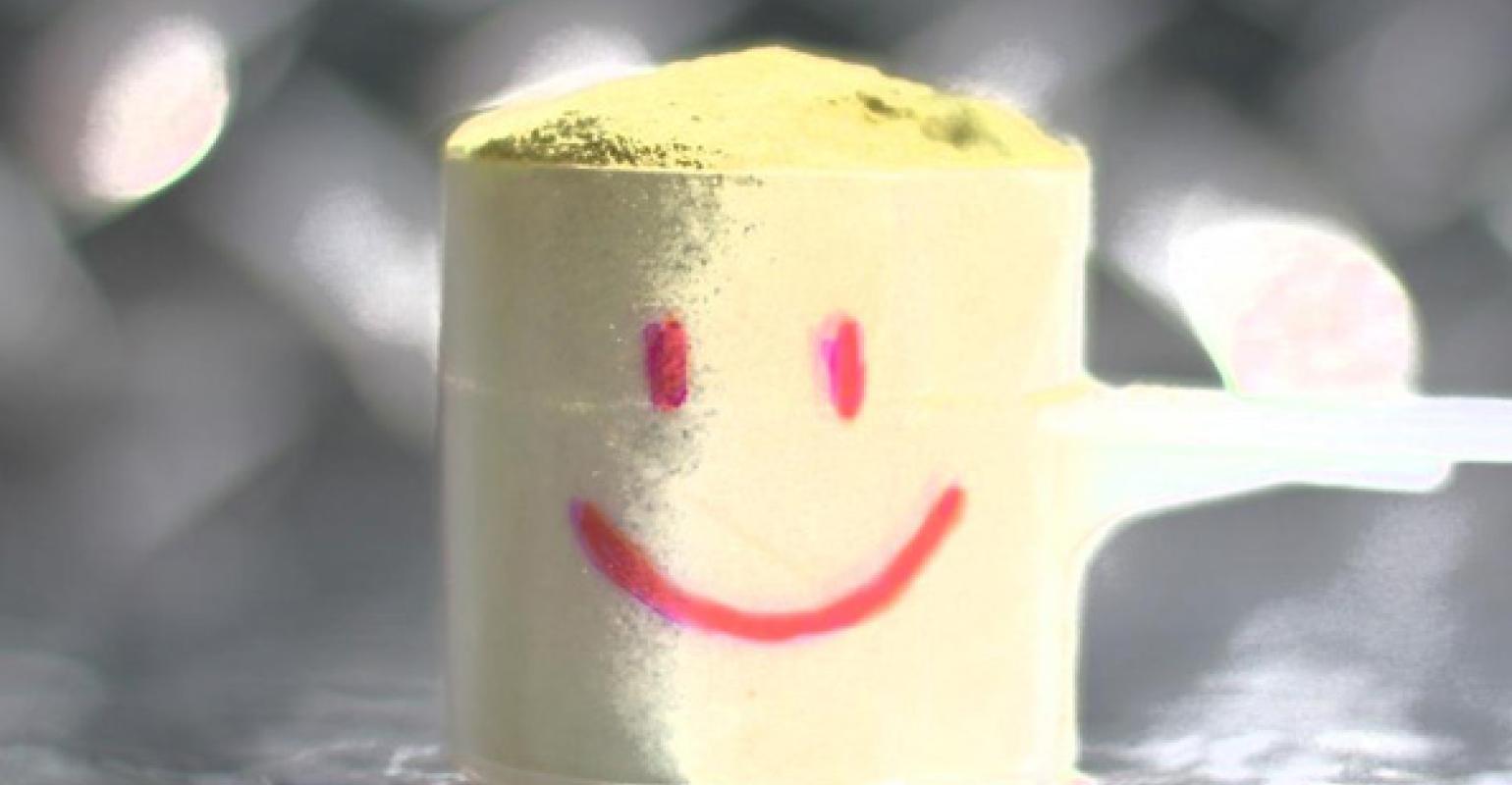 Marketing guru Alex Bogusky launches Skoop, a product that aims to get Americans&#39; diets back on track wrapped up in the most transparent packaging&hellip; ever.

From art director in 1989 to creative director's seat just five years later, Alex Bogusky's quick climb to advertising agency stardom would have Crispin and Porter adding his name to the company title not long thereafter. Translation: This guy knows branding. Recently, the marketing guru put all that business-building savvy to work on Skoop, a natural product of his own, undertaking some serious goals while he's at it.

Bogusky aims to get Americans' diets back on track, for one. "I think, in this country, everybody should have great nutrition before they have two cars in the driveway," he said. Another aspiration: having the most transparent packaging… ever.

To back up a bit, Skoop is a "package of nutrients" in Bogusky's words. Barely born and currently in beta, the product's genesis stemmed from the brains of Dr. James Rouse, ND, Bogusky and friend, Greg Stroh, who "just started rapping about different ideas" a couple years back. "James started formulating this morning greens powder, and it had probiotics and adaptogenic herbs and dark reds and greens," said Bogusky, who drank it down. "I'm not a breakfast person, and so I started putting this into my morning ritual. It sounds weird, but the biggest thing I noticed is I just felt happier."

Bogusky takes his Skoop mixed with almond milk. His wife prefers oatmeal, while one of the fitness trainers they work with makes greenish brownies. In sharing Skoop with others, the team received reports of the same euphoric phenomenon, concluding that they had "something pretty awesome" on their hands. "So that seemed like a really good reason to do a business—I want the product, and I can't find it, so we'll make it," he said.

Rising to the occasion

Naturally, launching a product is not without challenges, the big one for Bogusky being that as an entrepreneur, "everything takes three times as long as you think it's going to take." Taste is another factor. "I think we have a great-tasting product for the category, but if you're going to have your greens, it's going to have a certain vegetable-like taste as part of it," he said, remaining realistic about the fact that there are some whose palates it won't please.

Bogusky's third challenge is admittedly more of a desire. "We want to take what I think is a very nichey, hippy sort of space of greens and move it mainstream. It's amazing the difference that packaging and presentation can make into someone's acceptance. We know that, and we're designing it to have a broader appeal." Providing perfect anecdotal evidence, his daughter still reaches for her cartoon character brand of greens each morning, even after choosing Skoop in an at-home blind taste test.

"We really do respond to the presentation. Greens have been presented, I think, largely in this crunchy granola sort of way. And yet, to me, I think it's a category and a product and a way of starting the day and supplementing your nutrition that should go much broader. That's a great challenge; that's a challenge that we embrace, and we're like bring it on," he said.

Of next steps and lofty goals

Still TBD, Bogusky envisions that the supplement will be sold direct to consumer and through social sellers. "Down the road, we're going to make the product a little bit more customizable so that your Skoop formula might be a little bit different than mine based on age, activity, blood type. And so trainers and yoga instructors and people like that can give you that level of support that I don't think we can do just straight retail."

At 50 calories, Skoop isn't quite a meal replacement, and Bogusky thinks of it more as a good-choice kick starter. "What we're concerned about is what a lot of people are concerned about—obesity, and we think that obesity is linked to a couple things. One is, it's a lot of bad decisions; it's not one bad decision." It's also associated with the body being hungry, so that when we're grazing on processed foods, we're never getting a full "packet of nutrition." Starving, we'll eat and eat and eat.

"So the notion of this product is, first thing in the morning, start off with points on the board," he said, guessing that most Americans have not "had this complete of a package of nutrients in their body" their entire lives. A sad statement, in his opinion, being that "we live in the greatest country in the world; we all have so much abundance, but we're really starved nutritionally." On the flip side, good decisions beget more of them.

"You know how we are as beasts. If we make a mistake, then you're sort of like well screw it… have a hamburger for lunch. And we're also pressed for time," Bogusky continued. Taking on the day by taking in something speedy and wholesome raises the health bar. "Come lunchtime, you can make a smarter decision, and then so on and so on." 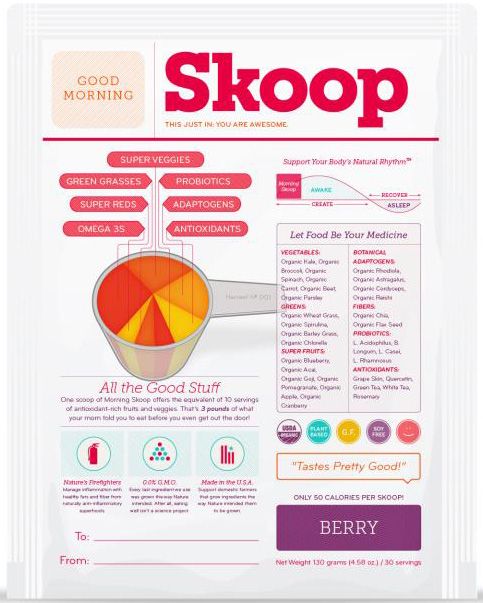 In berry and cocoa berry flavors, the package reads: Tastes Pretty Good! "Because greens don't taste very good in general," he chuckles. "Over time, I think you actually get so that you really start to like it. I have, but it's a bit of an acquired taste."

With that in play, Skoop may be well on its way to hitting that most transparent target. Either way, chances are that setting sights this high doesn't intimidate this product pioneer, who thinks that the notion of delusional optimism is a quintessential trait all entrepreneurs share.

Alex Bogusky: If Boulder stops GMOs, others will follow
Sep 09, 2011