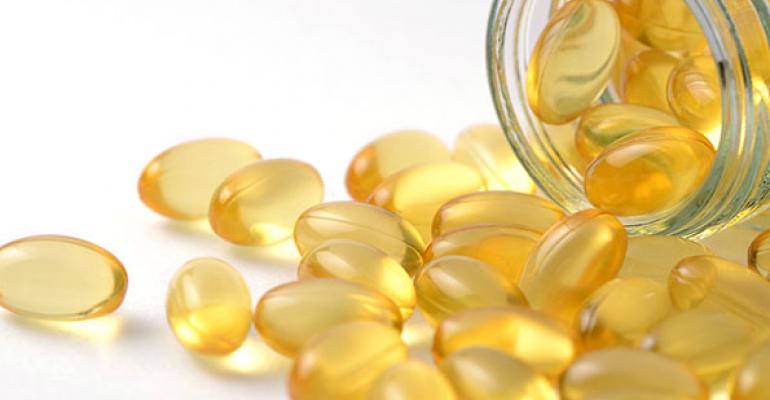 Omega-3 supplementation may help slow cognitive decline in older adults, especially those who have mild cognitive impairment, according to a new study.

The results of the study were presented last week at the eighth International Conference on Clinical Trials for Alzheimer’s Disease in Barcelona, Spain. Alzheimer’s disease is the most common form of age-associated dementia, accounting for 60-80 percent of all dementia cases. The study's results will assist the medical community in assessing the benefits of nutritional solutions in supporting brain health.

The Multidomain Alzheimer's Preventive Trial (MAPT), led by principal investigator Dr. Bruno Vellas, M.D., geriatrician and professor, University of Toulouse, assesses the efficacy of supplementation with omega-3 fatty acid, multi-domain intervention or a combination of the two on the change of cognitive functions in subjects 70 years and older with subjective memory complaints for a period of three years. MAPT consists of nutritional counseling, exercise and cognitive and social stimulation, with omega-3 fatty acid supplementation. A group of nearly 1,700 older adults with memory complaints, slow walking speed, and limitation of at least one instrumental activity of daily living were enrolled in the study. Participants were randomized to one of four groups: placebo, omega-3 supplementation (800 mg docosahexaenoic acid per day), placebo plus multi-domain intervention, and omega-3 plus multi-domain intervention.

Six months after starting the program, and then again at 12, 24 and 36 months, the participants were tested using a composite battery that evaluated cognitive domains, including episodic memory, orientation, executive function and verbal fluency. A secondary analysis showed that participants with low baseline DHA also showed significant benefits from the multi-domain intervention plus DHA supplementation.

The clinical outcome clearly shows that omega-3 plus a healthy lifestyle (good nutrition, exercise, cognitive and social stimulation) can help maintain cognitive function as we age.  Participants receiving the multi-domain intervention plus DHA also resulted in statistically significant improvements in brain metabolism compared to controls. The results were more pronounced in people with the genetic marker ApoE4, and in those with evidence of amyloid deposition in the brain. By measuring red blood cell concentrations of DHA, people who could potentially benefit from omega-3 supplementation might be identified. This research adds support to previous studies showing that omega-3 supplementation supports brain function.