PBS leads the assault on supplements 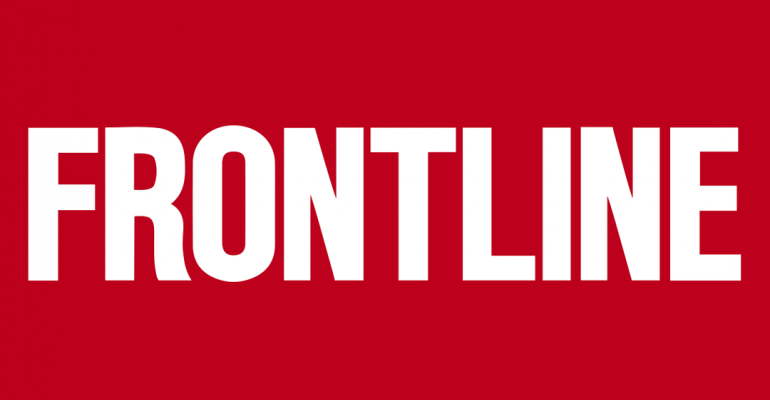 The program appears to be not just the usual slam against the industry but a more coordinated campaign attacking key categories within the industry.

If we’ve concluded anything in the last year, it’s that the New York Times is the willing mouthpiece for attacks on dietary supplements. When the New York attorney general’s office announced its sting operation last February against the four biggest supplements retailers, the Times was right there with the story. It took a rival story in the New Yorker to point out the obvious – that the test used (DNA barcoding) was inappropriate for testing botanical extracts, had in fact been roundly criticized a year earlier by academia and industry alike when DNA was first used in a published study to study extracts.

But for the New York Times, that wasn’t enough to get in the way of a good story. Like, you know, WMDs in Iraq.

So when public television in America aired a show slamming supplements on Tuesday night, it’s notable that the production was a collaborative effort between the PBS investigative series, “Frontline,” the New York Times and the Canadian Broadcasting Corporation. The Times, of course, wrote a breathless story about the PBS show in print the day the show aired. As if by design.

The hour-long “Frontline” show focused on the quality of supplements, in particular omega-3s – which is certainly a shot across the bow, because when the essential fatty acid sector really took off at the turn of the century, the first thing all suppliers did was agree to a quality monograph that set baseline standards for heavy metals and impurities. It was a masterstroke of an idea, because that minimized the odds of having to deal with quality problems with fish oils.

Until now, thanks to this media-induced scandal.

“I was interviewed for this piece,” wrote Adam Ismail, executive director of the Global Organization for EPA + DHA Omega-3, in the New York Times comment section Tuesday, “and one of the points I made that was edited out is about the evidence supporting the cardiovascular benefits of omega-3s. I told the reporter that every single meta-analysis of randomized controlled trials on omega-3 supplementation that has looked at cardiac death has found statistically significant 9-30 percent reductions in risk. That every one of these studies has found a positive effect is a level of consistency you do not often see in nutrition studies. There is a similar level of evidence on reducing triglyceride levels and blood pressure as well.”

And for additional red meat thrown to conspiracy theorists, the United Natural Products Alliance informed us that a PR campaign has been launched by Amarin Pharma—the only omega-3 prescription drug manufacturer—to use medical doctors as spokesmen to question the quality and safety of omega-3 supplements. Read between the lines: Consumers should use only prescription omega-3s.

And indeed the “Frontline” show compared pharmaceutical-grade fish oil to supplement fish oil, and when they talked about the omega-3 essential fatty acids—"believed by many to be essential for health” (read: but not by us)—they were quick to show industrial quantities of anchovies running through a chute. It looked slimy.

The show used the time-worn canard that the supplements industry is “unregulated.” But the truth of the matter is that supplements are very much regulated.

"Any portrayal of the supplement marketplace that omits or belittles the existing laws and regulations and the commitment of the best supplement marketers is inherently misleading," said Michael McGuffin, president of the American Herbal Products Association.

The real issue is that supplements are regulated in a different way than are pharmaceutical drugs. That’s because under federal law, dietary supplements are regulated like food, not drugs. There’s no drug-like pre-approval by the FDA, but neither are there for foods, and that’s because supplements are an inherently safe class of consumer products, just like food. Sometimes people die of E. coli in their spinach or because of poisoned peanuts. That doesn’t mean there’s a problem with food safety. Just that, in an industrialized food-production world, sometimes, well, food happens.

Meanwhile, properly prescribed pharmaceuticals dispensed in hospitals have been shown to kill 106,000 Americans a year, according to the Journal of the American Medical Association.

The number of Americans killed by supplements can be counted on one hand.

Much hay was made earlier this year when a report came out in the New England Journal of Medicine saying that 23,000 Americans suffered adverse events from supplements in a year. Which might sound like a lot (it’s still less than one-quarter the number of people who die from properly prescribed drugs, let alone the epidemic of drug overdose deaths from opioids these days). But the vast majority of these adverse events reports were of two categories: young women overcaffeinated on energy drinks, and elderly people with swallowing issues.

So. Yes, there are some quality-control issues with some supplements. And yes the problems seem to trace back to shoddy supply-chain management issues. But no, we cannot get all the nutrition we need from food alone, not in today’s nutrient-poor, GMO-laden, comfort-food fast-food world. And so yes, supplements are a quality and affordable investment in your health. Carry on.