HomeProducts and TrendsVitamins and SupplementsPharmachem extends Phase 2 brand with DietSpice
Recent
Latest
3 reasons natural retailers are inflation-friendly shopping destinations
May 25, 2022
Sponsored Content
Organic agriculture and its impact on ingredients and the planet – webinar
Sponsored Content
The goodness wrapped in a certified organic seal – video
Podcast: What brands need to get on shelf at Fresh Thyme Market
May 24, 2022
Trending
Getting ready for 2023: Trends for brands to consider
May 17, 2022
6 tips to promote consumer understanding of Certified Organic
May 18, 2022
The Planting Hope Company aims to prove gender equity leads to success
May 23, 2022
Natural beauty market trends
Jun 16, 2021 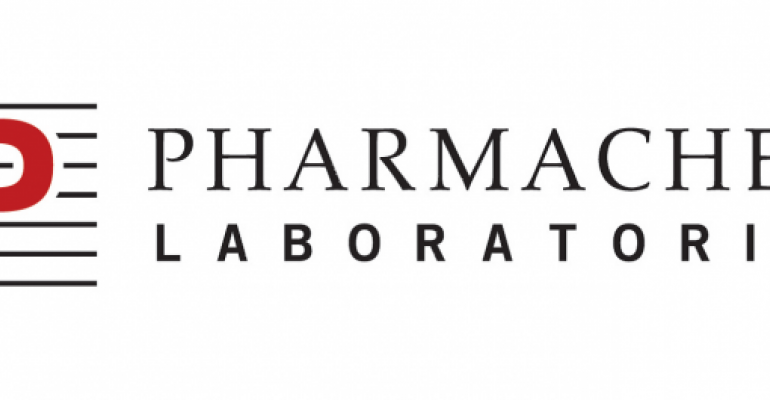 DietSpice is formulated to help people lose weight while they eat, in the form of delicious functional seasonings that are sprinkled atop or mixed into healthy meals.

DietSpice, new from Pharmachem Laboratories Inc., the maker of Phase 2 Carb Controller, adds a new dimension to the growing category of functional foods. DietSpice is formulated to help people lose weight literally while they eat, in the form of delicious functional seasonings that are sprinkled atop or mixed into healthy meals.

"There are many people who balk at swallowing more pills to derive health benefits or specific objectives, and for those who want the benefits of reduced carbohydrate absorption, DietSpice was formulated to provide that benefit in a more wholesomely appealing way," explains Mitch Skop, senior director of new product development for Pharmachem.

“Because of its versatility, we think our manufacturing customers will readily see the marketing advantages of this new delivery system for Phase 2. It’s also a concept that is so easy for consumers to understand: use the tasty seasoning in their foods, and the seasonings will immediately start going to work. Plus, there is definitely a 'yum' factor, which of course is a priority for consumers."

Skop adds that most consumers who commit themselves to healthier eating are unwilling to sacrifice the satisfaction of eating tasty, substantive food. Whether it's pasta, potatoes, rice, breads or cereals, DietSpice adds popular flavors—Italian, Asian, Butter & Spice, and Cinnamon Sweetener—with the benefits of Phase 2, an ingredient with more than a dozen human clinical trials demonstrating weight loss benefits.

"There are numerous food-by-mail programs, various restrictive diets, and most restaurants have a smattering of healthier, lower-calorie fare," Skop observes. "People are willfully trying many of these—which do contain carbohydrates—in their attempts to lose weight. During their weight-loss process, adding DietSpice to any of these foods will help them achieve their goals—and remain satisfied."

As part of the lengthy R&D process that led to DietSpice, Pharmachem subjected Phase 2 to third-party sensory evaluations by the Tragon Corp. Testing found that the ingredient does not affect the taste or texture of foods in which it was added, including baked goods.

"This evaluation was significant as it shows that Phase 2 is a "food-friendly" material; viable in a wide range of packaged and prepared foods, and therefore, with the ability to open up a whole new "carb-conscious" food sector.

As a functional seasoning, DietSpice provides numerous flexible packaging options, from individual stickpacks—to boxes of assorted flavors—to actually incorporating it into frozen foods. Each stickpack contains a 1,000 mg of Phase 2, a dosage shown in studies to reduce starch absorption and aid in weight loss.

A recent placebo-controlled 12-week study, published in the journal Obesity, showed that from as early as week four, subjects who took the supplement lost significantly more weight than their placebo counterparts. The same trend was observed in the body fat mass measurements: The Phase 2 group showed a significantly more marked reduction compared with the placebo group at weeks four, eight and 12. The authors concluded that the body weight reduction stemmed from loss of fat mass, not muscle mass.

A 2010 meta-analysis conducted by J. Udani et al, concluded that in totality, studies performed with Phase 2 on people who were overweight or obese indicate that it reduces the rate of absorption of carbohydrates, thereby reducing the GI of foods. The evidence also indicates that Phase 2 promotes weight loss when taken concurrently with meals containing carbohydrates.

"DietSpice has been formulated to be a tasty, easy-to-use enhancement for foods so that consumers are indeed taking the supplement concurrently with meals," Skop says.