What&#39;s the outlook for krill oil? Adam Ismail, executive director of the Global Organisation for EPA and DHA Omega-3s, dives into the sustainability, nutrition and market issues that will determine the future of this intriguing omega-3 oil.

Q: How is krill oil better than fish oil?

A: Well, it is different. The primary difference is that krill oil contains omega-3 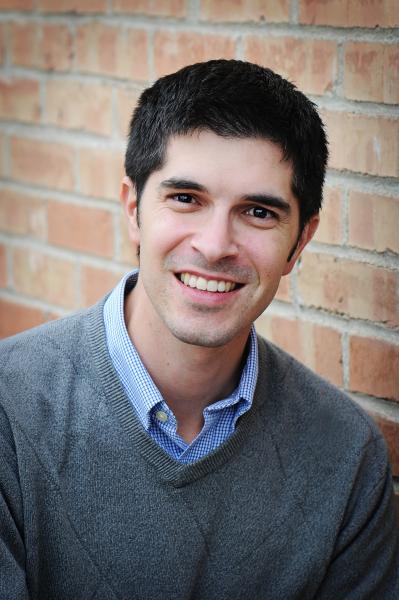 phospholipids. The science is still emerging in this area, but researchers are trying to figure out if the phospholipid form of omega-3s provides a long term, more efficient process for incorporating omega-3s into the body. There are other forms of phospholipid omega-3s, such as forms made from salmon roe and salmon heads, so krill oil is similar to those omega-3s. But krill oil is a commercial oil source that's at a higher scale.

A: There's a lot of research on EPA (eicosapentaenoic acid) and DHA (docosahexaenoic acid). Krill oil is a source of EPA and DHA, so there's science on that aspect of krill. As for research on the unique benefits of krill oil, it's not at the level of fish oil or algal oil. It's getting there, and it's evolving rapidly. Companies are investing heavily in science. I think that's a positive for krill oil. In the fish oil sector, which is much more mature and a commodity, you don't see the same level of investment by companies in science.

Q: How much of the omega-3 supplement market is now supplied by krill?

A: We did a research project with Frost & Sullivan, and they estimated that at an ingredient level worldwide, there's $81.5 million dollars in krill oil sales compared to $1.45 billion for the overall EPA/DHA market. It's still a small part.

Q: How did the Whole Foods Market ban on krill oil supplements impact the sale of these products in the broader natural products market?

A: Whole Foods is a big player in the natural foods channel, so it definitely has an impact on how much is being sold in that channel. As far as other retailers following suit, it hasn't expanded beyond Whole Foods.

A: Krill oil is still pretty novel and not a lot of people know about it. A lot of the concern about the Whole Foods action was actually within the industry than in the consumer press.

Q: Why would consumers take krill oil instead of fish oil? What should they consider?

A: I think that one of most important things to do—and this applies to all omega-3 supplementation—is to figure out your omega-3 index, which is a measurement of the amount of EPA and DHA fatty acids as a percentage of the total fatty acids in your red blood cell membranes. To determine this, you can take a blood test from the Internet or through your doctor. Then, you'll get a target omega-3 index. Usually people say that between 8 and 12 is the target because that's what the Japanese and Icelandic populations tend to be, and they're the ones with the lowest heart disease rates. The typical American is from 1.6 to 2—dramatically different. The idea is to figure out the target you want in your body and start supplementing to get to that level. You can experiment with krill, fish or algal oil and work over time to get to your target.

But the blood tests can sometimes be expensive. If you can't afford them, the other approach is to target your EPA and DHA toward a specific daily intake. Most nutritional scientists today recommend a minimum of 250 mg of EPA and DHA per day up to 500 mg. The Japanese government actually recommends more than 1 g a day.

Q: One of the downsides of fish oil is that it contains mercury, which has to be removed. What about krill?

A: Krill oil is a marine product, so it does have issues like anything else from a marine environment. But because Antarctic krill is harvested in an area where there's low contamination in the water, it’s less of an issue. Krill oil companies are working on a krill oil monograph, and they agreed that the same standards for heavy metals that fish oil meets are no problem for them to meet.

Q: Does the harvesting of krill for supplements rob whales and other sea animals of their food? Can it be sustainably harvested?

A: For the long term growth of this category, I think there needs to be more work done on krill's sustainability. But at our January GOED exchange conference, one of the speakers was Dr. Simeon Hill, from the British Antarctic Survey and one of the world’s leading krill environmental scientists. His view was that the amount being produced today is most probably sustainable.

The Commission for the Conservation of Antarctic Marine Living Resources, a multinational treaty organization that governs krill fisheries, has set a sustainable catch limit. The amount being caught today is extremely low compared to that limit. It's not even close. CCAMLR sets the catch limit at 9.3 percent of the biomass that's in the ocean. The operational trigger limit is only 1 percent of the current estimate—that's the super conservative estimate. I believe what's being caught today is 200,000 tons of krill oil. The estimated total biomass is 379 million tons.

The question is: Can you go up to the limit set by CCAMLR and still have a sustainable production?

A: It's a rapidly emerging market.  The key challenge—and all the krill oil companies acknowledge this—is that in order to sustainably manage the fisheries from this point forward, we’ll need cooperation  and involvement and much more research. The same applies to the health benefits. Even more research needs to be done.

A: Krill oil supplements tend to be a premium priced product. The big concern is that there are some very cheap krill oil products out there.  The price is so low that it's impossible to see how they could produce it at that cost. The worry is—and some analytical research has shown this to be true—that these products might be just fish oil with some added soy phospholipids. This is a real challenge and quality issue for the krill space. If it seems too good to be true, it probably is.

Q: Why are we pursuing krill oil, considering all the challenges?

At the end of the day, the need for omega-3s is so great that every single source of omega-3s needs to be developed. Krill oil will be an important part of that as will be fish oil and algal oil. Even the genetically modified plant oils that haven't come to market yet will be important. Otherwise, we won't have enough to supply what the human population needs.

Q: Do you take krill oil?

A: I actually take many different kinds of omega-3s because that's the nature of my job. So, yes, I take krill, fish, algal. I eat omega-3-rich foods. I don't drink infant formula, though.