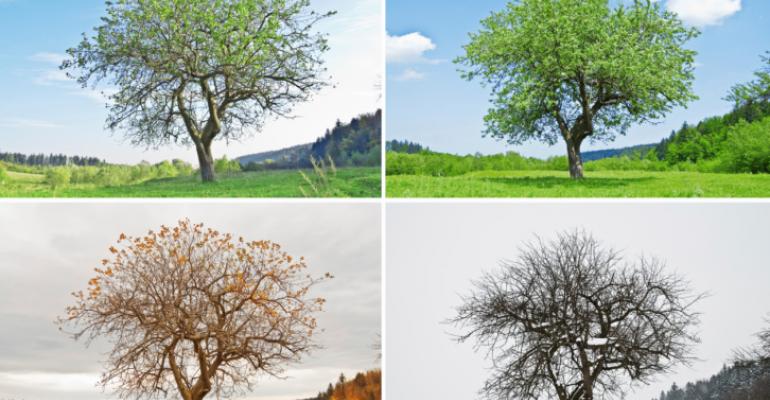 Consumers are becoming more proactive about their health, which has turned immunity supplements into a popular category throughout the year. Check out nine products that will keep customers&mdash;and your store&mdash;healthy.

These days, the immunity section of Ritzman Natural Health Pharmacy never gets a moment of peace. “It’s an active section year-round,” says Janine Black, retail operations manager for the nine-store chain in Ohio. “Sure, you get a spike during a bad cold and flu season, but it’s never a quiet section.”

Consumers are becoming more proactive about their health, which has turned immunity supplements into a popular category throughout the year. “Most of us have been trained to wait until we’re sick and then do something,” says Gary Kracoff, ND, registered pharmacist for Johnson Compounding and Wellness Center in Waltham, Mass. Now his customers ask how to fend off bugs before they attack. “We’re getting more of those questions, which is great because it’s easier to help a person stay healthy rather than get healthy,” he says.

Fueled by consumer demand for continual protection against sickness, along with new research support for natural options, U.S. consumer sales of cold and immunity supplements climbed to nearly $2 billion in 2010—a 1 percent gain over 2009, according to Nutrition Business Journal.

Although cold and immunity supplements sales remained healthy in 2010, their growth paled in comparison to the 7 percent rise in 2009 and 10 percent expansion in 2008.  “H1N1 gave immunity supplements a very meaningful boost in 2009 and 2008,” says Marc Brush, editor-in-chief of Nutrition Business Journal. “As those sales leave the data set, it makes sense that growth rates slow.”

The H1N1 flu scare may be over, but the sales trajectory of immune supplements remains upward, as new science-backed ingredients emerge and old standbys continue to bolster the category.

What should you stock in your immune-support section? Here are nine brand picks in three product categories that could help drive sales all year long.

Vitamin C certainly isn’t new, but it’s a perennial favorite. The nutrient’s enduring popularity as a form of health insurance “is a given,” says Black. “In fact, we stock chewable vitamin C in our cough/cold section in our [general] supplements section.”

A 2006 review of studies published in Annals of Nutrition & Metabolism concluded that vitamin C improves immune system function and helps the body resist infections. Although some research has found that the vitamin doesn’t necessarily prevent the common cold, it may help reduce the severity and length of symptoms, suggesting it plays some role in respiratory defense mechanisms.

For fending off sickness all year long, however, vitamin C has its shortfalls. It’s acidic and thus hard on the stomach if taken frequently. But C must be taken frequently because it’s water soluble and can’t be retained by the body.

Still, among vitamin C products for cold care, Ester-C remains the top dog, ringing up $3.7 million in natural channel sales and growing nearly 6 percent from May 2010 to May 2011, according to Schaumburg, Ill.-based market research firm SPINS. “The benefit of Ester-C is its neutralization, which buffers the ascorbic acid that can have bad effects on one’s stomach,” says Todd Runestad, editor-in-chief of Functional Ingredients magazine. “This buffering enables you to take more of it.” And, thanks to its nonacidic nature, your customers can take Ester-C—appropriately called  “The Seasonless C” in American Health advertisements—all year for immunity without risking tummy troubles.

With a recent outpouring of scientific support and several new product launches in the category, beta-glucans—immune-building polysaccharides in mushrooms, yeast and oats—will likely gain ground. “Even ingredients that have long cultural use or strong use in traditional medicine for colds and flu need to have in vitro studies showing an antiviral effect or immune-stimulating effect, along with absorption and safety studies, and studies supporting the traditional dose,” says Christopher Hobbs, director of herbal science for Santa Cruz, Calif.-based Rainbow Light.

Medicinal mushrooms, for example, are being widely accepted in the marketplace because of the extensive science developing round them, according to Hobbs. In August 2010, Rainbow Light launched Certified Organics Mushroom Therapy, a blend of shiitake, maitake, reishi, cordyceps and trametes mushrooms. “Our formula contains the top mushrooms that I have chosen based on years of experience and combing the research,” Hobbs says. “They’re in a form that is stable and where the active ingredients, beta-glucans, are readily accessible to interact with the immune system as they pass through the gut, maximizing activity.”

EpiCor, a yeast-derived ingredient with beta-glucans that’s made by Ankeny, Iowa-based Embria Health Sciences, has several studies backing it up. One, published in the Journal of Alternative and Complementary Medicine in 2010, showed that the ingredient reduces cold and flu-like symptoms in non-vaccinated individuals. Another revealed that people taking EpiCor daily had 26 percent fewer sick days than those in a placebo group. EpiCor is now in several supplements, including Garden of Life’s Immune Balance Daily and NOW EpiCor Plus Immunity.

“Wellmune WGP primes key immune cells using a natural mechanism that has evolved with humans,” says David Walsh, vice president of communications for Eagan, Minn.-based Biothera. By design, therefore, the ingredient is safe to take every day. “In contrast, some other immune supplements are really immune boosters that artificially stimulate certain aspects of the immune system,” Walsh says. “They are usually recommended to be taken at the first sign of symptoms and discontinued after a short while. Long-term use of supplements that overstimulate the immune system may be harmful.”

Wellmune has at least six clinical studies to support its effectiveness. In one—a 2009 study published in The Journal of Applied Research—people taking Wellmune (versus placebo) had fewer fevers and sick days due to cold-like symptoms. Another study yet to be published shows that Wellmune curtails upper respiratory tract infection symptoms during the cold-flu season.

“We’ve always sold a lot of probiotics,” says Kracoff of Johnson Compounding and Wellness Center. “But now people are realizing that they need a healthy digestive system for a healthy immune system.” Like a well-maintained lawn that can fend off weeds, Kracoff says a healthy gut can fight off invading organisms.

At Ritzman Natural Health Pharmacy, only about 25 percent of probiotics customers take beneficial bacteria for immunity, but that number is increasing. “People start off with digestive issues and take probiotics for that,” Black says. “Then they realize the benefits in relation to immunity and become ongoing customers of probiotics.”

Several studies support the advantages of the probiotic bacteria Lactobacilli and Bifidobacteria for cold care and immunity. A 2011 study published in Nutrition Journal showed that male athletes who took Lactobacillus fermentum for 11 weeks had 30 percent reduced length and severity of respiratory conditions compared to those taking placebo. Another preliminary study presented at the International Scientific Conference on Probiotics and Prebiotics in Kosice, Slovakia, found that people who took Copenhagen-based Danisco’s probiotic strain Bifidobacterium lactis Bl-04 had fewer, shorter and less serious upper respiratory tract illnesses. Danisco’s Howaru Protectprobiotic formula—a blend of Lactobacillus acidophilus NCFM and Bifidobacterium lactis Bi-07—also warded off cold symptoms better than a placebo in subjects of a 2009 study published in Pediatrics. But don’t look to stock Danisco’s Howaru Protect yet—thus far, only health care practitioners can sell the probiotic combination.

Another development in the probiotics category: adding prebiotics, or soluble fiber, to immune formulas. Probiotic Immunity from Brattleboro Vt.-based organic supplements company New Chapter contains 10 strains of live probiotics cultured together with prebiotics, including organic elderberry. According to Steven Young, PhD, principal of consulting firm Steven Young Worldwide, and North American technical adviser to Matsutani America, creator, maker and marketer of Fibersol-2 prebiotic, probiotics “feed” on prebiotics. Combining the duo into one product can enhance probiotic growth, he says, but only if formulated properly with compatible and proven probiotic strains and prebiotic ingredients.

Prebiotics included or not, formulation of probiotic products is a tricky business, according to Kaori Shimazaki Dadgostar, PhD, technical specialist for Los Angeles-based Jarrow Formulas. Each bacteria behaves differently and offers varying health gains. “It’s important, although challenging, to select a combination of probiotics that can provide maximal health benefits without any potential compatibility issues,” Dadgostar says.

Another concern: product stability. The wrong environmental conditions—temperature, moisture, oxygen—can kill off probiotics, as can acidic environments, including the stomach, Dadgostar says. Make sure the probiotic products you carry are shelf stable (or, if not, keep them refrigerated) and have enteric coatings to help keep the probiotic bacteria alive as they pass through the stomach and release into the intestines.