What P&G's New Chapter acquisition means for the natural industry 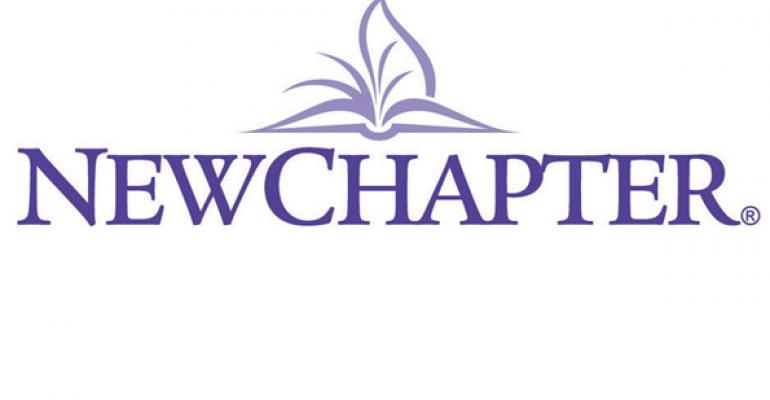 Following a feel-good deal between P&amp;G and New Chapter last week, execs on both sides of the acquisition are spreading the intention to not &quot;mess up the magic&quot; of New Chapter. We dive deep into P&amp;G&#39;s acquisition, including what it means for natural retailers and the future of the supplements company.

Making a huge foray into the dietary supplements business, Procter & Gamble closed a deal on March 15 to purchase Brattleboro, Vt.-based New Chapter Inc., a leading supplement brand within the natural retail channel. Financial details of the purchase were not released.

In a memo to New Chapter employees, the company's co-founder, Paul Schulick, said that the acquisition would open up "countless opportunities" for New Chapter. "Procter & Gamble has the ability to turbocharge our mission while sustainably delivering the wisdom of nature to people and the planet in ways we never even imagined," Schulick wrote.

"Of utmost importance to us as founders is the assurance we have received from Procter & Gamble that New Chapter will be a wholly owned subsidiary with headquarters remaining in Brattleboro," Schulick wrote in his employee memo. "They have also assured us that no significant changes in jobs, compensation, benefits or business processes are planned. So let me repeat that: jobs remain the same and we are a standalone entity."

Thomas Finn, president of Global Health Care at P&G, told the Reformer that his company does not want to "mess up the magic" that has made New Chapter so successful within the growing world of dietary supplements.

Founded in 1982 by Schulick and his wife, Barbi, New Chapter is known for its high-quality formulations and commitment to organic supplements. The company makes a wide range of products that include organic, whole food multivitamins, the Wholemega fish oil brand, LifeShield Mushroom line and Zyflamend suite of products.

Janica Lane, a partner at Partnership Capital Growth, concurs that New Chapter represents "another best-in-class brand" for the P&G portfolio, which includes Tide, Gillette, Iams, Downy, Duracell, Ivory, Pantene and others that are among the "best brands in the CPG world," Lane said.

Along with being a leader within the small but growing world of organic and whole food supplements, New Chapter is also known for its loyalty to the natural retail channel, said Bill Crawford, director of retail programs at New Hope Natural Media. "[New Chapter] is a direct line, with high retail profit margins, a very strong consumer ad spend and a history of only supporting the natural channel."

Given that it has stakes in just about every other part of the consumer packaged goods world, Lane said it's not surprising that P&G would dip its toe into dietary supplements. Although supplement sales expansion has slowed over the last few years and the industry continues to weather questions regarding product quality and integrity, supplements remain a thriving business and are viewed as an essential health and wellness tool by many consumers.

"We at PCGA have long said that none of the major food and CPG companies can afford not to have a presence in healthy, active and sustainable living, and P&G is no exception," Lane said.

But why would P&G—a company that has little experience in the supplement sector—buy New Chapter now? This is one question now hovering over news of the deal.

As Schulick told the Reformer, he wasn't looking to sell the company when he began searching 18 months ago for additional funding to help fuel New Chapter's growth. And yet, once P&G made its undisclosed offer to buy New Chapter, Schulick said he knew the time was right to sell because doing so would enable New Chapter to accelerate its global expansion plans, add more "marketing muscle" and more confidently navigate the increasingly murky landscape of supplement regulation.

"Procter & Gamble shares our commitment and fascination with innovation and has the resources to dramatically boost our research and development of new products," Schulick wrote. "We will even enrich our philanthropic and sustainability platforms by joining with a force deeply committed to humanitarian efforts."

According to Elizabeth Bankowski, chair of the board of New Chapter, P&G was not the only company to bid for New Chapter but it won out because of the ownership model built into the bid. "It's a model we really hoped to have," Bankowski told newhope360. "It's very much the Stonyfield model [in that New Chapter will remain] a standalone, wholly-owned subsidiary. The only job change is Procter & Gamble is sending in a CEO. We're still employees of New Chapter."

Prior to the P&G acquisition, New Chapter was privately held by 125 shareholders, none of whom owned a controlling interest, Bankowski said. "P&G bought the shares, so we have a single shareholder now."

P&G's Finn told the Reformer that he "fought very hard" to make the acquisition happen after his first meeting with New Chapter. "I said that we had to do this, and we had to do it in a way that did not mess up the magic that has worked for so long," Finn said.

What the acquisition means for natural retailers

P&G is saying that it doesn't want to "mess up" the model that has made New Chapter so successful to date—and New Chapter's Paul Schulick himself says that he is confident "no significant changes" are being planned for the supplement maker.

Despite such assurances, however, many natural products retailers are likely chewing over a crucial question: How will P&G's ownership change New Chapter?

One scenario being discussed is that the consumer products giant will indeed opt to keep things pretty much the same by continuing to invest in product innovation and remaining focused on directly serving the natural channel. Of course, it remains to be seen whether the brand is able to maintain its strong relationship with natural products retailers under its new ownership structure.

Another scenario being floated is that P&G will expand New Chapter's distribution to food, drug and mass—a channel it knows intimately well.  "It will be very interesting to see how P&G leverages its brand marketing prowess and global distribution in the FDM channel with New Chapter," Lane said. Such a move could alienate the New Chapter brand with natural products retailers and open up the door for other organic and whole food supplement brands such as MegaFood and Garden of Life to gain stronger footholds within the natural channel.

P&G could also conceivably cut the New Chapter line to focus on the small number of best sellers that comprise the majority of the brand's sales and profits. This scenario played out for Enzymatic Therapy after the supplement maker was acquired in 2008 by Dr. Willmar Schwabe Pharmaceuticals of Germany and integrated with Nature's Way (another Schwabe-owned supplement company).

What's in store for New Chapter

Although only time will tell what is actually in store for New Chapter, some natural products retailers are already bemoaning the purchase. "My feeling is that New Chapter will never be the same," said Arnie Gitomer, co-owner of Willner Chemists in New York City. "P&G will bring its own methods and limit spending on various initiatives."

Other longtime New Chapter retailers are taking a wait-and-see approach. "This is a huge win for P&G shareholders, but a major change for the industry," said Taylor Hamilton, owner of Tunie's Natural Grocery & Vitamin Supercenter in Coral Springs, Fla. "Right now, we just don't know what's going to happen. Initially, I don't think a lot will change, but one or two years from now, who knows?"

Crawford said that, regardless of how they feel personally about the P&G purchase, some retailers are likely to begin immediately changing how they position New Chapter within their stores.

"I could see the brand getting bottom shelved at many stores, possibly as early as next week—all in anticipation of New Chapter moving into mass market distribution," Crawford said. "This would not be petty or childish; it would be smart. Natural channel stores are specialty retailers. They lose when lines that they focus on are in mass distribution."